Successful business magicians out there

Are any of you sucessful business men/women out there? Im having a lot of trouble getting my mundane mind to do what it needs to do for business while practicing magick and I need a balance. Or, i need a break from magick for a month or so. Rather not. Help please if you’re out there

Don’t separate magic from mundane. As for serious consistent money for me it was a mix of Toney Robbins tactics and visualisation of both the end goal and the process to get me there that got me stronger results than evocation or any other magic.
I had 650-680 and turned that investment into 15 thousand in a week.
Mind you I got very little sleep, two hours a day at worst 4 at best. I was also on nootropic drugs.
Soo. Get into peak psychological state, visualise, writing down specific targets (mine was 14k got up to 16 then did a lot of mistakes that lost a thousand.) be aware the target will push you but also limit you in a way. Break down the target to smaller manageable daily goals.

Im a good business man, but I was not involved in magick, now I am, but feel a sense of… im not sure how to explain it, but i feel i guess as if every time I start to think business wise, it pulls me away from my magickal state. Does that make sense?.

I love tony robbins. I did his 3 day business boot camp course. Cost me 10 G’s but was fkin awesome

Im having a lot of trouble getting my mundane mind to do what it needs to do for business while practicing magick and I need a balance. Or, i need a break from magick for a month or so. Rather not. Help please if you’re out there 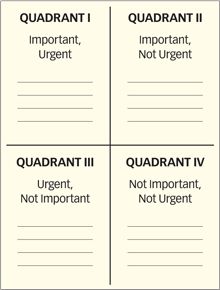 Two: if you think it, ink it - carry a paper and pad, any idea for thing you must do or research etc, get it down. My strong advice is do not fuck about with digital, by the time you opened the app or whatever it’s gone, and our brains have a different memory fro things written down (I’ll spare you the neuroscience).

So that could be “Get old laptop from cloest” because you’re going to search for material to upload to facebook, or “Move stack of magazines to clear sit-up space” - it WON’T be “Sort FB” or “Sort space” - it’s a single clearly defined action.

Keep doing “What’s next?” (that’s from a book called The Power Of Now) to break huge Projects into clearly defined stesp, you don;t need to TAKE eachj Next Action but you do need to know what it is and that means having it on a list, because if you think it, ink it.

i feel i guess as if every time I start to think business wise, it pulls me away from my magickal state. Does that make sense?.

That’s probably telling you something. Does this post ring any bells for you?

Thanks! I was myself inspired by David Neagle, he posted a video (can't remember which one) to the effect that when someone wants something but then loses motivation early on, or tries really hard but results are elusive, it can be down to a values clash. In his example, because he trains salesmen and stuff, he was saying that the childhood programming of things like "Never try to make a person change their mind, money's the root of all evil" etc could still be powerful enough to undermine s…

it pulls me away from my magickal state

I get that, that’s why I say don’t separate the two. With mundane your owning everything you do and feel some detachment when doing magic like oh the spirit got me the money instead of I got me the money.

The trick is(and I need to remember this as well) to not separate the actions done.
The end of magic ritual is when you feel like you already achieve the goal. That’s why when actually doing the work for it there’s the cognitive dissonance.
Where as pure mundane there’s a constant drive until it’s done.
Do the ritual as normal then after when time for mundane m work get in state.

I feel like i need to step back into grinding mode, do magick as i need it, but i want to keep my mind clear. However doing business on my level, talking with the buyers of fortune 500 companies, i need to be sharppppp. Being in my magickal state, makes me feel less sharp. Does that make sense? As if my mind is sooo clear it doesnt allow me to think a million thoughts as I did as I used to… on the flip side I can 100% let my cognition take over, but then what happens to all the work I’ve done to get this far… am i making sense?

What would it take to make it work that way? What are the precursors and preconditions? Can you isolate then replicate these as needed?

I think i do understand, when people PM me here asking me to like evoke X spirit and ask them a thing, and i’m knee deep in some kind of (ordinary) work, that mental shift can be hard to switch on and off.

I would say you need better timekeeping boundaries, but also, find ways to trigger these states at will. You can probably trigger magick quiet-mind on, you just need a way to trigger creative-fountain mind.

You know those kids shows with the dot moving above the lyrics to a song or whatever?

If you imagine that’s your brain and the dot’s where it places its attention, maybe a spirit like Lucifer, Hermes or Kek could help you control where that dot goes and at what rhythm etc. Just a final thought on this, there are these messenger/isolate consciousness spirits inm many pantheons and one may click with you to be the gatekeeper and aid in changing states.

If you recall the mentat’s mantra in Dune, something like that you use to alter pace could work, it’s the opposite of the “count slowly to ten” to calm racing thoughts, and a spirit could give you guidance on the words/method/images.