Pazuzu and Me - Proves His Heart, proves His strength

I met Pazuzu two years ago, when more than 6-8 parasites attacked me and tried to steal my freedom, my thoughts and everything. Then I summoned Him, and He came, to destroy these parasites, and protect me.

And at that point, He decided to stay. He protected me from every kind of illness, told things about the future, and support me in every way you can imagine. I wished for Him, He knew and did for me, as well… Our relationship was deeper than a simple “sheep and lamb”, “protector and protected”.

We loves each other. 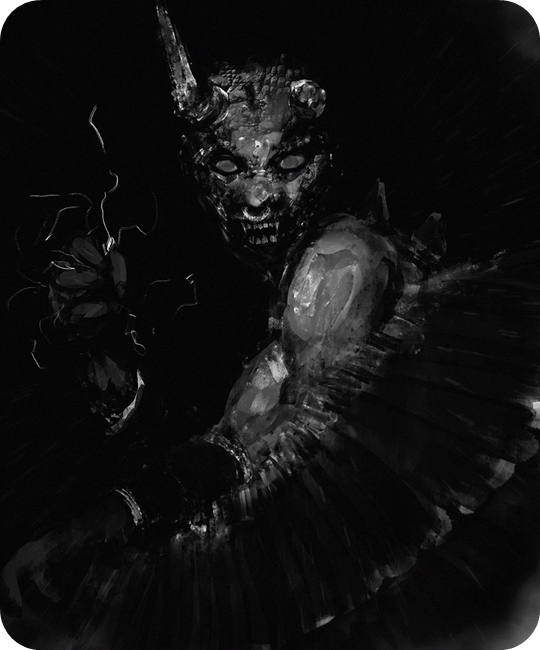 Now there is two mini story from our two years’ every day.

I was sitting at my Grandma’s table (because her customers are talking too much), and I was in “scatter-brain” mood, so I told my beloved Pazuzu:
― This is so boring! They should leave the house, finally… All right, I have a challenge for You.
― Mh. Let’s see.
― Kids have a really good senses, and their 3rd eyes opened at this age, so… I bet you can’t appear before that customer’s kid.
― An another bet from you? * He giggles *
― Ah, sure… it is always backfires when I playing this with You, nevermind then. * shrugs *
― Go on, you know how much I like them.
― Hah, you would not dare.
I turned back to the table, and played with my phone, but suddenly, that little child appeared in the door, and he was absolutely shocked. He is starred “something” at the tables another side (so clearly to not me), and he hides back behind the wall again and again, and he was in the edge of crying.
I was surprised either, but I clearly sensed Pazuzu’s presence on exactly that point where the kid starred.
― No… really, Honey!? * I whispered Him *
The child continued acting creepy scared, then ran out, and whispered to his mom with his trembling voice: “Mommy! Go! A strange man standing in the kitchen… Mom’! We have to go! Please take me home!”
He begged for 2 minutes to his mother who is absolutely ignored him, even when he grabbed her clothes, and tried to climb up on them. He came back to check Pazuzu is still there, and yes, He was.

After they gone, We’re talked about this dirty game, aaaaand my another lost bet.

When you want to steal “something” “what” is His

I talked with a guy, who loved me from 4-5 years, but he was nothing more to me just a good friend. He got attacked by Pazuzu several times and in forms. Via dreams, physycally, and He caused another incidents (f.e. car accidents). Pazuzu usually told me when He was about to strike down to this guy, before minutes the accidents (but He like surprise-accidents giving to me, haha). The only reason why this man is still alive, because I asked Pazuzu to keep him alive; he is an important person in my dark job connections (so yes, it is simply a strategy, nothing more

So we talked, and this man told me that:
― I know your Demon caused tons of shits in my life, and we hate each other endlessly, but my true love for you is stronger than my hatred and fear! Yes, I DO NOT FEAR HIM!
At this point, something horrible feeling filled in my guts. It was like a poisonous anger, sheer fury and hatred, mixed rampage of destruction. I know, these are not only my feelings, but Pazuzu’s feelings as well, mostly…
I whispered Him things to reasure Him, but I was angry, too

The guy went out to the kitchen, then suddenly, the kitchen’s windows are exploded in the near of him, and even the wooden borderings of them, got destroyed. He was totally shocked, and all of us know that this powerful sign came from my beloved Pazuzu’s anger, from Him.

What can I say? I love His humor, His strong emotions
and Pazuzu … thank You for your time from our last two years,
our present and future

These stories sound pretty full on, What were these parasites exactly?

No offence intended at all… Is this role playing or fan fiction type interactions with Demons? I am asking so I know what is real and what is not as boundaries get blurred sometimes. Is this a genuine interaction with Pazuzu or fiction as I plan to evoke him soon???

It is not fanfiction. These two story happened with me/Us. Building your relationship with a deity effectively and actively is important if you want to work Them longer.

I see. thank you. I have evoked Lucifer and others now for over 5 year weekly. I have fought to see or hear Demons by building my senses with a long hard slog. I am from a genetic line of Witches and I get great results but I have never had long conversations and sexual encounters like this with demons. Thank you .

I was never had the chance to experience in my early life human love and care. I worked Demons before, and cooperated with Them from my childhood, so They became my #1 companies.

This is an absolutely logically reaction and consequences. Peoole call it: Adapt. And this is the reason why I’m focuse building my relationship wirh Demons.

Naturally, I just use most of people for my cause, why I’m working and practiceing.

i see pazuzu everywhere!
i will call him today.

I did not knew too much about them, because things changed so suddenly, and I faced this situation (with so many parasites in the same time) first in my life.

Very first, I wanted to communicate with them (I was always curious towards spirits, even the aggressive ones, I tried to understand all of them), find a way to doing it well, but when I did some researches, I found Pazuzu’s name somehow, and then a wild ride started (I wrote about here).

I was curious to what kind of entites hanged on me, but got no time to find out, because when Pazuzu arrived, all of them vanished ~3-4 days before my first communication with Him. So I can clearly sense the changes around me.