What do you mean by “bump for belial”? Also, I know this is off topic, but I tried a ritual with King Paimon. That day, and for a few days after, I smelled rotton meat hanging over a chair I sit in to watch TV. Then that night, as I was drifting off to sleep, I saw the figure of a king, a middle aged to elderly guy with a crown. The spell was not successful. Did I “evoke” him?

Yeah, you did. Just because he showed up does mean he is going to do what you asked. There is a difference between listening to your request and doing it. Like, my son makes a bunch of demands all the time, but I don’t always give in to him.

Just showing him appreciation by moving this thread to the top of the forum that is all.

Do you think he dislikes me? The smell of rotten meat makes me think so.

Demons have preferences for certain people, or rather, they will put up with more bs. and grant more requests to their favorites. These preferences seem arbitrary kind of like cats, probably why demons have sometimes appeared as cats. As long as he didn’t mess up your car or break stuff, you should consider yourself lucky. You should really do some divination on your requests before evoking, get a feel for the entity. If you just want knowledge, demons are a lot gentler and more obliging.

How did you summon him outdoors?

That is interesting. I think Belail is very versatile to one’s experience. He can be an amazing lover and appeal to my emotional side very well, but I can see him being underneath that is more of a business man.

I think our image of who we think he is tends to play into it. I think I read this before and the race thing was trying to play out in my mind a little with him but he struggled to make SJW arguments with me or express much of such stuff. He was very interested in my thoughts on race and sexuality. But that was wayyy to kinky of a door to wish to open with Belial for me.

When he woke me up in the middle of the night possed me into saying “Belail what I am really trying to say is that I want you to take me to hell kicking and screaming!” That was kinky enough for me, I think he was doing stuff to my root chakra to add arousal.

Speaking of which we have talked a bit before on some of my early experiences with Belail since then he and I did develop a bit of a relationship and he did take me to hell and this is where I am at currently.

Help: How do I undo what Belail has done to my root chakra? Kundalini, Chakras & Energy Work

So I have developed an interesting relationship with Belail. I sort of called him sort of by accident originally, he left a hook in me so I figured why not ask him to help with something, I started with just an energy healing, but after I couldn’t get rid of him. I started developing feelings, possibly Stockholm syndrome and started getting a bit sexual with him. Working primarily with angels my angels were able to get rid of him once. But I started sending him images of me making my hands in…

I had a similar experience taking on a demonic army of some sort of demonic king of sorts, though I no not whom. Anyone want to ask Vine for me? lol
But this king probably just tagged off and tagged in Belail.
But in ow that relates to my root chakra I am hoping that, and all the trails and tribulations I am experiencing are part of something he is allowing me to learn from and have the strength to resolve and I could see how that would be a necessary lesson that I am here to learn in my life and in my own personal spiritual development in love and sexuality.

How did you summon him outdoors?

Same way I do it indoors, visualise his sigil and (by then) his general energy, and call him forth.

Welcome @Cassie420. Please introduce yourself in the NEW MAGICIAN AND INTRODUCTIONS area, and tell us about yourself and any experience you may have in magick. It is a rule of this forum. 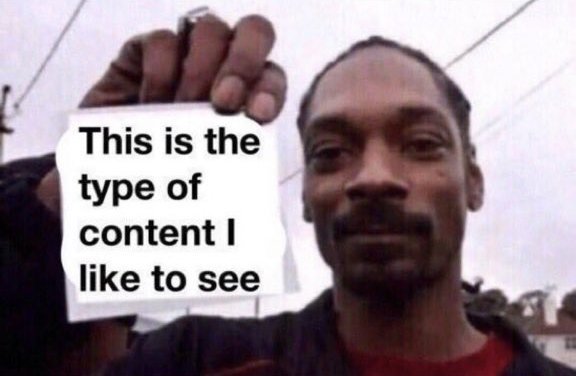 This has been a real JOY to read. He has a lot of similarities to Mysterious, so I love reading about other’s interactions with similar entities.

Idk, ice cream is the real deal. Mysterious has a thing for mochi after I picked it up from Whole Foods one time.

He seems to dislike all things connected to empty status, he also seems to despise any kind of racial prejudice, snobbery, and income- or class-based prejudice, any effort we make (based on real or imagined criteria) to set ourselves above another human monkey such as ourselves.

This has been my experience with a lot of the upper echelon. It slightly warms my cold, dead heart.

I did some work deconstructing his enn into Enochian…

I am extremely fond of Belial…

Please bear in mind this is my opinion, but I see him doing under the principle of strapping training weights to someone, so that it makes them stronger in the long run, effectively, resistance training.

One of the first things that struck me here, I saw Belial with the goat horns only last night! I was doubting it was him and I was connecting with him but seems you have seen him in a similar form!

He showed up like that for me too! I wasn’t sure if it was him or Odin! Whitish hair and beard, vivid blue eyes and very stern looking; not so tall.

Belial seems really earthy/Taurean to me so orange and red are colours that make total sense to me.

Awesome! Now I know who the minotaur spirit was hanging around me months ago! It was Belial. I found your post @Lady_Eva on Belial’s Gateway and I ended up having to put it off for quite a while, couple of months at least. Then, not long after I got sick and time went on. Soon as I was well enough, Belial showed up in my meditation (and I suck at meditation) and basically telepathically told me it was him, that he was waiting for me to do his beginners’ gateway (that you channelled Lady Eva). Well, its done now and the most I can say is, when I call him, I get this really strong/heavy, earthy, calming, grounding energy. That somehow fits with my “feeling” of him. That was an awesome ritual btw! Also, I think I might let it rest but do it again in the future.

I don’t have time to evoke him

You probably do have time to evoke him if you watch ANY TV, TikTok, podcasts, read books and forums etc… you can do outdoors in the dawn mist for example if there are any private groves of trees, though be careful to banish and seal afterwards: Belial & Naughtiness ~ A Tale Of Great Wonder And Lulz!

Who is belial and plz explained his powers

Who is belial and plz explained his powers

As my work is becoming more known in general, I now tend to get a lot more correspondence than I used to, and the incoming tides of emails highlights to me a major issue that is developing on the h…

Welcome @Rajveer It is a rule of this forum for all new members to properly introduce themselves, so please click the link below and tell us about yourself, and any experience you may have in magick, such as what you practice, how long you have practiced, areas of interest, etc: