INCANTATION SUMMARY - I invite you to share all your incantations here :)

This incantation was given to me not in demonic language, nor angelic but a whole other spiritual language entirely.

Given to me by Antahartu, right hand demon of Azazel, the cloaked figure who taught high preists and sorcerer’s in Egypt.

He explains in order to manifest something in reality sometimes there may be many obstacles working against your goal manifesting.

Think of it not so much as reality fighting back but instead resisting.

So recite this incantation over 40 times before performing a ritual, it makes this realm more weaker, easier to manipulate and change.

The many recitations has energetic reasons as well acts as a lesson of discipline which this demon is fond off.

This language is has had many names.

It’s highly potent and should only be used in situations when you feel you absolutely need it.

Hi guys which incantations can be used to awaken psychic senses.

You will find an incantation in the Angelic tongue for the astral senses here:

Hey guys, I evoked Fastos and Meton from Kimgdom of Flames because I wanted info on some incantations i could use for my work. Here is what I got. Fastos First Question 1 What must happen so that I can speak thr tounge of Demons? Answer Vibration. The Throat chakra must be infernalized and blackened to process and comprehend demonic speech (which includes Dark Staot, Mantra, Words of Power, Galdr, etc). It must be trained to send shockwaves of Demonic Power through the Air. (Feels lite V…

This has an incantation for love. And a powerful one at that

Dropping a Love Bomb First you need a good candle pink is preferable. Two cut out hearts …cloth or paper but cloth may work better… Pink A needle and thread red or pink thread Use a marker to write your name on one heart and your intended on the other heart. Next use Jasmine insense. … light it and the candle. Sit and meditate on your love …feeling yourself pull them to you. When you feel ready sew the hearts together so that names are touching. . After that seal it with a kiss. Allow…

so its been over a month and more that something on the back of my head screamed “ANT HARRATU” so today i decided to evoke him,he wants to work with me he said that he will teach me the secret of time,gateways and energy patterns and others on my path he gave this ritual: go in darkness pitch black room best hour for this is 3 am ,meditate on the pitch black and say “i am one with darkness,i am darkness eternal,i am becoming darkness,” then recite the incantacion “ama lash etz Kal alash zar…

friggin’ A -! thank you so immensely much for your ongoing contributions, and thank you to all the beings that provides those as well!

Hi @Yberion,
Can you explain this one in a bit more detail? How does one use it and for what purpose exactly. For example: Can I open chakras by chanting Jajuji repeatedly?
Thanks.

supreme! Would you be willing to share your link if you please?

Thanks for your amazing input!

I have my 5 demons I am working with for focus. Why 5? Why not. I see each of the 72 as part of the keys that should be worked with. Like a skill chart or equalizer bar each needs to be worked with to click the tumbler on the lock. Atm, the bard for me are very low but I’ve put a lot into Buer.

So I have different tiers from 1-5 but my 5 tier star is:
5 Demon Teachers: (Pentacle)

I go to Buer and try to recall the rest. Should be easy but my memory isn’t great.

I invite the spirits or influence of their vibration, essence, knowledge into my mind, body, and soul.

I’ve been doing this for several nights. I tried to take last night off but I got pulled in for a quickie. It seems more sexual than anything and obsession takes place without me thinking (or it’s light possession).

It’s generally euphoria so if invoking demons are drugs it’s rather potent and addictive. I seem to ponder philosophy more though. Now that Orobas is in the field with me I’m hoping more truth is revealed.

Hi @Yberioth,
Can you explain this one in a bit more detail? How does one use it and for what purpose exactly. For example: Can I open chakras by chanting Jajuji repeatedly?
Thanks.

yes, and more.
It’s designed to Say three times yes, and it’s been designed for Telepathy and Possession.
It opens higher self, self and lower self if aimed at someone without active shields.
the three yes basically aligne the Energy into openess,
and it’s recommended to chant it 3 or 3x3 ( nine ) times, for full effect.
Over-doing it (chanting it more often then 9 times), is VERY counter productive,
just like when you have a salesman in front of you who just got one of the famous “red line of conversation controling” seminars and tries it out on you, forcing your mind (frame), to aligne with his.
At a certain point you slam the door in his face - or your hand,
just as long as you can get him to shut up.

It’s really designed to be effective with little use.
to open chakras,
it usually ataches to lower dan tien ( Sacral Chakra),
Heart chakra or Solar / depending on practicioner, more then on the target,
and Agnja Chakra.

Only when you deliberately focus it on a specific chakra, it’ll work on that one soley and leave the others alone.

It was concieved in a Ritual with Azazel and Papa Legba,
so in terms of Pantheons, i have yet to see it fail.
I wasn’t much a fan of working with Papa Legba, even tho he himself is really cool.
Now voodoo of course to some extend is a must when learning the various facettes of Magick…
But my natrual alignements are in different areas.

Here’s some of the original footage of when I Recieved it. 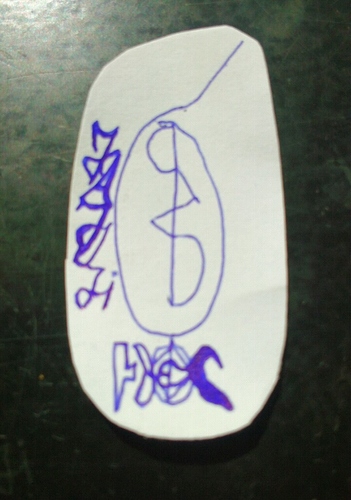 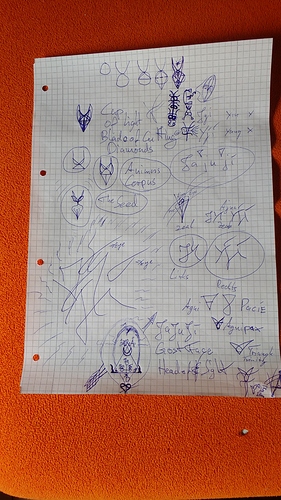 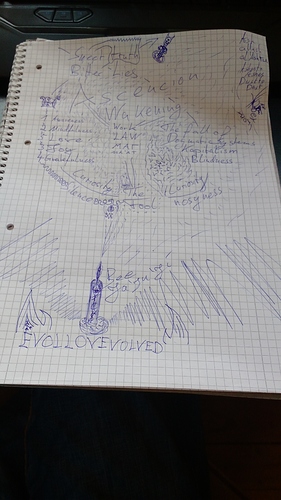 I hope i’ve been clear and understandable enough here.

When i gave a friend of mine a blessing of youth today, i used it aswell,
he stated the sensation of his body being energized,
tingling sensations everywhere - which later turned into warmth and freshness,
and when working on his head and on his chest area he sensed me pulling and taking energy out of him.
Which i did, with friendly infernal assitance from Abbadon, to revome the wasted and old Energy,
and from Ophian to give him ethernal Life Energy,
cleansing his body and starting a process of it’s re-structering,
as my define goal was to make him younger looking and more healthy then he is natrually.
I specifically targeted his face to get his wrinkles removed.
(magickal (/-Reiki) Botox Treatment if you will.)
He’s been the first one i actually tried to manipulate to a degree that visibly makes him younger.
I’m impatiently looking forward to the results myself.

He stated a sensation of his Face tensing up a while after the ritual,
and i told him it’ll be happening a few times again,
by itself, as his Face and Body is transformed to manifest the results.

He’s been stating to me his target age of becoming 125 years,
and that he doesn’t know why, but he’s just KNOWING that to be his target age to reach,
since his partner passed away.
We agreed several times before, that he’s came to meet me in order to gain some specific blessings from me,
and today i definately furfilled a part of that.
He’s actually been coming back from Mexico to Germany,
to see me, without even knowing of my existence before.

I’ve asked for his permision to do it, but wasn’t asked by him for this specific blessing.
I just intuetively knew i wanted to do it,
partly becouse i wanted to visibly proove to myself,
that i can successfully manipulate a fully living Human in his Physical Body.

However, in this specific Spellwork, i used it towards the end, Spoken aloud
(usually in Telepathic Work my mouth doesn’t move at all, but here it felt right)
I chanted it 3 times, from loud to silent.

Try it out and see for yourself.

PM me about your success Story.

Is this used to compel or raise energy?
Is this said after evoking or before or during evoking?
Can this be used with goddesses, God’s and darker beings or just darker beings?

Thanks for the clarification🙂

Wow thanks for this!!!

I had a really hard time looking at one of those symbols.