How to Build a Etsy Tarot Business

Okay guys; i have been doing readings and enjoy the shit out of it.

Now I know some of y’all do have it as a part of business and wanted to know how y’all do it.

Tips, advice, anything of the sort would be appreciated

Be respectful to your customers no matter who they are or what their belies are.

Be patient and be ready to explain and follow up if they have any questions. Don’t just dump an interpretation of the cards and say there you go, good bye, have a nice day.

Be professional, not haughty. There’s a difference.

That’s what i can think of now, I’ll let you know if I remember anything else

Thank you very much! Deeply appreciate it

I also suggest trying to be welcoming and not scare the mundane folk away. Surprisingly you’ll find that most of your regulars are muggles (non magical folks if you aren’t familiar with harry potter)

They’ll want to come back to someone they find somewhat down to earth and free of too much crap.

Not saying being mysterious is necessarily bad per say, an air of mysteriousness doesn’t harm at all. Just don’t go overboard with it. Remember there’s a different between being cool and being cheesy.

Mostly just don’t overthink it, be receptive trust your instincts and jump right in. You’ll be fine, the initial nerves go away once you begin to get validation and positive feedback.

like im new to this and I have it set up; but dunno how to go about it.

Well, I’m actually not familiar with etsy but I can at least suggest a few things.

Ask a couple of friends if they’re interested in getting a reading then start from there.

I’d also suggest trying to retake the pictures you have on there. As a rule of thumb, you want to try to get better lighting, where your shadow won’t be prominent.

You might also look into arranging the cards into sample spreads and taking pictures of those. Try focusing more to get a sharper clearer shot.

You could do a spread at your alter table and have a candle burning in a darker setting to give the customers a little peek at what goes on in the reading. Having them look at something that they don’t usually see everyday will evoke a sort of reaction from them. It kinda takes them into the realm of the unfamiliar and the mysterious and they’ll usually be drawn in.

Try to give a little more effort into the pictures.

@Pwnie can you help me set up an Etsy shop? I’m having a hard time navigating it

I just did bare minimum to be honest, but I will help best I can

If you guys want to share links to your new setups to get feedback, can you please do it via PM, that way it won’t break the rules by accident, and give spammers the impression they can sneak on and start bugging us all.

NEW: Advertising On This Forum Is Not Permitted New Magician Help

Due to the growing popularity of this forum, we have an increase in members wishing to offer professional services, however it's impossible for BALG forum moderators to evaluate the merits of people wishing to offer their services to members here, so we've reviewed and amended the rules regarding this. To avoid any possible misunderstandings among newer members about the extent to which BALG accredits or authorises forum members to advertise, posts promoting commercial paid-for goods and servi…

Im sorry; I just came for advice to be honest.

I actually use Etsy as well as Ebay for my own business,and I see quite a bit of this. There are people on these sites offering tarot readings and even evocations. They can and do sell. What I would suggest is researching sellers that are getting sales as well as good reviews for their services and a reasonable time providing said services. Go look at how the successful ones have their stores set up. If feasible, buy a reading from one of them so you get an idea of the experience they provide in terms of set up and transaction structure. This should leave you in a great position to set up your own operation. Best wishes, guys!

You might also check out Bonanza as well, they have a bigger occult section and probably a bigger audience…

Im sorry; I just came for advice to be honest.

No probs, just staying one step ahead of the “but you let HIIIIM do it” whining this would otherwise provoke.

I’ll send you some stuff as I said in PM, meanwhile have a look at these, see if anything strikes you as useful: 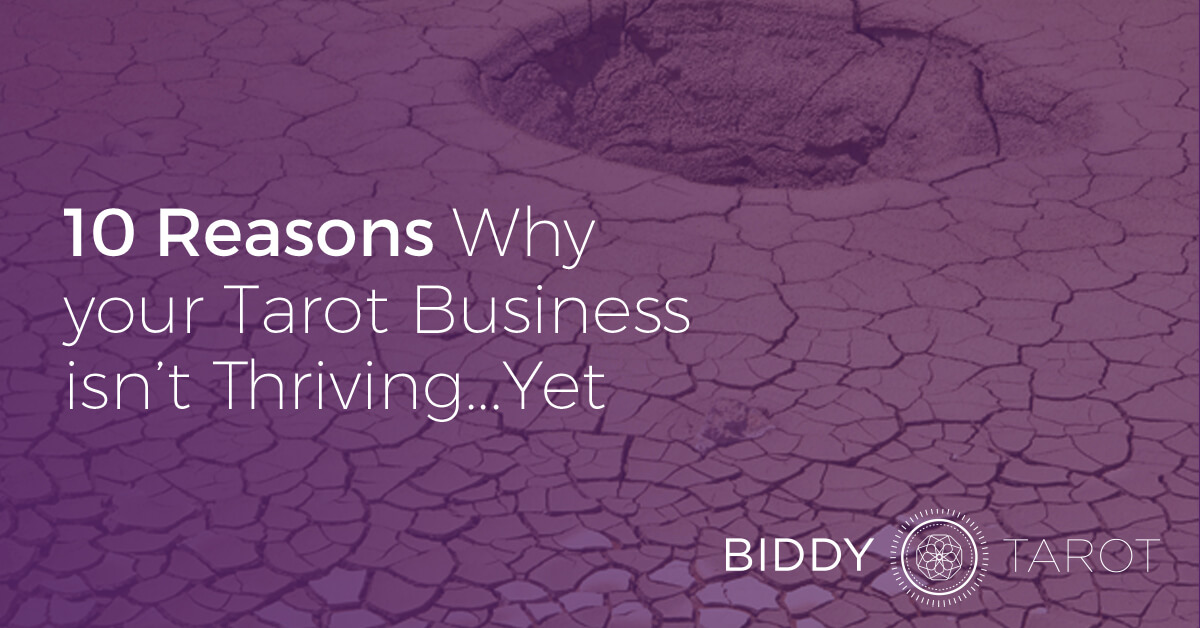 In the last 12 months, I have spoken with over 70 aspiring Tarot business owners about how to grow their businesses. Some are doing amazingly and are well on their... 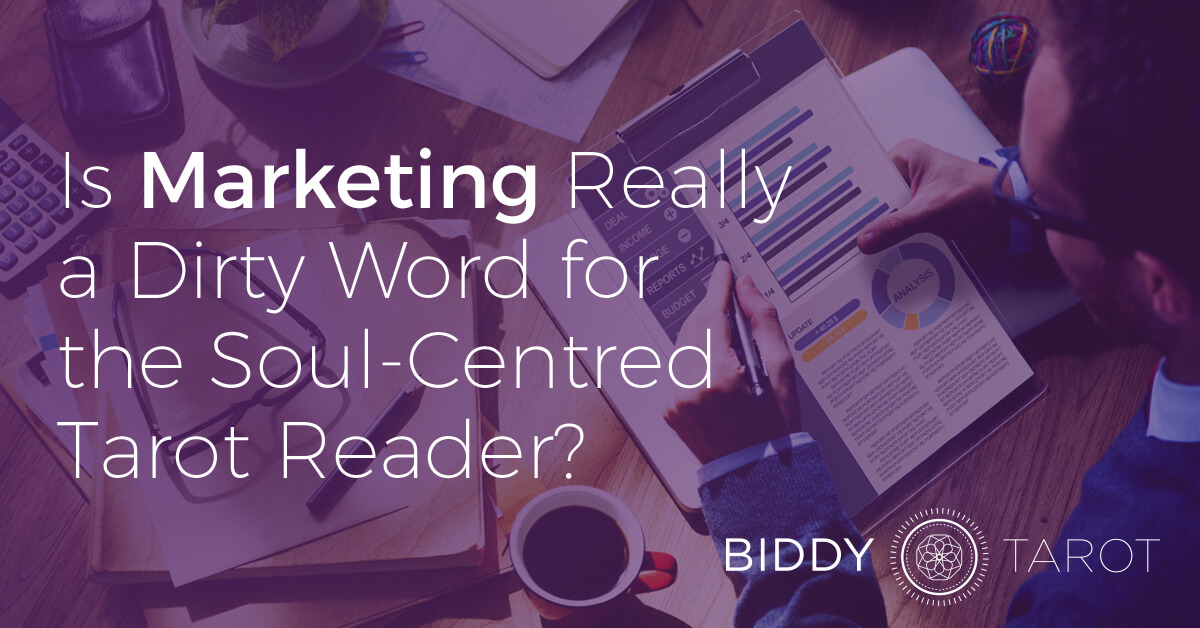 Biddy Tarot Blog | Is Marketing Really a Dirty Word for the Soul-Centred Tarot...

You – you’re one of the most spiritually dignified and soul-centred Tarot readers out there. You hold yourself in high regard – and so you should – because your ethics... 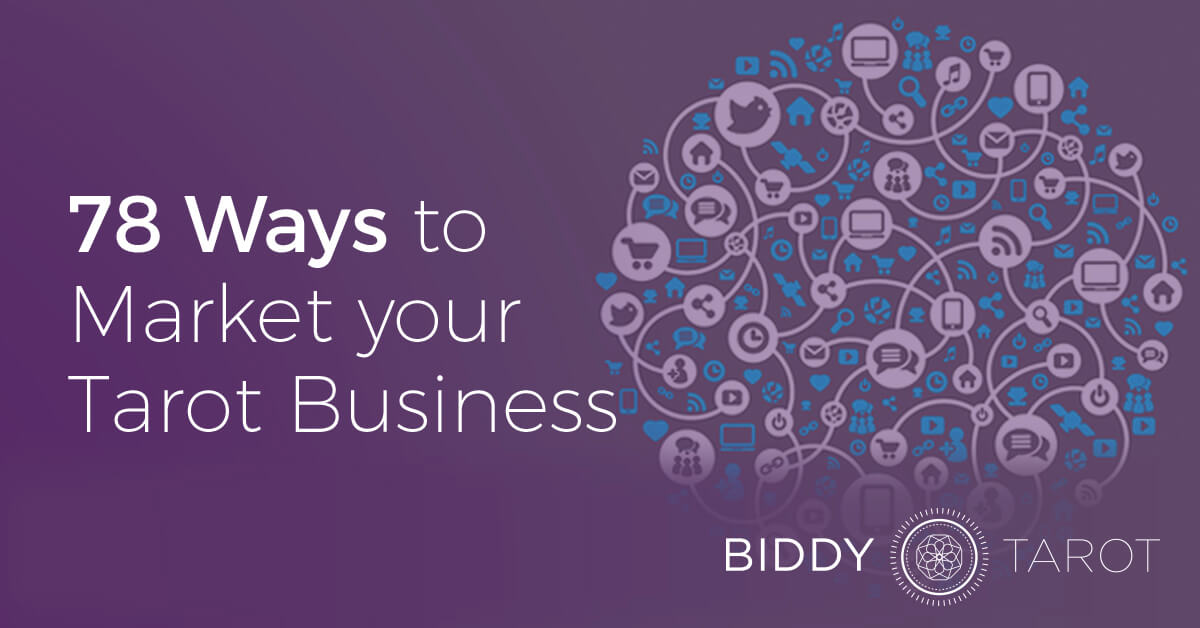 Get customers lining up at your virtual door. Here are 78 ways to market your Tarot business.