You guys DO know that

…there’s a new Sabbath record out, right? …and its…AWESOME.

Technical Ecstasy was their biggest flop but I love the first two tracks. I’m currently listening to Masters of Reality.

Remember to always sell your soul to rock n’ roll

Its not bad…Im just happy Iommi is still alive. Butler’s playing and tone on this one are just off the chain though.

Self titled is still my favorite.

I love it as well.

“Zeitgeist” being my favorite track on the album. Glad to see Sabbath back in true form.

Ha, I’ve been listening to “13” in the gym for the past two weeks, and it’s AMAZING! “God is Dead” is a great song, but I think that “Damaged Soul” is possibly the best Sabbath song EVER!

“Technical Ecstasy was their biggest flop…”

Funny however, the last few days I just got into a Sabbath mood. I listened to most of the old stuff…FUCK the guitar on Vol. 4 is soooo heavy man. One of the reasons I got into playing.

Then I started listening to 13 - that’s the Sabbath we all love!!! 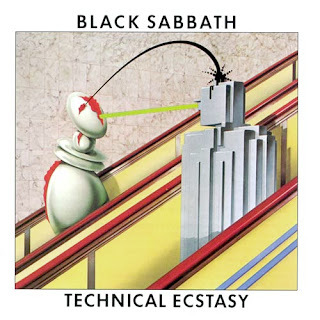 The whole album is good, and I keep switching my favorite. But I really dig Zietgiest and Dear Father. …the whole thing is full of classic riffage.I would say that there are riffs on there that are better then the 70’s stuff.

BTW: Vol. IS the heaviest! You’re right. And Master of Reality has some of the best songs on it. Really, those first four albums are just amazing, and 13 speaks the vocabulary of them all.

There are some issues with the mixing, though. I think it sounds to pristine–but that’s not a big deal. I could have used a Geezer solo for sure.

But I’ve been playing this thing non-stop since I got it. …and Queens of Stone Age have a new one out too, and its decent too.

I did have the opportunity to see Sabbath in the late 80s/early 90s, Ozzy several times in the early 90s, and a few years back (before he died that next couple months later) Dio and Sabbath as Heaven and Hell in the Metal Gods tour (Motorhead was also there which was a plus, though Judas Priest was a little bit of a letdown for the Nostradamus tour). I cant say I was sad to miss Testament.

Oh wow that is a great song! Believe it or not but I NEVER heard a Black Sabbath song until now lol Definitely got to check these guys out.