You As A Demon/God, an Interactive Exercise

This post can be used as a basis of practicing defining ourselves as demons/gods/ascended beings.

Give a description of yourself as a god/demon/ascended being, list some associations, and offering types. Mention as much as you can, and if you like add a sigil that represents you. Sigils can be made easily online.

Noxxshroude
Night Demon
Likes: Coffee of specialized kinds (such as Starbucks caramel macchiato), hard liquor, buffalo wings
Colour: Black, dark red, purple
Appearance: Noxxshroude appears as a rock and roll musician. He wears a lot of black leather and has 1980s hair. He has a feminine face and appears to be wearing eyeliner when he removes his sunglasses.
What You Can Learn Noxxshroude knows games of strategy, such as many modern card games like Yu-Gi-Oh, can be called on to help define one’s own identity and the courage to live as who you want to be, interested in music; may be able to direct you to another spirit who can help more with music. Can be called on to advise on what spirit to call on for beginners, as he was once a mortal himself and sees his experience as something of a guide. 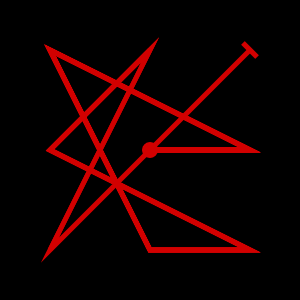 Heh, I’ll play.
Name:Akashiel
Class:Fallen angel, norse deity(adopted)
Titles: The angel of Bloodied Wings, crimson valkyrie, ruler of Roðinnhalla, devourer of mead and men.
Likes: Alcohol (particularly mead and whiskey), blood.
Colour: Dark green and red
Appearance: Akashiel usually appears as otherwise looking female but with no breasts or genitals though if required can manifest those of either gender. Black and long is his hair, and glowing green are her eyes. Upon her back are 4 dark red wings, which at closer inspection are merely drenched in blood. He wears shining chainmail over a long black hooded dress and on her waist is girded a viking broadsword. In his left hand he holds a long hafted axe and in her right a large red book. Always appears in the north.
Legend: Akashiel was once an angel and like a loyal soldier fought in the War in Heaven against Lucifer’s rebellious army, he was a mighty warrior and slew many in those seemingly endless days of battle, however gradually as she fought more and more, his wings, once of pure silver, grew darker and darker, until finally they were completely drenched in blood that would never wash out. The other angels decided this was a sign he was corrupted,
and threw her out of heaven, where he landed not in Hell but in Hel as the angels had bad aim. From there she traversed the 9 worlds of the norse religion
and beyond. Finally he made her way to Hell where he found many old friends and enemies. After the longest bar fight in Hell’s history she had conquered
herself a nice little realm to rule over and there he remains to this day, when not getting wasted in some bar in midgard.
What he/she can do: Akashiel knows much of the ways of war and can teach you how to defeat your enemies both with physical and magical means, her knowledge
of runes is also deep, and this too he can teach you, if you ask her she can tell you stories of battles fought in any realm. If your demeanor pleases him, she can be a loyal ally, staunch defender and a nightmare to your foes, beware though for the slightest insult could result in an axe lodged in your head. Or alternatively a major hangover if she finds you funny.
Sigil: 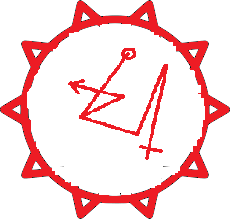 Holy fucking shit. You. Were in my dreams a few times. Fuckin shit yay! And lmfao I never do run into something like… This.

Composes self; prepares to play this game.

I introduce ye all to the Rhun’Ti! Sometimes he is known to take the shape of a man, or a strange combination of that and another two forms. The first is something akin to a dragon; dark and indistinct it will blur back and forth to a more substantial looking form, large and multi-limbed, with many many wings, and eyes like trapped, dying stars. His spikey bits and spines are massive and multiple, with scales more akin to large plates of armor instead of tiny fishy scales! His last form is the insubstantial stuff of shadow itself, amorphous and ephemeral.
His form is not what is important, for it is also not beyond him to forcibly take another’s guise and claim it was his first, so be wary of angering him overmuch! What is important whatever is his representation, as he is neither a god nor demon, he is the Primordial Darkness of the Kosmos itself, having gained sentience by the whimsicality of pure Chaos at the dawn of all things, and mostly… Time. Lots of time, both utterly alone and very much not. Being what he is, he is the One Without a number or name, thus dubbed He by his ‘brother’ the Rhun’Ti. Commonly he is not truly called upon in and of himself, but owes to giving all things of Night and Darkness their true strength. This has yet to be truly confirmed, but he is very willful, stubborn, and inarguably powerful as astrally projecting to him is a unique chore. He will become one with that very Darkness and have you confused by trying to process infinity in a very real way, per se. But, you can call him, and he will very likely answer by deepening shadows about you and giving that overall feeling of being watched. Awesome for doing basically anything at night! He very much loves the Dark, and original thinking, and has a penchant for masks and food, but only if he finds it acceptable. Teling good jokes is a positive for you, but it had best be borne of a quick wit and a sharp tongue, as that is his favorite kind of joke. He loves pranks, but if you try to prank him, may your deities protect you from a cosmic prank of horrible consequences. He loves violins and flutes and especially Celtic musics. And sometimes you can please him with metal… If it is heavy enough. It better be! Or else again with the pranks. Down to just damned annoyingly implacable sounds in a room. He believes in Hedonism and spiritual advancement, and will likely answer to help you if your need is borne of this. He shows little favoritism, but if he does, he will endeavor to help silently with all your intents throughout your life. He shows particular favor also to those not of entirely human blood and stock. And that’s it for now!

Titles: The minister of peace, Black prophet of doom, ruler of the silent ones, guardian of the poor.

Appearance: Bald and Black is his head, and his eyes glow red. He resembles Morpheus from the “Matrix” but more powerful. He wears a shining long black leather trenchcoat over a tight black muscle tee shirt with black jeans. He carries a samurai sword with special markings on its blade. In his left hand he holds a large red book of incantations and spells its pages drenched in dried blood. Always appears in the south.

What he/she can do: coming soon.