WTF was that about

ok something happened and I need your knowledge lol.
I’ve been trying to open my third eye, I also had a rite 2 nights ago by J.A in opening my third eye.

So i went for a nap as I decided to drive to the beach tonight with Astarte sigil to be alone, in the dark in silence to see if i can hear.

anyway whilst napping. I had a dream I woke up from the nap. as I sat up I felt a ‘presence’ because my body startes vibrating. so i declared I knew it was there and try to see it. then i had a ‘cold shiver’ then i knew It was in me. I was on the bed and it felt like a hot drill or spike pushing through my 3rd eye but from the inside and I couldn’t move my body as it was heavy as lead.

I felt like I was moving but wasn’t going anywhere.

at one point i sat up and said ‘I’m in control’ but my left side of body and face were dropping still heavy like lead even though I could move my right side. but the weight of the left pulled me back to the bed to lay down.

eventually It all stopped and I got up. left my bedroom where I entered this weird room.

it was like completely black with old columns and a guy dressed in black scorpion shaped armour. then he gave me a sigil or symbol on a wooden plaque. it was a dragon flying through these multi coloured balls. I remember one red (mars?), one pink (Venus?), one yellow (the Sun?) and one green (Earth?)

I asked if it was him who did that to my body and my head and he said yes.

there was aspects where he was practicing kickboxing or something. I asked if he could teach me and I said I’m going away on the 17th (going to america) then these women came in and made tea so i said ‘you have company so i will leave you to it’ then as I walked out the door I woke up.

can you make heads or tails???

my bedroom in the dream was my actual bedroom. the 17th is actully when I go away lol

when I asked if he could teach me he said something like. I used to teach all the time but other teachers in thid era dont like there students coming to me or going to see someone else.

he did say yes he would lol I didn’t get his name lol.

the columns had some red glyphs inscribed?

trial of Belial to gain an astral scorpion form that serves as a protective armor through the, shall we say, less savory neighborhoods of the astral realm you will be traversing as part of your self-deification quest

remind me of the book The Scorpion God. Forbidden Wisdom of Belial 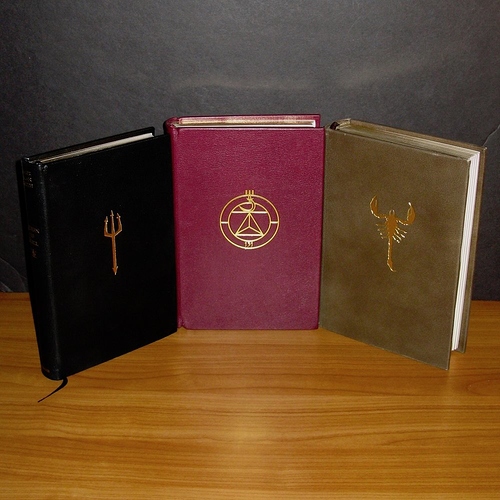 english is not my language so i may forget to say something,for me,it does remind me of the experiences with the book

I dont think so. i didn’t really look I just remembered black.

no I didn’t get a punch on shoulder but when I try to meditate on my inverted pentagram I get a tingle in the back of my left shoulder. like typing this I can feel it lol

i always feel a punch on my shoulder when he is present,followed by the euphoric cold shiver,pretty intense,his presence is undeniable because he is heavy as fuck in terms of energy,well he also looks heavy too lol

well as I say I tried to move but couldn’t. I was too heavy. it was like he was inside me trying to break open my 3rd eye