Would this be valid for worship?

I wasn’t sure where to put this, but General Discussion sounds about right, so be it.

I am a mechanic, by mundane occupation, and a Solitary Practitioner by faith. But, as a mechanic, specifically a mechanic of flying machines, I have to deal with the practical aspects of Murphy’s Law, which has led me down a particular and peculiar path.

While the Mythical Murphy, he of the Great Law, remains shrouded in mystery as to who actually coined his law, it is what it is, and is a right good law which helps explain things, as a law is wont to do.

And as such, to me, Murphy has taken on something of a demigod status, as his law really does impact and impinge the Universe, hence the following.

As an aircraft mechanic, I must do what I can to make sure that whatever I’ve worked on won’t fail except by age, misadventure, or pilot error. You could so say that I am a high priest of Murphy in that I must propitiate him, which meant that I have to build him.

And so the following: Murphy is the result of the Greek Goddess Eris, the Goddess of chaos and hilarity, decided to get pregnant with some hapless mortal, resulting in Murphy.

And, Murphy has a wife, her name being Lady Luck. And, as any husband knows, “happy wife, happy life”, and since Lady Luck like risque, ribald, and downright obscene jokes, I help Lady Luck smile upon my work, and Murphy is happy.

You could start a religion about this

If people unironically worship the Flying Spaghetti Monster, then this is tame by comparison.

Although I’d just chalk it up to trickster spirits more than any particular entity.

Well, yes, trickster spirits, or even Loki, Coyote, and the like.
Still, like the FSM, this is more whimsy and mine own sense of humor with respect to my day job.

However, if you really wanted to see something tongue in cheek, why not consider giving Murphy the same treatment as any other deity, that is, formal(well, as formal as a grizzled Solitary can muster) worship(rituals and whatnot).

Thing is, I wouldn’t know the first thing about setting something like this up, although I do have a temple set up here, complete with name, Temple of the Blue Flame Guardians, something that was founded here, but the person who came up with it let it fizzle. But that wouldn’t stop me from completing it, And, with a reverend certificate from Universal Church of Life, perhaps I could.

Eh, you wouldn’t even have to go that far. Set up a facebook group and do ‘video sermons’ twice a month on youtube and it would be enough to start it. 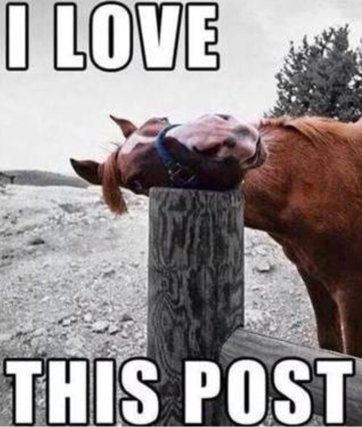 Such a nice one

Ok, so how would such a sermon appear?

And if you want to look at it with an even more skewed sense of humor, why not an online church with its own website, complete with tax shelter status, and shameless begging of money(I speak(this is speaking) with tongue firmly in cheek, cheeky bastard that I be. but then, turning Murphy’s Law into a religion, what could possibly go wrong?)?
If it isn’t obvious, I confess that I an an inveterate and permanent smart ass, who allows humor to temper my actions(no pranks or practical jokes, though, even on All Fools’ Day)

And so the following: Murphy is the result of the Greek Goddess Eris, the Goddess of chaos and hilarity, decided to get pregnant with some hapless mortal, resulting in Murphy.

I remember reading once that one of the two founders of Discordia (later in his life) said something along the lines that if he had known the Gods listened he wouldn’t have chosen to dedicate his work towards Eris but to Aphrodite. (paraphrased and problably completely wrong due to bad memory)

So with that remark in mind, I’d make sure to keep the Lady Luck you mentioned happy

You are fully correct there, as would any husband, the operating phrase being, “Happy wife, happy life”
But, in reality, Murphy’s Law really is a universal operant with regard to complex systems, such as Aviation maintenance, as the practitioner(mechanic) must needs be willing to make sure that anything he/she does is to ensure that any possible routes of failure can be attended to. And a remote Corollary being the feminine principle of machines(all machines, even computational machines) being that the more complex the machine, the more sensitive it is to treatment(you have to treat it gently and with respect, no matter what.