I seem to have made contact with what seems to be a white winged unicorn. I thought it was Pegasus but it has a typical unicorn horn. I’ve tried to find information on this creature in some of my books on spirits , but so far nothing. Wiki has some but not much to go on.

It doesn’t seem to be negative but seems to want to rub it’s head on me like a cat or dog. It doesn’t want to speak not declare its intentions.

It even bows before me like paying me respect…

️ this small article, I had to edit because It led me to a book on my shelf called :”the seven military classics of ancient China” and I started flipping the pages randomly and it signaled me to stop and the chapter is called “the chariot “ and the chapter right after is callled “the horse and Calvary”. I guess I’ll have to read it.

Just prior to making contact I burned combined rosemary and cedar incense to cleanse the house if any negativity and it showed up shortly after.

Unicorns are Jesus allegories caused by a translation error. I think the original was supposed to be a sheep or a goat, either way they are symbolically Jesus.

Find a way to make it corporeal (no symbolism getting in the way) = life becoming awesome. I personally don’t know how to do this but it sounds way more fun than trying to spiritually figure out what it means. If it seems fun just go with it and hope for the best

p.s. If it’s corporeal I want some photos and videos of it being awesome so I can be amazed by a winged horse (not sarcastic just childlike since I love mythology).

Not understanding what you mean

just kidding but it what your post reminds me about lol

Although my mythological creature has an actual sigil 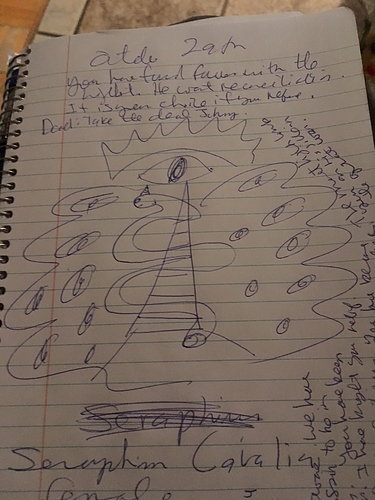 Pegacorns or Unisus. D&D had versions just like flying centaurs or Pegataurs. You’ll see these in cartoons and pictures. Perhaps they just don’t have a historical mythological name. Dark unicorns in altered beast were anthromorphic and walked upright. Maybe that pony cartoon took a nod from that; whatever it’s called.

My Little Pony (daughter’s favorite show) says its an Alicorn. Hope that helps

Don’t forget Dante’s Divine comedy from purgatorio to Paradiso with the winged beasts and chariots. Bible also mentions beasts a lot. A seraphim Calvary would make sense esp with ophanim chariot wheels. Imagination is the limit on that.

Whatever makes people happy I guess.

Alicorn… hmmm missed that one

Maybe look into Chinese lore?
There are some strange, chimera-like creatures from their lore and it could be trying to point that out?
I’d read that chapter and see what’s inside 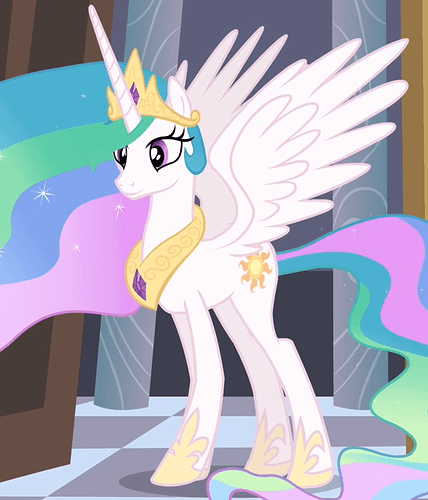 Funerary horses of the Tibetans and Scythians, yours should be of Scythian origin If I judge by the sigil. Their job is to transfer the dead to the hereafter.

Story: Living horses were dressed with horned headgear and were sacrificed along with their master in order to transport them to the underworld and probably even serve them there. They were killed in the belief that this would prevent the deceased from returning to the world of the living.

In both the Altaian Scythian and Tibetan traditions, the funerary horses are ornamented with horns mounted on the head (stag and griffin horns versus the ‘bird horns’ of the Tibetans), bridles and saddles. Horned animals such as the griffin and the horned lion are mentioned in a ritual for destroying evil forces that attempt to harm the deceased. 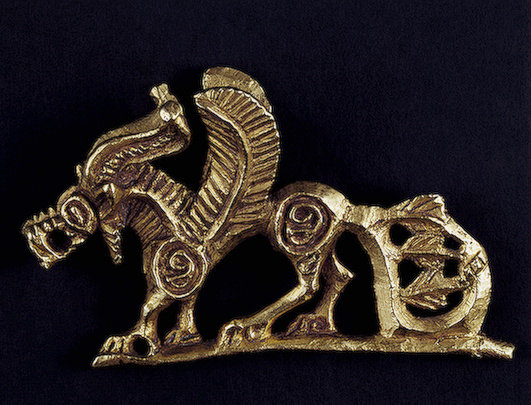 So if this is the case, what do you suppose that this horse’s purpose is for me? Why now? He seems warm and positive and I do not sense the death energy at all with him.

Also this one clearly had wings , it’s a winged unicorn or a horned Pegasus not a regular horse…and it’s all white

Yea they are depicted with wings and horns as the ornament I showed you. I’d say trust your instinct but I know they’re not evil. As for why now… I guess because of the veil getting thinner? Try to communicate with it, even if it doesn’t have a voice itself it can always talk to you with telepathy.

The veil you mean my death is closer by or because my abilities are getting stronger?

No you’re not dying don’t worry! I mean the Veil between the worlds.

I’ve used a fu Taoist sigil , perhaps it’s because of this .