Why is it that when you pray and ask the god almighty for what you want, it doesnt get answered (most of the time in my experience)? but when you cast a spell or ritual, or you ask a spirit to bring you something, you get what you ask for.

Because when casting a spell you feel powerful conjuring forces, when praying you feel weak and begging for mercy.

With the right mind, even a prayer can be spell thought.

So, you view prayer to the Almighty as a way to get what you want? Huh. It won’t work.

If your view of the Almighty is that of an omnipotent, omnicient, omnibenevolent being, then you are nullifying your prayer by using it improperly. You have to use it to align yourself with a will outside of yourself.

Pray for guidance to want the right things and the knowledge to attain them, for comfort and peace doing so. Pray for the inner spark to align with the Source and follow that leading. Otherwise, silence is probably all you’ll ever hear.

I prefer to pray to the entities who will deliver on my wants, wishes, whims, and long term goals. Prayer is conversation, making requests is only a part of it. Expressing gratitude, admiration, questioning, learning the entity… that will get your prayers some real answers quite efficiently.

Think of it this way:

If you had a friend that only came to you when they needed something, how often would you help them?

Most people think of prayer as simply making requests or begging God to do something for them.
You need to give to receive.
Ask yourself what would you be willing to do (realistically) in exchange for this favor and offer it as an option for if He wishes you to participate.
I personally think any entity that wants to help will do it for free, but it always helps to show gratitude and offer to help.

Which would you agree to:
Hey, make me some dinner.
or
Would you help me make dinner?

I’ve found that spells are just prayers with props and more energy being given to show that you’re willing to help the situation along.

Prayers are like wishing to win the lottery.
Spells include actually buying the ticket.

what ani_cat_candy said.If you want to utilize the force of giving and taking,start working with it.Do to others what you want done to you.If you keep things for your self and don’t share anything,how can you expect god or any other entity to give you something?

Why is it that when you pray and ask the god almighty for what you want, it doesnt get answered (most of the time in my experience)? but when you cast a spell or ritual, or you ask a spirit to bring you something, you get what you ask for.

I’m sure everyone here would have an opinion on this, and they would all be more or less right, but it boils down to the fact that prayer, as approached by mainstream Christianity, is an ineffective method for inducing change; that is, it does not follow the laws of magick.

By and large, the right mental states are not achieved, the proper focus is not attained, you have not provided a proper link of some kind to the goal, blah blah blah blah blah. All you’re doing is spewing wishes, as a human, into this great, wide, empty existence we inhabit.

Now, let’s look at spellcraft (or in this case, evocation).
You’re operating in the right mental states
You’re properly focused on your “end result”

Does this mean prayer is completely ineffective? Not at all. Back in the Dark Ages, Catholics were given penance that by today’s standards would be monstrous. Praying the rosary 500 times or something equally absurd was common for wanting to effect change or atone. Let’s take a look at that.

Prayer is very effective if you understand the magical theory behind it.

Everything requires your attention to exist. Staying focused for a 10 second prayer, then letting your attention wander willy nilly isn’t going to accomplish shit. But, if you’re sincere and manage to lock your attention in place, it will be super effective.

Every element of a magic spell or ritual exists only to help you focus your attention. At some point, every magician decides they are going to cast a spell, but then the desired result happens before they even get a chance to. It wasn’t the spell it’s self, was the focus and intent behind it.

Prayer is magic without the frills.

"Why, then," Tom asked me, "Do people's prayers hardly ever get answered?"

“Because they’re not applying the proper fundamental principles to their spiritual operation,” I answered. "If you were to pray to whatever god you want, using the methods that I teach, your prayers would be answered every time. It’s a matter of learning the proper approach and syntax. It’s a system, and in order to benefit from it, you have to plug yourself in to it."

http://www.becomealivinggod.com/newsletter/atheist-asks-why-dont-prayers-get-answered-i-respond.html
2 Likes
DungeonMaster May 30, 2019, 3:14am #9

So, Jews, Christians, and Muslims could do amazing thing if they got in the right headspace! I’m new to evocation, so sorry if I misread.

While prayers are a form of spellwork it’s asking another entity to use their power to help you which they can deny, when doing direct spell work you’re directing your own energy to do your will and carry out your intent, it can’t deny you…unless you have horrid energy discipline.

As a tool, prayer itself is powerful.
To explain, a prayer is asking for intercession on your behalf to another usually an entity or someone who has transcended depending on your personal belief and gnosis.

Most associate prayer with the Judeo-Christian-Islamic Mono(latrist!)theistic deity known as “God” who either had a “Son”, is Three-In-One by Essence or not, came from the planet Kolob preaching Celestial sex, or simply taught an illiterate Arab kid through the Archangel Gabriel to start a new religion with a new revelation/book.

Prayer can be as simple as: “Ba’al Haddad, reign down thunder and lightning upon mine enemies!” right before you run out to your rugby game, or as complicated as "Mighty Lucifer, ignite the fire within me so that I may be ever vigilant to walk the path of Qliphoth so I can achieve a higher and more brilliantly illuminated Draconian Consciousness with the gift you bestowed upon us! Grant me the willpower, burning fervently towards this objective I have laid before myself, for myself to better myself. So be it!"

In the end, prayer is what you make of it. But never say it does not work.
It does, all the time.

“Prayer” is one of those words. Koetting calls his spells prayers when he feels like it.

1 O LORD, do not rebuke me in your anger
or discipline me in your wrath.
2 Be merciful to me, LORD, for I am faint;
O LORD, heal me, for my bones are in agony.
3 My soul is in anguish.
How long, O LORD, how long?

4 Turn, O LORD, and deliver me;
save me because of your unfailing love.
5 No one remembers you when he is dead.
Who praises you from the grave ?
6 I am worn out from groaning;
all night long I flood my bed with weeping
and drench my couch with tears.
7 My eyes grow weak with sorrow;
they fail because of all my foes.

I know, gross bible crap.
Look though. Some of them know how shit works.

Actually prayers do work. Depends on how you pray.

That caps shit with LORD tho
Who even does that? I don’t think the origional was like that. The psalms give clues that God is a dear and trusted friend. Somehow a fellow traveller.

Prayers do work I’ve gotten pretty mind blowing stories , however the whole concept of religion and god punishing you for sins has messed up the human god relationship

it has become like a slave-master thing now ! I see got as any other entity happy to assist me in this life!

The caps would be English only, as Hebrew has no capital case in its written language.

That caps shit with LORD tho

The purpose for the capitalization found in the text is when other names were used but the translator used Adonai(Lord) when in fact it was El Shaddai, Elohim, YHVH, etc.

I’m really glad you mentioned that. I like poetry a lot.
Sometimes you can put truth in there that vulgar minds can’t grasp. Bards do it with style😘 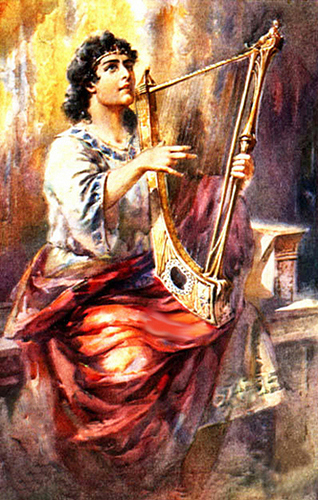 In a prayer you do the following:

When my mother died I asked in a prayer to be strong after I said goodbye. To lead the service for her and don’t cry.

That day I was very strong and leaded the service for her.

In prayers when you look at Catholics we do an extra thing. We say appreciation and we pray for others too.

I now in my practice try to take that into account too. So I have an appreciation ritual in my journal. Because to be hones I have a good life, but many haven’t. I hope the same for them…

Only if you pray according to God’s will. No spirit, ritual or sacred item can overrule this. However, rituals and entities can be marvellous in helping us align with God’s will.

When performing rituals, do so until you feel relief or satisfied. However, take care to avoid obsessive repetition and ritual dependency. THE FEELING IS THE SECRET. Then after that go about life, as usual, seeking self-knowledge and abiding in general feeling of calm or flow.