Who Would You Love E.A. To Interview?

Has he done interviews with the authors on Balg? Id love to see them all get some time. I know some have but not sure if all of them have been represented

I’d say Orlee Stewart. Her artwork is amazing and why not JD Temple if there isn’t one yet. So much awesome stuff from him PLUS he has killer art as well.

I think it would be cool if he interviewed someone off the forum.

The interviews seem to be centred on folk who are very sympathetic to BALG. Why not interview a magician who is somewhat more… Challenging. Perhaps Bokor Leonard Elmera and / or David Griffin might be suitable candidates? I’m sure some very interesting interviews could be had with those two and others who are not so… agreeable. It would also benefit BALG by having a greater diversity of interviewees and having fresh perspectives. At present the interviews are sounding a little culty.

I would love E.A to interview Nathaniel J. Harris or Ray Sherwin.

Welcome to the forum, @Katt2100 ! Please take a moment to click the image below and introduce yourself: 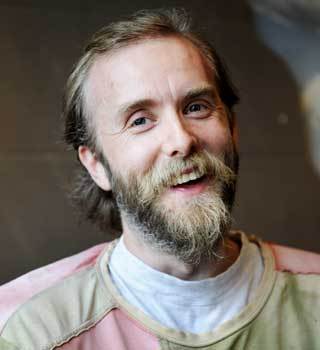 Trump! id pay to see that!

I agree except the Culty part. A lot of these people work for multiple companies. Qayin has his own, JD Temple and Stewart are part of From the Ashes, Bill Duvandek and Mason are part of of Temple of Ascending Flame (I believe it’s called).

All of these are very different.
He’s also interviewed people with Voudon and Santeria background that know nothing of Balg per say.

It’s just like Asbjiorn says, he tries to get opposing views to interview but they flat out refuse, EA gets the same. This doesn’t make it a cult.

He’s also interviewed people with Voudon and Santeria background that know nothing of Balg per say.

Yes, Bokor Leonard Elmera had a lot to say about this series of interviews with the one representative of the Afro Caribbean traditions and was extremely critical of said representative of being too sympathetic to what EA was trying to do.

As for one of the authors you mentioned, he has a tendency of blocking people from his social media sites who present opposing (or challenging) points of view.

As for one of the authors you mentioned, he has a tendency of blocking people from his social media sites who present opposing (or challenging) points of view.

I’m not fond of that idea however this is very vague and I’d have to see the situations.
Sometimes challenging or opposing view points are people’s excuse to be ignorant assholes too.

For example Asbjiorn definetly has and I’ve watched the convo go down. He’ll normally listen to the argument, give his own opinions but if the person just wants to fight he will block them, and I agree, that’s not a viewpoint being discussed that’s a dick who doesn’t want to hear someone else’s side.

Of course those who come on to talk shit about his wife get a ban too.

JD let a Christian hate monger go on once, all the guy was saying was ill kill you all, burn you, none of you are people, etc. That isn’t a viewpoint, that’s toxic shit that needed to be booted.

I know some people online will get short or tired sometimes and just not want to deal with confrontational people and other times where they are just dicks, it happens, we are all human.

The God of Fuck himself…Marilyn Manson

That would actually be damn interesting since Manson is very intelligent

Pope Francis if he is smart

And to finally see his magical powers or lack of them.

Gordon Winterfield from Gallery of Magick. Specifically to discuss his book, Demons of Magick. His techniques, results, experiences etc.