When was your first encounter with magick?

On holidays to visit mom’s family in the farm I was with my cousins and we made sling shots and shot rocks and pebbles at glasses all around the farm/village area. I was wearing thongs.

I shot at a beer bottle, point blank shattered. Only the sharp base of the beer bottle was jaggedly upright and I stepped on it by accident. I notice anything until my foot slipped off the grip of my thongs and that was a deep laceration of dare I say, half an inch or more in. It was bad. Blood gushed out like water, my uncle carried me to the toilets. Nothing was working, the blood wouldn’t stop and my family was concerned as the medical centre was a bit out of the way and the bleeding was just continuous.

A random old villager comes in, grabs a bowl and dunks it in the massive canisters of rain water, put it in his mouth; had closed his eyes; joined hands and obviously did his mantra within the mind.

He spat. The bleeding stop instantaneously. I was 8/9 at the time. I always believed in magick, since a wee child. That really kick started some shit.

tl;dr: stepped on glass, bleeding didn’t stop and a random spat at the cut with water and the bleeding stopped.

Well, to begin with I was a Christian. I was no more than about 16 at the time when I started seeing one of the youtubers I was watching actively discussing her religion. Her name is Chaos55t and that’s when I first heard of Wicca and learnt some more about it. It still wasn’t for me at the time you know “witchcraft is a sin” and shit. Still was interesting to know what she was talking about, she’s an herbal witch and that’s her path pretty much.

Now by July 2018, I was now 17 years old, I had an intense heavy presence around me where-ever I would go, in the shower it was behind me, when I was walking around, it was behind me and I never understood what it was. You know the Christian mindset, “if its not x, it’s a demon and is therefore evil”.
So, one of Chaos’ friends, a demonologist I consulted with asking a question of “is there anyone who knows about protection from demons?” and I learnt bit by bit what was happening. Hell, she even took me on a spirit walk but my astral senses were not awoken yet. I could feel what I thought was there, it was a way of finding my spirit guide.

I talked to her about the only demons I knew which were “Baal, Asmodeus, Lucifer and Abraxas” and so on and so forth and as we talked exorcisms she showed me something that blew my Christian mind. She sent me a video of an exorcism that involved calling upon Satan/Lucifer himself to rid the demon from your presence. She also told me of the goetia themselves

I slowly grew away from what I wanted to be at the time, Catholic and became more and more aligned to what I am now. By September, I met my “spirit guide” who was a white fox and successfully did an astral projection to my friend in North Cyprus. She told me afterward, she could hear someone say her nickname and that no one in her family knew what her nickname was.

It was then I began dwelling further into this occult and all of this secret knowledge. I was so drawn into the spiritual that I built my first Altar-Christian themed altar keep in mind and some spirits took my matches out of my pocket after it was built. Then, suddenly they re-appeared under my IPad.

I kept further going down my path, I was an agnostic but then I turned completely into a Norse Pagan when Freyja put protective runes all over me. I studied runic magick, studied the Viking path, worked with Freyja for seidr and then eventually made my way to the Kemetic gods and studied with Thoth who I was completely drawn to. His teaching style is simply this “Do or do not, I’m not going to manifest the result for you, I can only tell you what you must do. The rest is up to you” and those Egyptian/Kemetic gods, they are fucking giant.

Thoth in of himself was about the size of a two story house and spoke to me in a deep voice. He told me quite a fair bit about the ascent I didn’t understand at the time.

Which leads me to now, “Al-ash Tad-alash Ash-tu” awoken within me a respect for the goetia and I no longer feared them but worked with them toward my ascent. I work with whatever spirit that can help me and I give to them that which is needed

Oh and my magickal name of “Mani”. Thoth didn’t call me that, he referred to me as “Khonsu” which is the Egyptian child god of the moon which just so happens to be my profile pic 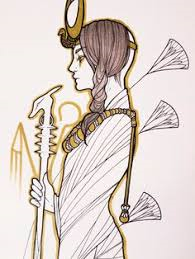 My mother used to be a Wiccan and she hadn’t practised for some years, however, our family cat went missing for nearly 2 weeks and so she performed a spell with me to guide our cat home, a day later an our cat was waiting for us outside the door as if nothing had happened.

This is what has made me pursue a deeper understanding of magick and how it works.

Age six. I materialized coins in front of some adults. It created somewhat of an issue…since one of those adults was a pastor.

My grandma was a witch. She used to read to me. Greek Mythology, Egyptian, Celtic. I always had “imaginary friends”. At 14 my empath talent kicked in. Everyone thought I’d gone mad, me included. I had no idea I was feeling OPs’ feeling, just that my mood changed all the time. I was put on medication.
My grandma would have known, but she was dead by then. The meds helped but made me numb. I was 16 when a friend of my grandma’s figured out what was going on and taught me blocking. I weened off the meds.
Learned much more intricate, layered blocking later. But I always knew magic was my path.

At 14 my empath talent kicked in. Everyone thought I’d gone mad, me included

Tell me about it, being an empath is one of the most difficult things I have to deal with. Like, my friend-North Cyprus currently she had the flu and all I felt yesterday was her intense sickness

It depends on where I should begin, the more I try to align my memories to try and find my actual entry I discover something new.

Technically as a seven year old I used look into the sun. I enjoyed the colors and the beautiful colors that skifted within the sun. Technically it was intuitive sungazing. But when I grew up in my parents place I could hear voices of people that simply weren’t those pf my family members, one time I saw a black shadow running past right in front of me. Scary as fuck at the time. However actual hands on magick experience with the help of a mediator I signed a pact with a demon, the demon awakened most my astral senses up until now.

The demon in question had me perform several reading for others especially Tarot - and not only did I had a knack for it but I was pretty much spot on with every reading. This fascinated me the most and added fuel to the magickal inner fire.

The above does in a way sum up a portion of my Journey so far.

You might wanna learn blocking. I usually only feel other people now, when I want too. It happens once in a while when I’m in a large crowd or in a confined space with other people that it just suddenly crumbles. I pass out if I don’t get out fast enough. But otherwise I see it as a gift now. When I was young I thought it was more of a curse.

Yeahhh and the one thing I’ve learnt to do is avoid eye contact when necessary. The eyes are the very gateway to someones being afterall

They are but I get hit with them, if I’m just in a room with people. Unfortunately I got so good at blocking it closed my third eye. Working on that.

Mm, one of the most important tools of being an empath is to make sure the aura is regularly cleansed along with visualisation techniques of White-Gold prana/breath intake exercises.

The thing with empaths is that besides the logical faculty of living, we see shit for what it really is within the emotional terrain. All is on a blueprint that makes perfect sense. When you know or feel a lot, you must be responsible — especially if certain aspects in your natal charts are harshly positioned. I’m quite volatile at times.

My first magical experience was on a whim and I had no thoughts to the outcome, just I wanted some fun.

When I was ten I got a copy of Mad magazine which had a cut out paper Voodoo Doll. I cut and crafted the paper which was printed as a small straw figure, 6 inches tall. It had about ten phrases that you could cut out wealth, illness etc. I cut out illness and got a long pin and slammed the illness cut out with the pin into the doll and shouted: affliction to my teacher who harasses me in class. The teacher called in sick the next day.

It is not uncommon for children to preform spontaneous direct magick (wishing really hard) and I had all of the components to do sympathetic magic, poppet, will, emotion, and a window of focus. Loved it.

Kids are truly magickal, they see life differently with their lens. They’re better than the adult.

Why? Because adults complicate things. Kids simply see it for what it is.

I used to be as well. My natal chart is all over the place. But I thought it was incredibly interesting. Even said I’m rather clumsy. Now I have a good excuse. I was born this way.

But all joking aside. I used to be quite volatile as well, especially if I don’t keep up daily meditations.
I keep a low block all the time. I don’t want to feel what the people I work with feel. It’s intrusive. I only feel it when there are stronger emotions, like anger or frustration. There’s usually a good read for it.

All along they were petetioning the Loa to help bail my uncle out of jail. He was out in a week, after sitting in jail for two years.

Why’d they wait two years before petitioning them, though?