What to make of this?

If this isn’t in the correct forum or if it could be placed somewhere better, feel free to move it.

Just to start off, I’ve always had some sort of abilities myself. I can astral project, sense spirits, receive information from…somewhere, predict things I have no way of knowing, etc. and as a child, I recall being able to levitate things and turn my tv and lights on and off as well, though at some point I lost those couple abilities. A couple years ago, I also projected myself into someone’s dream. I’ve successfully held a few seances but otherwise, have really never practiced magick in terms of spells or crystals or any of that stuff. It’s all just raw ability that I’ve had since birth. Recently, I’ve been having a woman come to me in my sleep telling me that I’m stronger than I know and need to live up to my true potential. I don’t know who she is, and trying to figure that out is part of how I found this place. One thing I can tell is that she had some sort of motive, and she isn’t coming on her own behalf.

Now, I know it’s a little weird to push these two topics into one thread, but for some reason, I feel like there’s some sort of connection between the two. My mom was recently told that there is a demonic spirit attached to her that is causing her harm. Supposedly it’s been attached to her for a majority of her life. What’s interesting about that is that my dad became a violent and abusive alcoholic after meeting my mom. One day he just quit out of nowhere and became a totally different person, like possibly something possessed him for several years before leaving him for some reason. Around the same time, there started to be more activity around the house, mostly targeting my mom. Things she’d have would vanish, stuff would just so happen to trip her and cause her to fall, things were flying off her shelves while she tried to sleep, and she always felt like she was being watched. Now, I have definitely felt a presence, but it hasn’t ever shown any hostility towards me. In fact, there’s been times where my mom has had something vanish and started to blame me, but once she starts to blame me, the item shows back up suddenly, like whatever it is that messes with her wants to make sure I’m left out of it.
Being that I’m insanely inexperienced here, is this a guardian angel or spirit or something like that? Would that type of spirit even act in that way? Can “negative” spirits or demons develop a fondness of someone to where they could avoid haunting them specifically? I’m just not sure what to make of any of it. This is a long-standing interest that I’ve never really pursued until now, so I just don’t know much yet.

You could start by asking whomever it is to kindly stop! They usually listen. If it kept on occurring try banishing and protection! If someone cares for you they should care about your family too! If not protecting atleast not harming them!
Also I have heard somewhere if you have stuff moving around it might be an emotional child doing! So it might even be you! Not sure about it tho!

I agree with @MiKu. The next time the “lady” approaches you, ask her point blank if she is responsible for what is happening to your mom. If she refuses to answer or is vague, let her know in no uncertain terms that if it doesn’t stop you will banish her, and never allow her to contact you again.

If she says she is not responsible, then you will need to banish whatever spirit is. If the spirit lady really cares about you, she might even help, but you need to start learning a banishing ritual, such as the Lesser Banishing Ritual of the Pentagram and do it twice daily (you can expand the boundary formed during the ritual to encompass the whole house so you don’t have to do the ritual room by room). That will push out any spirit causing the problem. If you don’t want the lady spirit to be pushed out, you can make that intention known during the ritual.

See, here’s the thing…I’m an adult now (28), but my parents have both been somewhat abusive since I was young all through growing up. I moved back in with them for a few years due to some life circumstances, though I’m moving again currently. It’s my personal opinion that this spirit is defending me against my mom or acting in anger due to the way she’s acted towards me. And if we’re being honest, I’m not really trying to help her. I’m just trying to figure out who this spirit is, if she’s only connected to the property, if she’s connected to me, or to someone else in the household. I will say that we had our house built when I was little, so nobody has ever died in it.

Then you need to communicate with the spirit. Try using a pendulum or automatic writing, and ask the spirit to manipulate your hand and answer your questions.

I’m definitely going to give this a shot tonight when I get home.

So now I’m curious, how often do entities claim to be someone or something they aren’t?

Very rarely. Those that do tend to be lower level entities, trying to make themselves seem bigger and more important.

There seems to be a universal law that says spirits cannot speak any name but their own, so one of the simplest ways to identify a spirit is to ask for their name and seal. Impostors will try to avoid the question or say something like “Lord of Air” instead of saying Lucifer, for example. They will also try to bully their way out of answering by demanding, “Don’t you know who I am?”

What I actually got was a sigil that ended up kind of flashing in my head. I did a little research, and I’m a little skeptical that a high level entity would have anything to do with anything that’s going on.

I’m going to give it another try tomorrow and see what happens.

Draw out the sigil, and post it here so we can see it. Perhaps it will help us identify that spirit. 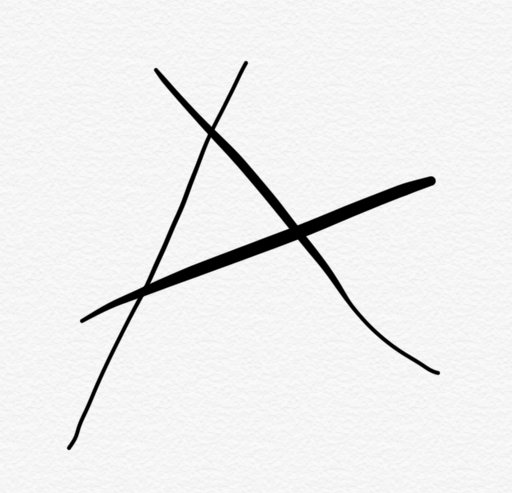 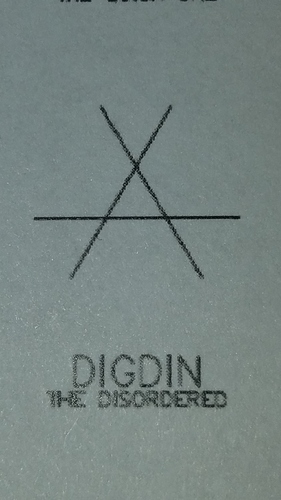 Does this seem right?