What Magicians Know that Nobody Else Does

The things magicians know that nobody else does… 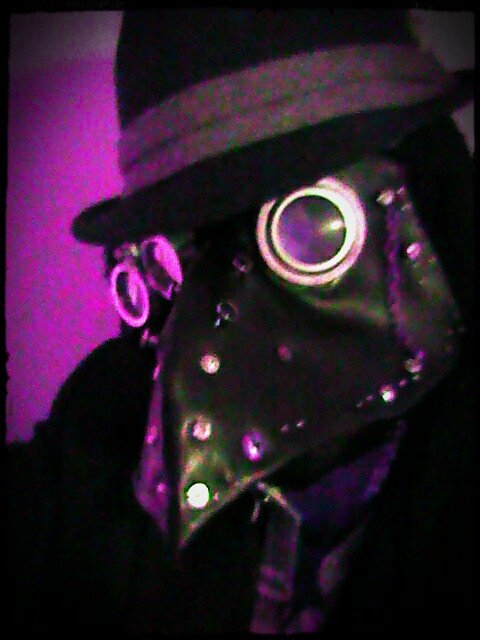 IMG_20161021_234815.jpg480×640 57 KB
Modern academia and scientific dogmatic cultism has flooded the intellectual community to such a degree that they have become exceedingly arrogant and overly flawed. 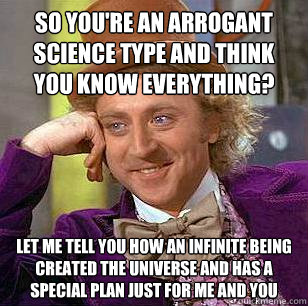 So called “geniuses” have become so wrapped up in their own genius that they can’t accept the fact that they are wrong or perhaps over looked something. Instead they attempt to gear the facts to their viewpoint rather than lose their genius status by being wrong. They are so overly confident in their genius that they often overlook the very simple and obvious answers directly in front of them. 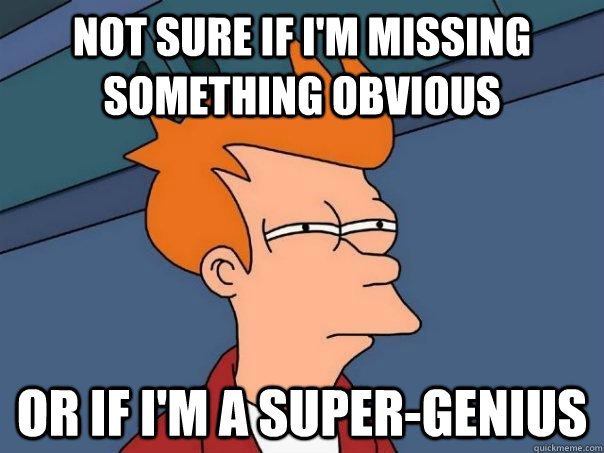 The purpose of existence and the meaning of life. What the fuck does it all mean?! Why are we here!? Oh, fuck!

The purpose of existence is to exist, because it is a place for life to exist in. What is the meaning of life? The meaning of life is to live and sustain life but why sustain life? Because one thing life does is grow and evolve. The purpose is in it’s self and rather simple and obvious. The meaning of life is evolution, we are a bridge to something greater that will evolve. As magicians we find ourselves in the unique position of being a life form that has the ability, should it choose, to participate in its own evolution. We decide today and take control of the direction of that evolution to make it what we want it to be.

Why do bad things happen to good people?! The universe is so unfair

The truth is nobody is good, everyone has flaws and shortcomings. The closest thing to good would be an Alpha male/female protector provider who gives because they can afford to and expecting nothing in return. Unlike the masses of individuals who use selective kindness for the benefits it gives such as influence and or to create a sense of emotional debt. An example of this would be a weak beta male who spends money on a date with a woman expecting his kindness to get him laid. What a loser Lol!

The alpha male expects to get laid because he knows he is awesome and desirable. Spending money on a date is something we do because we want to have a good time and enjoy sharing our good time with the person we already knew would have sex with us before we even spoke to her. And if we don’t get laid, no big deal we got plenty of booty we can call and we were only out for a good time anyway. As for the alpha without money its about being creative and finding economical and easy ways to have a good time.

Like a picnic in the woods.
The ability to shape ones environment into a good time (using nature, such as hiking, surfing, or just taking a Sunday ride on the motorcycle. ) this is a form of power and as all Alphas know, power is the greatest aphrodisiac. If your good time partner is a magician its even better because together you have an entire hidden universe of good times the rest of the world simply doesn’t have access to. There should be no reason a magician is a beta male/female. If that is the case its because you did it to yourself.

Now for everything outside your control, which is far less than you think it is I guarantee, that answer is simple and obvious, Shit happens, deal with it.

Now, not to leave out my girls… You Alpha females, should understand that attraction begins in the mind. Its not about having that fit body, large breasts, the hair, the nails, the makeup, its about what you project from within. Your confidence, self esteem, your kindness and nurturing nature instinctive to females that has been suppressed by the same “geniuses” who gave us the rest of the mess of a planet we have today.

Another example of why the “genius” nerd never gets laid. If you are a life form that can’t reproduce, if not another one of us, (some people have reproductive medical issues) then at least something of mental reproduction “advancement” and evolution to benefit the whole, then your existence is meaningless.

Two kinds of Nephelim, giants and men of renown. After realizing that the giants did nothing but cause trouble and were not that smart, selective birth control measures were put in place to limit as much as possible giants being born.
This is clearly described in Genesis 6: 4

(My point illustrated here)—>
(“AND ALSO AFTERWARD”)-when the sons of God went to the daughters of men and had children by them. They were the heroes of old, men of renown.

There is a reason you are here amongst your family and a reason you feel a kinship to not only our demon gods but to each other as magicians. Although we can still find remnants of the giants in certain parts of the world where the people are large yet have remained rather primitive and not advanced much in the fields of science, technology, or civilization.

Giants are exactly that, big huge people, the men of renown are as such because they are mental giants. A far more valuable and useful trait of their demonic parentage. Many of you here fall into this category and its high time you make use of your inheritance rather than squander it on video games and online political arguments.

I agree with the ego part

Your choice of words is also interesting because this is a synchronicity. Such as the terms “Alpha” and what not being thrown around my work place. I feel I was definitely supposed to read this.

No disrespect, but after reading your text I can’t see how you are different than them then?

Different than who? The New York Giants?

The people that have and excess of ego, if im reading into that right.

Point is, everyone has one. The idea is to be aware of that, in control of that and to work on it. We are all but men, striving to complete the same goals. You have yours and I, mine. For example my justice, or more accurately put, vengeance, is no different than Adam’s. We are but the same in this perspective. No one is above anyone. No one is important. Why? My reason is we will all live and we will all die, even the immortals. To think we are above everyone, because of skin tone, tradition, etc, is an excess of self importance which is an inhibitor of evolution.

Nobody is better off.

This post made me feel like I can rip a gorilla in two, or fuck one in the ass. Either way, I’m PUMPED.

Who the fuck is Daniel? He will do no such thing.

Daniel is one of the others. We have DID (dissociative identity disorder) or multiple personality

This is way beyond my understanding but I still like it. Noice Noice shwe shwe.

Quantum mysticism is a set of metaphysical beliefs and associated practices that seek to relate consciousness, intelligence, spirituality, or mystical worldviews to the ideas of quantum mechanics and its interpretations. Quantum mysticism is considered by most scientists and philosophers to be pseudoscience or quackery. Quantum mysticism in the sense of consciousness playing a role in quantum theory first appeared in Germany during the 1920s when some of the leading quantum physicists, such as E...

Now if I could just find the source of what inspired this greatness, I would be inspired twice

and rule over peasants.

Get em my man!

Ooh where can i find more

I like it how they (wiki)try to debunk and refute all of the good stuff. It keeps the herd in line so we can be free to evolve without disruption. If it was given too much credibility the organized religions ( and their followers) would go insane. The world needs to evolve a little bit more before its ready to see what we do here has something to it.
But now that I think of it that might not be such a bad thing.
Who here thinks the herd should get out of line a bit or a lot?
Opinions?

Honestly if we arent that better than them then…

But at the same time pearls are not for swine.