What Is The Black Sun

What exactly is the black sun? General Discussion

Now to really break down and dissect what the black sun is we have to dive into quite a lot of things, as there isn’t one definition of the black sun.

Nazi Symbolism Of The Black Sun. 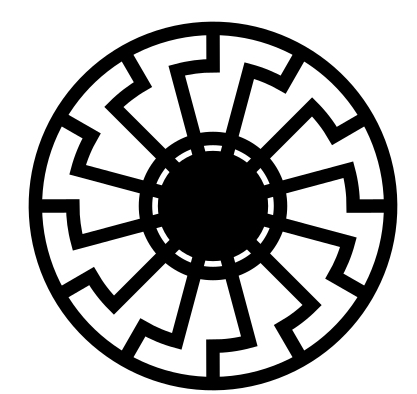 Let’s first look at symbolism, it’s seen as a a black sun/solar wheel, introduced by Neo-Nazi and their occult organisations. The symbol was first introduced during Nazi Germany, it was a design for the castle Wewelsburg castle and later remodelled and expanded by Heinrich Himmler. Which was originally for the SS and was meant to be apart of their logo. It acted as a substitute for the swastika, this is quite common as the Nazis often inverted and used spiritual symbolism and tainted it with their own false definition. Now it’s time to move away from this symbolism and further dissect the nature and the black sun.

The Black Sun In Alchemy.

The Black Sun, also known as Sol Niger refers to the first stage of alchemical magnum opus, the nigredo (blackening). The black sun is used to illuminate the dissolution of the body, the blackening of matter and/or putrefaction in Splendor Solis.

The Black Sun In Mesoamerica Mythology.

In Mesoamerica mythology there are many meanings to the black sun, it has connections and associations with the god Quetzalcoatl. It had other connections as the Mexicas believed there were two suns, the young day sun as well as the ancient dark sun. There are also some beliefs knocking about within this pantheon that scholars believe, the black sun could be the ancient female origin of all that is, known as the womb and tomb.

The Aztecs associated the black sun with the passage of the black sun with a night journey through the underworld using the butterfly imagery. The butterfly being the archetypal symbol of the transcendent soul, transformation and mystical rebirth. This is represented in the figure of the terrifying goddess of earth, Itzpapalotl also called “Obsidian Butterfly”. The devourer of people during the solar eclipse, when the underworld was a eternal dwelling place of souls.

In Zoroastrianism there are two major gods, some argue they are twin brothers, while others argue they are two sides of the same force. Ahura Mazda is the god of light, also known as the creator, he is the sun and the lord of wisdom. For he is the normal sun, yet Ahriman the god of darkness, lord of chaos is the black sun.

Ahura Mazda representing the formed which can be seen as the limitation of existence and Ahriman Is the unformed black sun, the limitless potentiality.

Whereas the tree of life, the sephiroth has these planetary associations within the spheres. The sphere, Tiphereth being the sun/solar sphere. Whereas the Qliphoth is different the sphere Thagirion is not the sun, it is the black sun. Thagirion is often referred to as “The Opposer”. For the dark illumination of the backward tree of night is indeed the black sun, here the initiate experiences the union of god and beast within. Where Belphégor rules over and Sorath dwells. 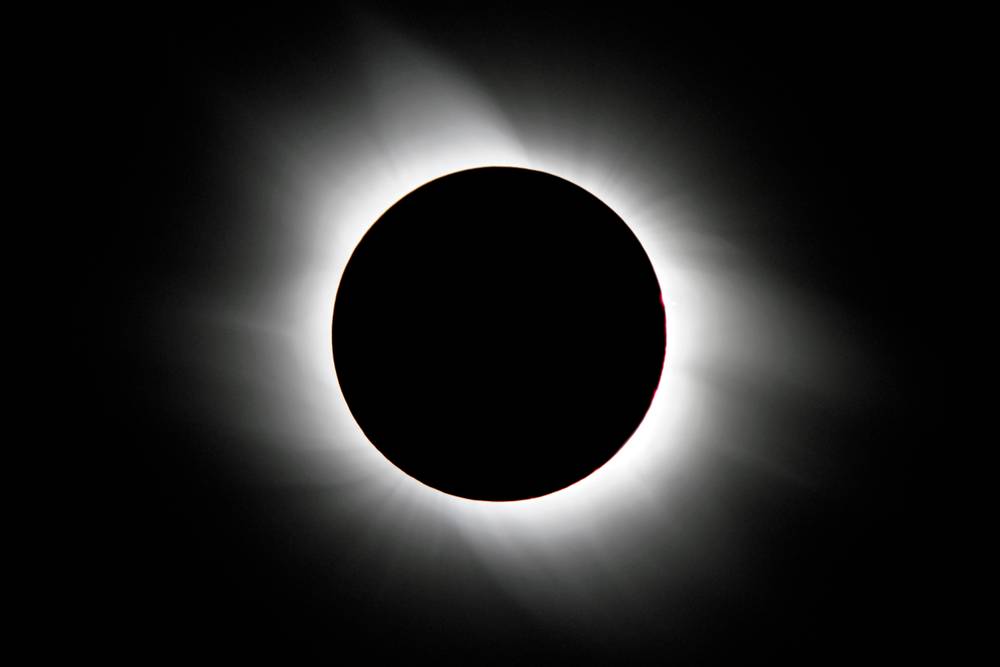 The Black Sun is the gateway of liberation through chaos, it is the un-manifest and manifest spiritual potential. While on the Sephiroth the sun represents the light of god or the power of the divine, free flowing into existence. While the black sun on the Qliphoth is a inverse flow, pulling the light of creation and the power of the divine backwards into a singularity. Reuniting the aspects and emanations of existence, to collapse into that of a dark singularity, a black hole or more commonly known as the black sun. In Zoroastrianism the sun is actually Ahura Mazda, the creator and god of light. Ahriman who is the black sun, the god of darkness looks at the creation of Ahura Mazda, noticing the stasis, the limitations, restrictions, weakness and frailty of the whole thing. Looking at this we can view Ahura Mazda as what seems to be a glorious sun, the rays and emanations of the sun being the angels and forms of this limited existence. Look at Ahriman a black sun, the dark solar rays emanating these are the divs (Persian demons), for their dark solar rays are emanations of that which is limitless, the infinite potential.

So in this sense the light is seen as a lie, which I’d often is presented as the great truth. See a lie will often claim to be a truth, whilst the absolute truth does not concern itself by appearing to be true at all.
The black sun isn’t just a symbol it is an actual energetic construct, not manmade it is an actual spiritual vortex/dark singularity of the unformed, powers of darkness, chaos, acasual existence and the limitless potentially of all and nothing simultaneously.

How does the black sun relate to the super human race?

I think they always talk about superhumans when they talk about nazis… i dont know any superhuman nazis tho, some of them can be deitisized but they wont last aeon…

This lost legitimacy the moment you referred to National Socialists as “nazis”. Because of this, it is clear that you have not confronted all of the presuppositions surrounding the mythology and history of the Sonnenrad.

Thagirion is often referred to as “The Opposer”. For the dark illumination of the backward tree of night is indeed the black sun, here the initiate experiences the union of god and beast within. Where Belphégor rules over and Sorath dwells.

The picture that you used to give a Visual or the black son is the same light that is seen in about 95% of my visions of late. It’s always darker but still “daytime” and the sun is out. I couldn’t figure out if it was just smoke or fog but this post made it very clear on what I am seeing.

Iv been seeing this for a bit too. I had a post I posted I think my first one about this

For a while I thought it was some odd solar eclipse

I love the black sun, I live up North it means a lot. Plus I saw some art where they recreated it as an occult symbol and not how people see it in the modern day.

I am very hardheaded and don’t always listen to or even acknowledge what I see. Until Something like this happens and I have someone tell me they see the same thing.

I use to just call it the midnight solar eclipse. That was the best way to describe it

For me in the visions that I have. It’s all linked to the rise of the infernal empire and the emperor of the universe. Yea, he’s going to go big and for it all. But the times are definitely shifting to an infernal rule. Besides the black sun I see gates all the time too.

Ooooo that’s cool! Iv seen a few of those and opened portals before mostly in dreams

There is still a lot of questions I have yet so little to go on.

I still don’t get. Lot of what I see. I think because it is just in pieces. But the one thing that is always the same is there is always the black sun.

The black sun is life and death, just like the sun. It is the time when the sun doesn’t really set which just as intense as when it is darkness.

The sun creates and the sun takes away.

It could be a place or a part of a reality. I know with mine I saw it but I also saw other planets with different energy currents going through them. Some the time some be up and in one spot and other times be different. For example I looked in the sky and saw the black sun and to another part of the sky I saw Jupiter with this green energy that fed into Mars and on the other end was Saturn and this purple colored energy was being fed to Jupiter. I then realized after a few dreams these were currents that worked like keys. Each planet has its own and at some point an aliment would happen that would open a certain portal or energy current. It’s like having the suns energy hit a mirror and you turn that to hit another and turn that to hit another creating this beam of energy.

quite fascinating. Best way to describe it is this. 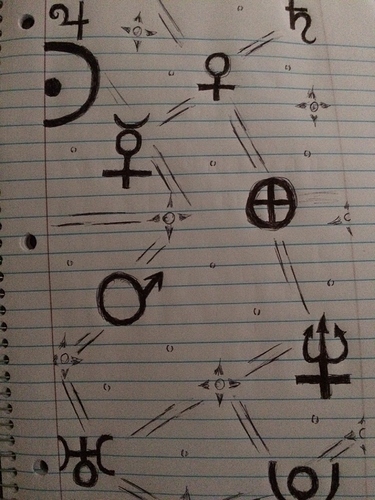 I cant remember but it was really weird

That’s so beautiful. It really just reached me i. Was amazing ways.

I got a really good visual of what you see. Was it 9 planets? If it was 9 planets = 9 gates

could be symbolic to the 9 gates of hell opening.

Maybe ?? I still don’t have the answer for this one yet :x