What exactly is reality?

So i have been watching some conspiracy theory videos and there is a conspiracy theory that we live in a simulation or some shit but if we live in a simulation then how come we have a soul and we can contact ancient gods and demons and ascend.
Some other guy also said that reality is a simulation within a simulation and i just got mind fucked. And i was also wondering about deja vu
Cause another theory is that deja vu is us a thousand years in the future with vr headset looking back at our past life or some shit and i just got EVEN MORE MIND FUCKED😂
So what is your thoughts on reality

Hi i watched a documentary about a scientist that did some experiments on the brain, It aired on BBC i think.

The experiment was , they took a person and hooked him up with some measure and brainscan tech and they gave the test person two buttons , one in each hand. Then they told the person to just randomly click the right or left button they were holding.

The interesting thing was that they could clearly see that the brain knows around 3-6 seconds before the person clicks the button wich button they gonna click. In theory that means that something already decides before u do what action u gonna take, at least before u make the conscious decision.

Maybe thats deja vu , you shorten theese 3-6 seconds to maybe 1 second and experience that you already have seen this or done that ??

This is a fun read btw

The Holographic Univers by Michael Talbot 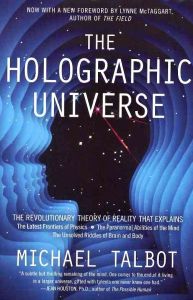 Reality is quite literally what you make it. More specifically it’s the combined Will of a populous coming to an agreement on what it is supposed to be. Science tells us that a single observer affects particles on a quantum level simply by observing. On a macrocosmic level, the world we see around us, the majority of the observer create a consensual reality.

The idea of it being a simulation is less like a literal VR Headset and more like its the closest known word that can be used to relay the idea of multiple realities and dimensions acting and reacting to eachother.

Also I will have to go over and read this again because I started typing on “auto-pilot”…but that usually means I am on to something.

Alice, be wary if following any white rabbits down a hole.

So what is your thoughts on reality

That’s what I think.