What does this symbol mean

Hello brothers and sisters;
Please anyone know something about this symbol, Its meaning, history and origins… 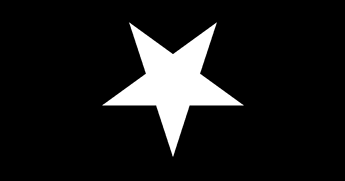 Is this question serious???

You can find the history and symbolism of it with Google.

I am afraid to find incorrect and misleading information. I think I will find useful answers here, Because there are really great people here. They share culture and information.

The inverted star/pentagram. A symbol of many things. It is a symbol of grounding, the material world (the right side up star points up to spirit), drawing down power to an individual, etc. It is used in initiation into a certain degree in training (i forgot which degree) . early christianity also used the inverted pentagram as symbolism of the 5 wounds of jesus christ.

simplification of an inverted pentagram

The inverted pentagram is a symbol with vast meanings, ranging from one of defiance (usually incorporating a goat’s head that is often found in satanism), a focus on the physical as opposed to the spiritual, a focus on the internal as opposed to the external (as it is used in some wiccan traditions, usually during the 2nd degree where the individual learns to see within their own shadow aspect), and even an early christian symbol (as Constantine used it for his seal). It is also used above the door of the Mormon Nauvoo Church in Illinois.

Although the first association with the inverted pentacle being a sign of evil came from Agrippa’s work.

Thank you so much!

Thank you so much for these all info!