What does being gay mean to you, spiritually?

I asked Sitri if he cared about specific genitals once actually.

“Your corpse is of no concern to me, lust and desire are my domain”

Corpse is of no concern…

I’m glad that you have some success!!! I hope it works out.

Has anyone else ever seen someone with serious issues stemming from repressed sexuality? Forcing themselves to live as a straight person?

Embracing yourself as you are is crucial to spiritual health.

Has anyone else ever seen someone with serious issues stemming from repressed sexuality? Forcing themselves to live as a straight person?

Embracing yourself as you are is crucial to spiritual health.

Makes you wonder how spiritually unhealthy you would be if you hadn’t come out huh?

It does me at least. Icky.

Yeah. I just try not to worry about it.

Perhaps. That’s up to the mods. 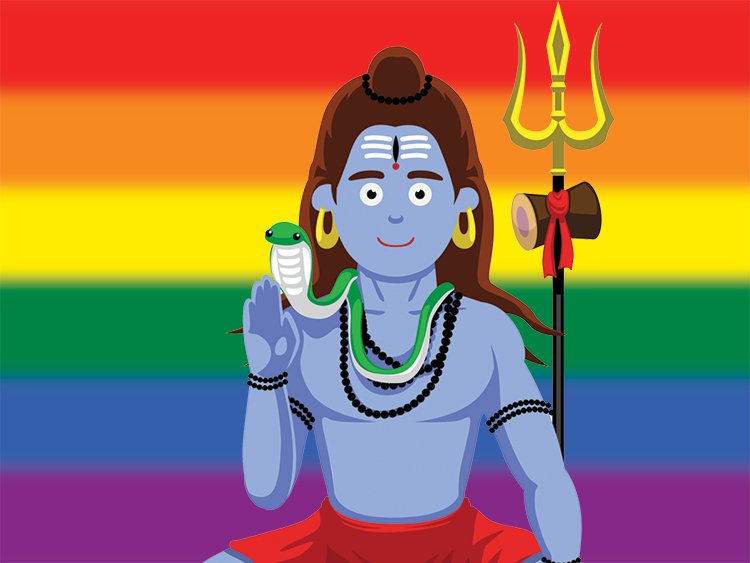 You didn't know we were so divine.

I honestly don’t think it’s possible to change that, but that is their spiritual problem, not ours

Dick balloon there, in front of kids. Imagine if some other group did that. It would have been in the headlines.

Yeah I can agree that’s not good, and I’m homosexual. Like the idea of pride parades is nice, the concept of lgbt community I see nothing wrong with, but then there’s always specific individuals who go and do disgusting things like that, and of course make the whole community look bad. Really it’s pathetic

Sorry to hear about your friend. I’d like to invite us all to say a prayer or perform a working for his well-being. Your friend is a very good example of what happens to gay men who torture themselves into being heterosexual.

Just Because He Breathes: Learning to Truly Love Our Gay Son

We told our son that he had to choose between Jesus and his sexuality. Choosing God, practically, meant living a lifetime condemned to being alone. So, j...

For six years, Ryan tried his damnedest to be hetero. He underwent conversion therapy, followed all advice, earnestly prayed to Jesus; all of that never worked, and it led to his tragic teen death.

That said, forcing somebody (like late Ryan, G*D have his soul) to become hetero (or else, like gay men pressured to become trans women in Iran) is very much damaging 'cause it is really not their choice. They are made to believe their state of being is inherently wrong, perverted, unbalanced, sinful, shameful, and it may cause their eternal damnation.

They may then undergo “conversion” under duress, and results can only be messy and tragic.

Shiva is a queer God ! What the fuck

Gay men can be quite masculine too. It is a misconception that all gay men are “effeminate”. Harvey Levin of TMZ is gay, and I was actually surprised when I found out; he always totally looked “straight” to me.

Jim Hoft of Breitbart.com, Kevin Spacey, Trey Pearson and others, before coming out, were never seen as “gay” or “effeminate”.

Hope you are not talking about me dude.

Lesbians have the same issue of stereotypes. Everyone thinks of “butch” and lesbians who act and dress like your “typical feminine woman” often report feeling frustrated that people don’t accept them as lesbians because they don’t “look or dress like a lesbian”.

For those who might not have seen it, this is Koettings take on the LGBTQ “movement” as it relates to eliminating the tyranny of Monotheism.

Yes! And I love it! I don’t know why but I think that’s so hawt. I didn’t mean to imply otherwise.

But what about other genders. New York state has I think 72 official genders, ( one includes being identified ad wolf) Don’t you think something Is wrong there.

Yes - 72 is way too few. In the same way that spirit has infinite variety, so does the expression of that spirit,not just in sexuality but in all areas. .

And this is why, as an asexual I don’t identify as LGBTQ+ or queer - except as in A for Ally. Asexuals are continually erased by Allosexual people. The spectrum is not 2D, with straight and gay at the ends and bi in the middle. Not a lot of people think about that. 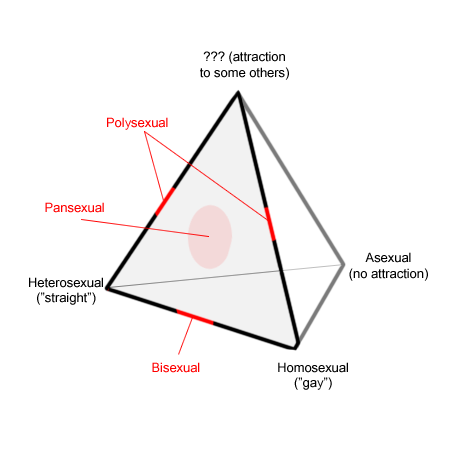 IMO, since I have my kinks, it’s a very different energy altogether. It’s fair to say many do mix sex and BSDM, I sometimes do and I sometimes don’t, but they’re compatible not inter-dependent.