What can and can't a servitor do?

I have a few, but all got a very thing in common:

they are supposed to be able to do things that i couldn’t do myself.
~That is, except the option to keep them as companions,
the only reason to have servitors at all. (Including to do things you guys could actually do yourself,
but you would use serivtors for compfort)

But i’m talking about my needs, like to have a spy, who is created to gather hidden information.
A servitor that is allways seeking for data, if not called.

Or a servitor to awaken/to block astral/physical senses, which is one of my youngest.

But… against ALL videos on youtube, and against pretty much every book on servitors (my assumption, cause i read a few) is, that some say that servitors are actually as incompetent as you are.

That the greatest thing they could do, would be to cause coincidences which would lead to the desired result. (if possible)

Meaning: they couldn’t gather information that you couldn’t get yourself, for example.

Which would result in me, having to kill all those things because they wouldn’t serve me in any way.
And up to now: the spy brought false data -false passwords and such
And no servitor, except maybe one who is set around vitality and another, who is set around social matters,
except those two would all servitor i created so far being total garbage, regardless if i would feed them or not.

-So back to a clear question: What are the limits of a servitor? What have you experienced? (Don’t tell me just what you believe.)

While I have not created any servitors or worked with them, everything I’ve read about them says that they are only as limited as your imagination. They can accomplish almost anything.

some say that servitors are actually as incompetent as you are 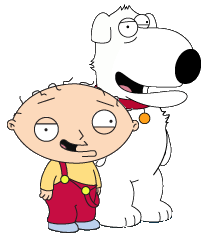 Servitors are great for protection of you and your family I have found. They are as powerful as you make them.

Off topic but @Chakraless_magick, I love your blue rose picture. I have a tattoo of blue roses on my back.

And typically they are only as powerful as the magician as they come from you.

When creating servitors’, it all depends on two things. One is how strong your will is to have that desire fulfilled. You have to pour all your will into not just creating that servitor but also assigning it the task for it. However; it also depends on how deeply you want that certain desire. I.E., I have a great desire and craving for wealth and when I created my servitor. Mine was able to manifest opportunities for me to take, and that’s another thing you have to not only keep feeding them, I.E., blood or energy, but you have to give them time to develop and grow. This can take weeks or months as it took a few for mine to grow and develop before opening the doors for me. The other thing is how exactly the servitor is created, the best results that I found was taking the energy of a certain God or Goddess, (make sure you ask first before doing so), and fuse it together with your will. Depending on which Spirit and how powerful it is can help develop the servitor. I used Lilith’s energies to create mine but mainly because her energies can be basically; used for anything.

Overall; from my own experience so far. Servitors can do anything but again, it all depends on your will, how deeply you want that desire to be fulfilled, and which spirit you worked with to create it.

“Doors,” is just another way of saying opportunities.

i know.
~but i asked about what those were.
Because i created one to open my damned eyes, so i could percieve astral entities in general