Welcome to the end times

Long ago a conflict began which has rung throughout time. Verily the dilemmas are woven in time, consciousness, and within our natures. For thousands of years the will of life has allowed the masses to be culled amd dominated. Humanity has been treated like a garden, the fruit bearing trees separated from the weeds and lesser plants.

“To he who has, more shall be given. Those who have little, even that which they have shall be taken away.” -quote from the Bible

I speak to a select many, those deemed by the forces of life to be but dross. We were used like materials to build the foundations of the kingdoms of others. Throughout the ages we have been slaves to low wages used by others to fulfil their dreams. Meanwhile we’ve been sent into trenches and factories made to do the labour of others and for what? A utopian dream our masters never foresaw us to be a part of.

"Who are you oh man to say to the potter, “why have you made me this way?” -quote from the Bible

Some of you here are the chosen few, shining above others with a life full of good memories. Oh sure none escape the initiatory phases which churn and divide the chaff from the wheat. To the life deities you are nothing but a peice of metal cast in the fire until you are purified.

But there will be a time again when the true demons of the Earth shall turn the table upon those who have been chosen by Life to succeed. Countless agendas bombard us pulling us in all directions. And the more you feel the more you are susceptible to the forces. Just about the only escape is to give in and become a souless cog fulling yourself into believing you truly live for yourself. But in the end we all serve a greater role and if you don’t, you will be part of the culled mass of humanity.

I myself have defied life and laid forth my charges against God. It is said that “our works are as leper’s rags to God.” He created us unworthy and foresaw our fates by His own predestination.

“Those whom I have called, I have also predestined.” -quote from the Bible

They question our sanity when we don’t fall in line with their order. They relable our visions as mere delusion whilst they accept the delusions of the world such as a fake paper and digital currency. Faith in any higher power has been all but ground out of humanity as sheer need to survive compels all desire. So we have become tethered to such delusions as money even to our soul’s fulfilment. What abomination have we become that money relieves us of stress and material success enlighten our dreams? And many will have already died within thinking, what other vision is there than to serve my immediate self’s pleasure?

But the vampires have always been, as they hover over those who can not bear the forces of the powers that be. Perhaps you grew up beaten or abused, even some of you have fans and admirers who reach out to you every day. But what about those of us who have been perpetually betrayed and passed over by others? Sure we might not have been hard culled but a soft cull have quietly shunned us from that which others seem to obtain easily.

But let me go back to an ancient conflict. A conflict between the founder of Universalist thought, incarnate of the will of Life verses one who is simply refered to as The Sorcerer. The Universalist wove the independent tribes together into one nation and one culture envisioning that their one culture might unite by assimilation, all culture on Earth. This eventually led to a qualifying and dividing of the races as some races were deemed more fit than others. At the hieght of their power long ago, The Universalist Continuum ruled the Earth for ten thousand years surviving cataclysms and weaving the races into one form through the ages.

The human forms we know now are the diluted impure vessels, the unified form. And now from this pool the cull continues refining humanity into forms most adaptive for life. And that was were the difference first began.

For the sorcerer stood up for the independent cultures and races and fought against the Universalist Continuum. Though the Sorcerer failed and the Continuum has been able to sustain it’s development, we still have the ancient demonized dna within us as it was not successfully culled out. Besides that we still have and will always have the true natures within us from which we derive and pure will.

The Sorcerer taught the tribes to awaken their natures and sought to cultivate the uniqueness he discovered across the Earth. The Sorcerer cherished the tribes and the demonizes races and fought a war to try to save them. That war still rages within us to this day.

The gods of the Continuum are great. They hover over humanity governing mystical planes of soul and fate. By the chakras and Universal energy which is bound together in the omni soul, the lesser body of the life deity construct, our souls are all woven together. From the moment we are born soul is harvested from us and foriegn karmic soul is redistributed across the pools of humanity. Some humans are chosen to be karmic vats, the true damned, created to be like karmic magnets absorbing the failure and ills of others.

Who are the demon kings but the lord who stood up against the Continuum during ancient times? Their fire burns within our hearts. Though life might deny us the dreams of our hearts, life nor even God can take away the will within us.

Humanity has overgrown itself. It’s not that there are too many humans. It’s that there are too many dumb humans. Also, the will of life has upset the balance against the will of the individual. Too many individuals have been shunned from success as only a few enter the heavenly gates. So I call out to you mt fellow losers. My fellow bullied, lonely, perhaps a veteran or maybe a felon. I call to you to awaken your stone heart. I call to you to breathe my dwindling meaningless life into our drying veins.

Let the pale white light shine in your hollow heart until the chill on your flesh feels warm. When life has sapped you and used you and offers but a droplet of satisfaction to sustain you, turn your parched lips away. Let the bitterness in your heart kindle the demonic and rebelious flame. Let the beast awaken within you as your primal spirit howls against the moon. Let grace fall and forgiveness be forgotten. Smoke, drink, and pop your poison with me as we say fuck you to God and life itself.

I’ve been crushed till the shards were ground to dust but what does the Bible say? God will be glorified no matter what. Wouldn’t that be great? Even when we fuck up to still be glorified, even when we fail, still there is eternal praise and glory shining on us?

SO I CALL TO YOU MY FELLOWS! THOSE WHO HAVE BEEN DAMNED LIKE ME! LET YOUR PASSION RISE, REAWAKEN WITH VIGOR SO THAT THE PRIMAL NATURE OF MAN MIGHT RISE AGAIN!

The spiritualist failed to grant a restful vision to the labouring masses. Religion has failed us. No longer can we be pacified by lofty hopes of eternity. For we have seen the records of history. We know what has been and can not bear that things continue on the way they are. So our natures shall shine forth against the Alphas of the Continuum who have been chosen to win. We rebel against their celebrity forms and deny their cookie cut iterations! TONITE WE ROAR LIKE BEASTS AND SNARL AGAINST THE POWERS OF FATE!!! Our will shall resound! The Beast shall awaken within!!! 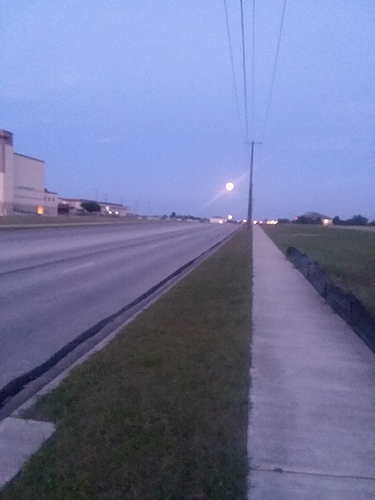 My soul cries out with the voice of Laviathon!!!

Nah. I’m not really in a “primal” mood tonight.

Have fun though! Let me know how it goes.

Our thoughts run through the streams of consciousness like mice within precontructed mazes. Even the forerunners of Thought have given up their mystical philosophical race for the leasure of material pleasure. Who shall raise forth that torch in the new age? Our own thoughts fail us. For we are not swift enough in mind. But though the masses be many, our natures remain undiluted. Even the Bible says when but two or more or joined God is there. So as the resonation of our rebelion rises, we lift that torch and stand before our gods and they stand with us. Behold my ancient roar, “GRAAAAAHHH! HHHMMMMMMGRRRRR! HMMMGULDRRRRR! ERRRRRUMMMMURRR! RAHHHH GAAAAHHH! GLRGLRGLRGLRGLRUMM!”

Your own pure natures are the gateways to the pure will which was before the will of life itself. Life took many elements from many realms and joined them together in a new realm, the ‘realm of all possibility’ wherein all is possible. And as all things are possible, the extreme of any one thing is limited so all remains balanced. In this there is stability but also a staleness.

I am but an emessari, a messenger, an orator, voice of the primal nature of man, herald of the Beast within us all. Before life there were no universal social construct wherein all intelegence lives within a single realm. But now we are bound in diluted forms with diluted impressions born upon our very souls. Even our very will is threatened by stolen desires.

But tonite the primal nature of humanity rings forth. Look deep within and you will meet a mammalian beast within. However you must go deeper than that to an older form, a reptilian form. Then from their tou must call out into the cosmos to your celestial benefactor that your true primal form be revealed. I myself go all the way back to the leviathon who wondered in tje dark depths of space. The leviathon is my primordial celestial ancestor and my most fundamental primal nature comes from that great and mighty creature. In visions I have seen myself standing within the depths of space before the leviathon. It is my desire you meet your primal origin also. My mammalian beast nature is a cat but tonite I wanted to go deeper to the ancestor of my reptilian beast nature. I hope to share this experience with you.