Do what thou wilt shall be the whole of the Law

I will post here my tarot and oracle readings intended for the world, whenever I feel like reading.

Love is the law, love under will

Weekly Tarot Card Reading May 11 to May 17

This is a general reading, it may or may not resonate with you 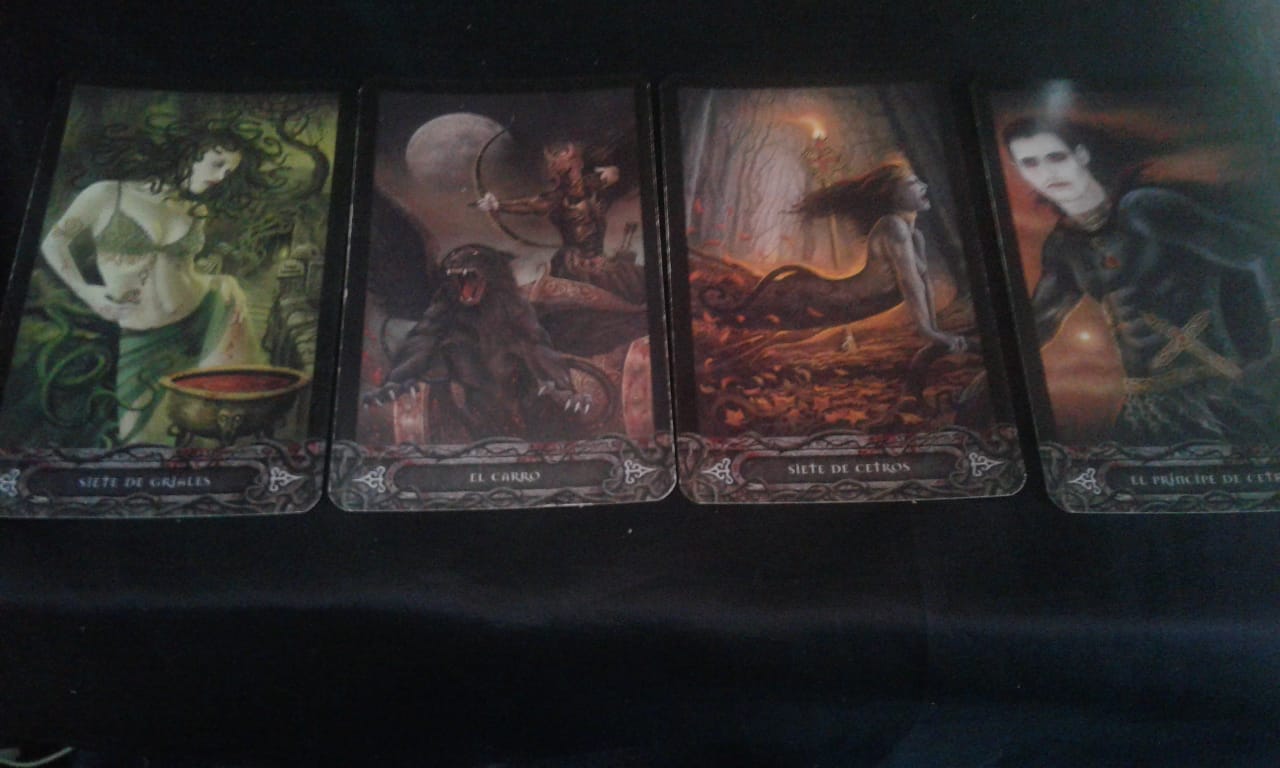 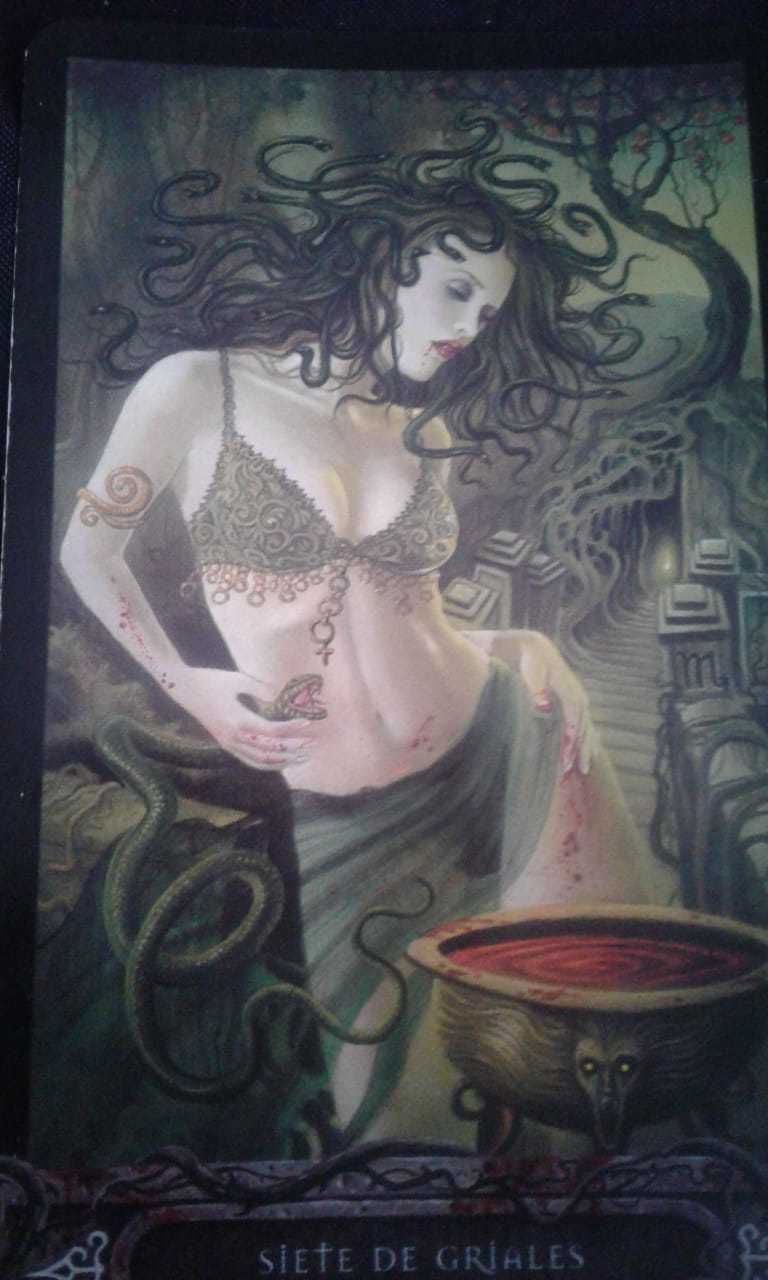 That Medusa is showing skin and is adorned with gold and staining herself with the blood of that cup-like bowl. All those charasteristics are representative of Babalon. She is enjoying the blood, that blood could be of snakes, a symbol of Samael, the Poison of God. There is not much gold, yet there is much green, and what matters is her who wears the symbol of Venus, not much her monstrous features, but her ecstasy when feeling the poisonous blood on her skin, even more than when drinking it. She doesn’t look at the tunnel, nor at the hill, nor at the swamp.
Be aware of what you feed to your body, it may cloud your perception. 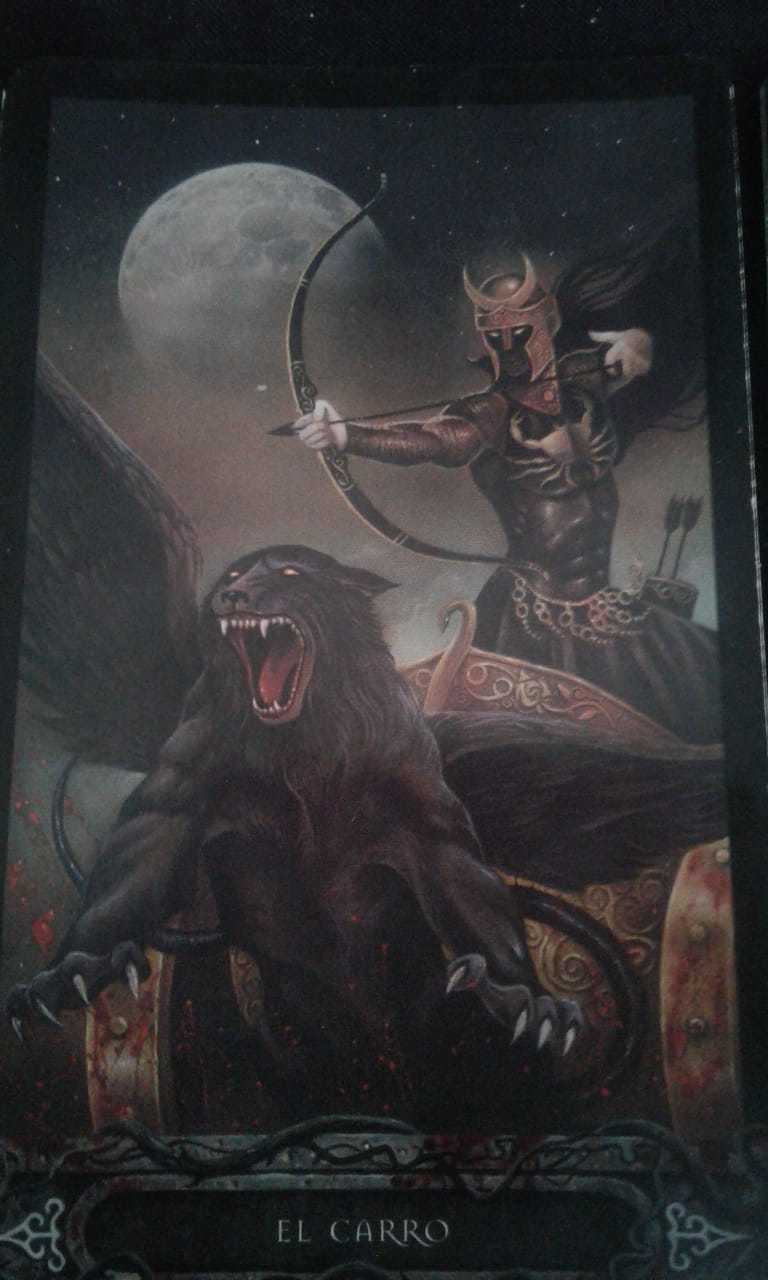 I always see this card as if the chariot was crushing the beast and the guy with the bow was uncaring or more concerned about whatever he tries to hunt. There is the moon in the background as a symbol of confusion. What the fuck is happening there?
It is up to you what is more important to you, if your personal objectives or those who serve you, taking in consideration or disregarding the chaotic external perceptions. This seems to be related to those who are running bussineses. The letter of this card is Chet, thus number 8, a number of Will, thus of personal godhood. 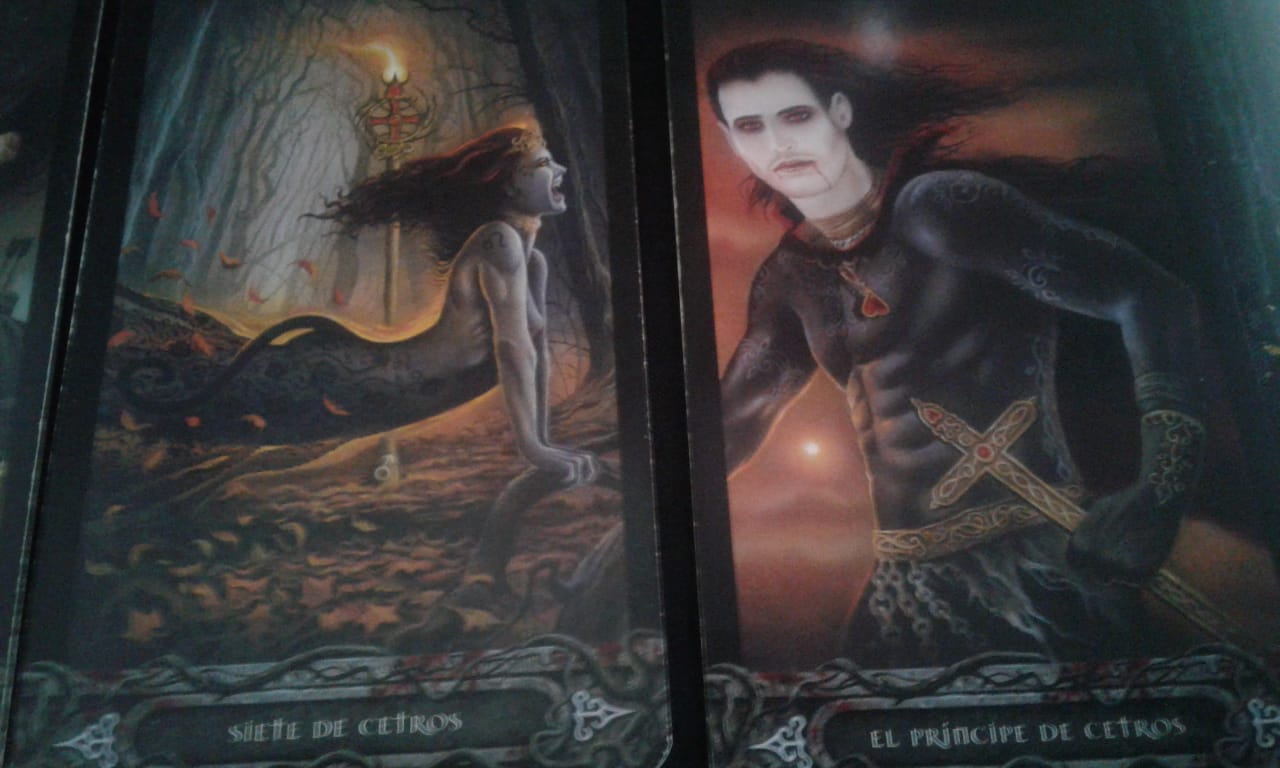 The woman looks at the prince with hatred, like if she was one of those women who hate men, yet the prince looks at you, you are beautiful, you are not like those women.
The woman has a holy symbol with a flame in the background, it has near the soil the symbol of Mars. She sees her cause as holy, and has a tattoo of Leo, the sign of the Lust card in the Thoth deck, which is representative of Babalon. She is both a monster and a whore, aren’t whores monsters in some way? As Liber AL says:

III:44 But let her raise herself in pride! Let her follow me in my way! Let her work the work of wickedness! Let her kill her heart! Let her be loud and adulterous! Let her be covered with jewels, and rich garments, and let her be shameless before all men!

The prince has already fed himself, there is blood in his mouth, and he wears an upside down heart and carries a cross. He wears and outfit that could be of a super hero. He is a man that has gotten high in the Tree of Death.
It is more epic to say that one must keep one’s soul clean, but in Thelema, the soul is always clean, what gets tainted is the mind, and the body cannot be overcome, just treated like it was a beast. Keep yourself clean, there is value in the life of the monk.

Thank you for this!

Designed by me, inspired by the Inquisition of the “Warhammer 40k” universe.

The spread uses seven cards, which must be put in the shape of the letter I of the Inquisition, 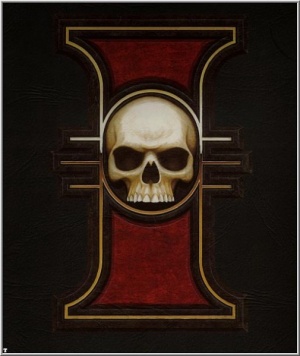 A certain exercise that can be done

If you have a Thoth deck, the court cards are based on the Tetragrammaton, but they are also based on the Enochian tables (or so I think after finding this), thus if you put them in the shape of the Enochian elemental tables, you get little comics. It is easy. For example, the table of fire:

It can be done with the four suits, have fun

Weekly tarot card reading from May 18 to May 24

This is a general reading, it may or not resonate with you 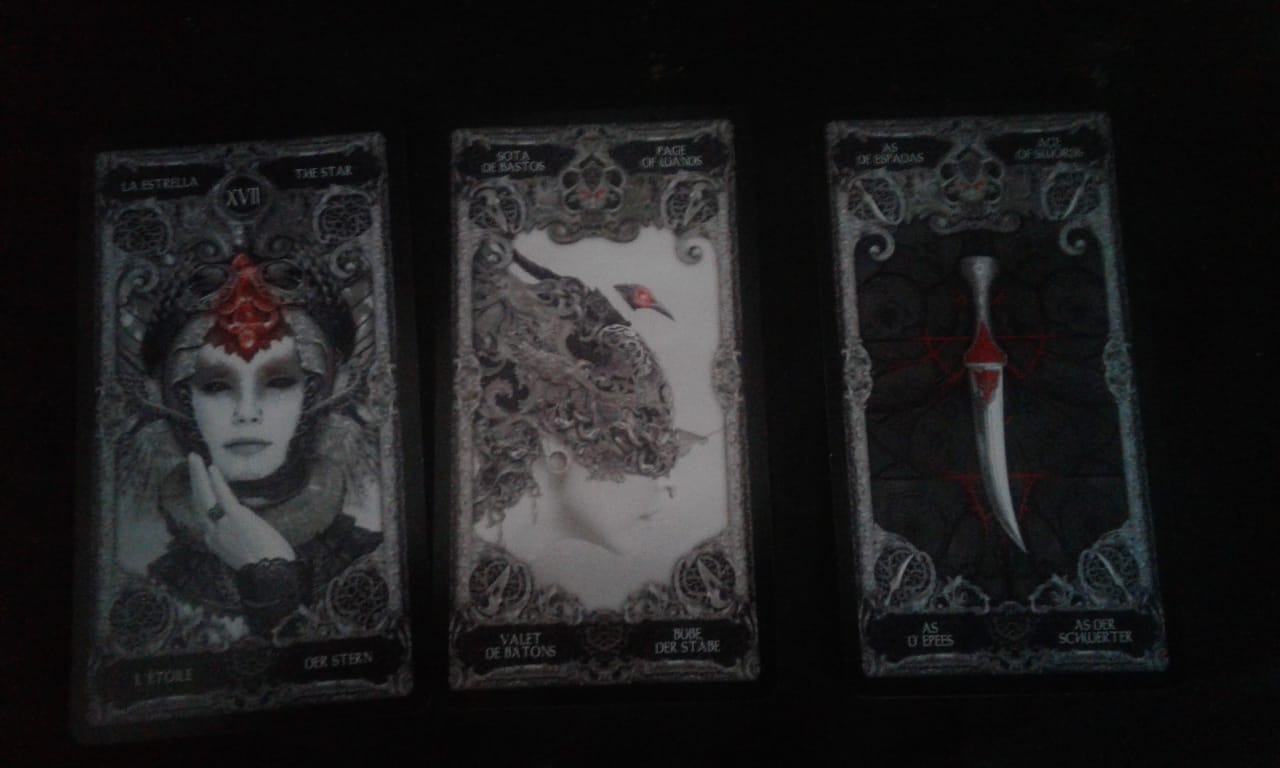 Monday and Tuesday: The Star 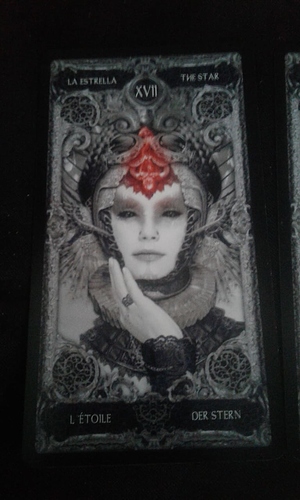 The woman on the card seems to be an eerie creature, her hand seems to be not of hers. Weird is the thing she has on her forehead, it seems to hold a nasty power.
LIber AL vel Legis says:

I:57 Invoke me under my stars! Love is the law, love under will. Nor let the fools mistake love; for there are love and love. There is the dove, and there is the serpent. Choose ye well! He, my prophet, hath chosen, knowing the law of the fortress, and the great mystery of the House of God.

All these old letters of my Book are aright; but צ is not the Star. This also is secret: my prophet shall reveal it to the wise.

Thus this Star should be ה but I see her more like a צ because the expression of the woman speaks about fishing, much like the Priestess (Gargophias tunnel), thus the letters will be wrong this time.
There is hope, but things will be not for free.

Wednesday and Thursday: Page of wands 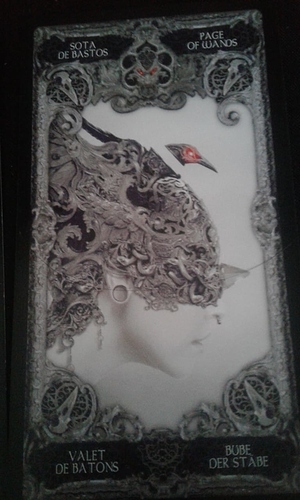 What is this? At first it seems like a deformed metal dragon, again it looks nasty, sluggish, suffering, but it is actually the helmet of a woman. Something cut the bird head from it, but she seems not to care. Who knows, perhaps she is ready to fight and has enough money to buy another helmet.
There is a chance that what was lost in the bargaining of the previous card won’t be that important.

Note: In the Thoth deck, there are no pages, but princesses. The princess of wands it’s not like this page of wands, which is more like the princess of swords. Fire - Earth and Air - Earth, who would win the figth? Fire - Earth, of course, because she would attack first, faster and in a more effective way, but that would be in an ideal world 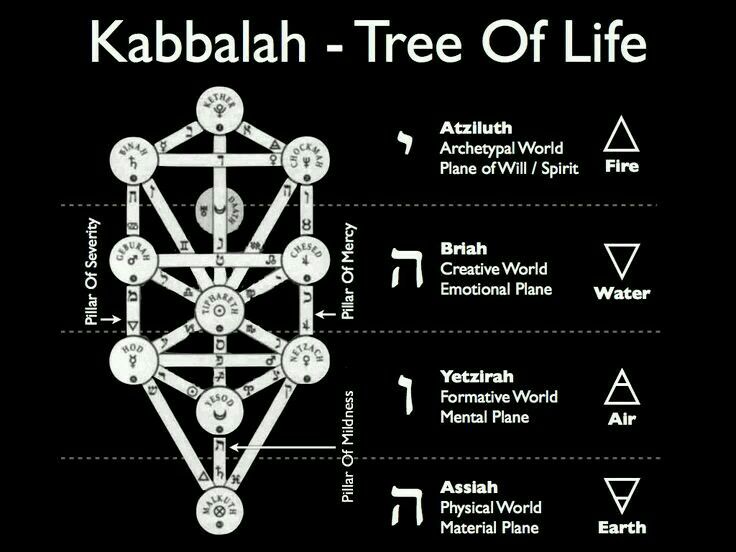 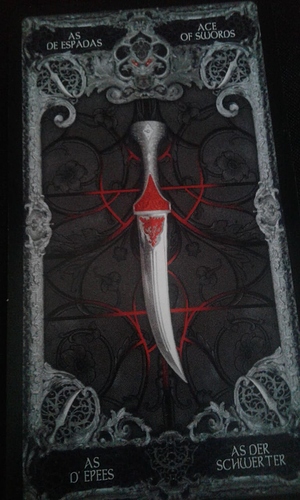 The weapon to defeat the creature of The Star. A new intellectual beginning, with all the lesson learned from the experiences of the past. At the end you become internally stronger, but it depends on you whether you turn everything into inner power or waste the experience like most people do.

Overall themes of the reading: Having success with bargaining, which could be interpreted as success with pacts. Success is determined by the practitioner’s skills and individual reality.

Interviewing my deck about… Rin Kagamine 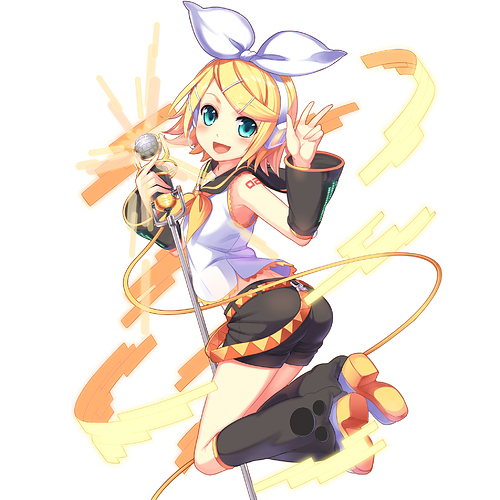 What has my Thot deck to say about Rin Kagamine? 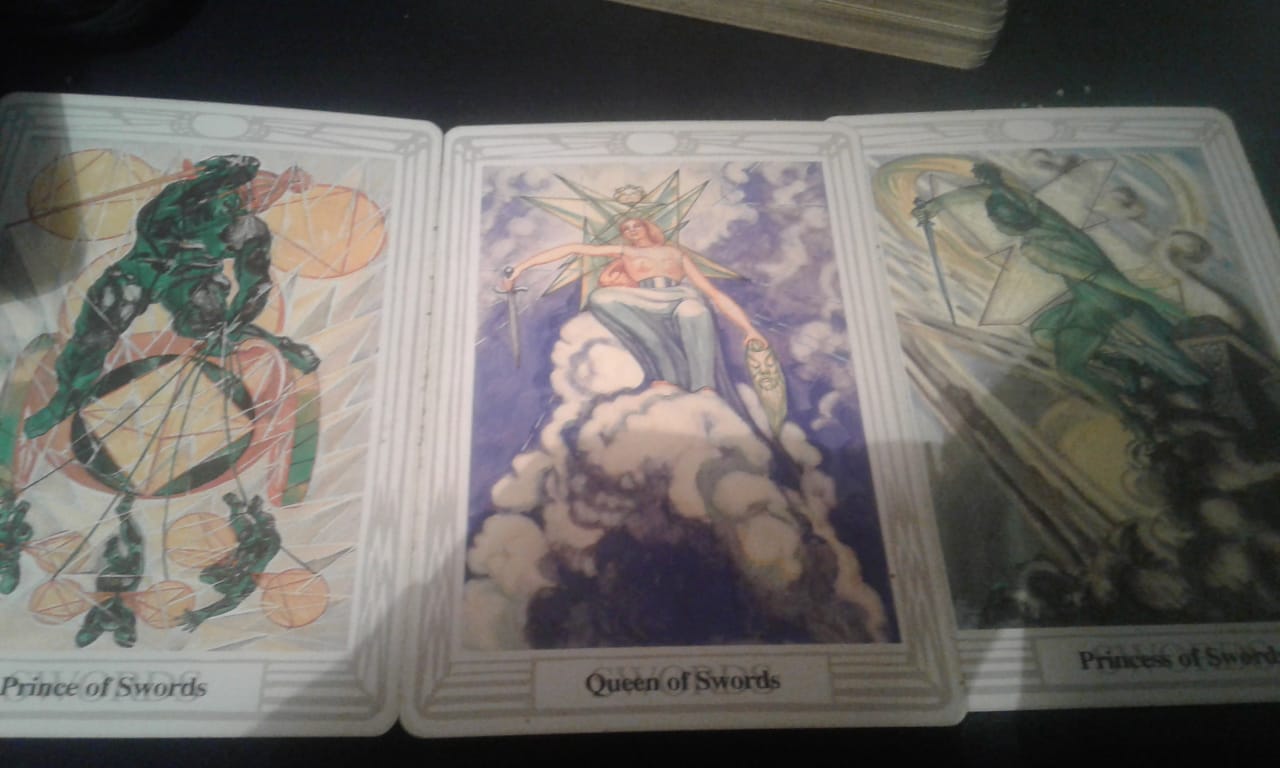 So, my deck says “stop wasting your time, nobody cares, get back to the training”
I see that there is not much love for the waifu there. On the other hand, those cards spell ההו which means nothing, but if we add the letters, it is 16, which takes me to 777, and if I do a temura, it becomes הוה,which means “injury, war, lust, fell”, the tragic life of the weeb. On the other hand, 16 means גבוה , which means “elevated, exalted, high”, which tells us that 16 is a number of Kether, because 16 means none of what I mentioned, yet by the grace of ARARITA in means both things at the same time, thus 0=2. There is hope in the spell of Rin Kagamine, it seems, as there is a Qlipha and a Sephira, the war must lead to become exalted, thus is the relationship between A’rab Zaraq and Netzach,

A good song of her