Was this another disguise?

So I am slightly confused today, I’ve excepted my deep bond with lucifer and I continue to work with him, last night however things changed, I was talking to lucifer now I’ve only Ever seen him angelic dark hair or the whole horns and scary face.
This time during our conversation a different Sigil popped into my head which I had never seen and then suddenly over me was an angelic form with blonde curly hair with a spear in his hand then it flashed back showing me lucifer in the whole hones and scary look again walking up my stairs.
I was in an upstairs bedroom on the 2nd floor and had Astra projected myself to the top of the stairs to watch him walking up.
It definitely felt like two separate beings, but still I am unsure, I wondered if anyone could advise me.
I did think of the possibility he was showing me a new form and way to communicate by focusing on the Sigil he showed but I am open to others interpretation.

It definitely felt like two separate beings, but still I am unsure, I wondered if anyone could advise me.

The spear is the classic weapon / symbol of Helios.

Now for the Sigil you’ve seen,
i’m not really sure wether i can find a reasonable one to reference… 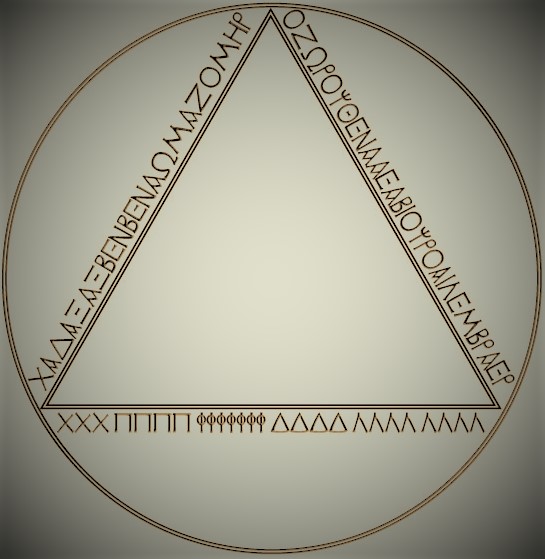 But techniqually this should allow you to connect to Helios: 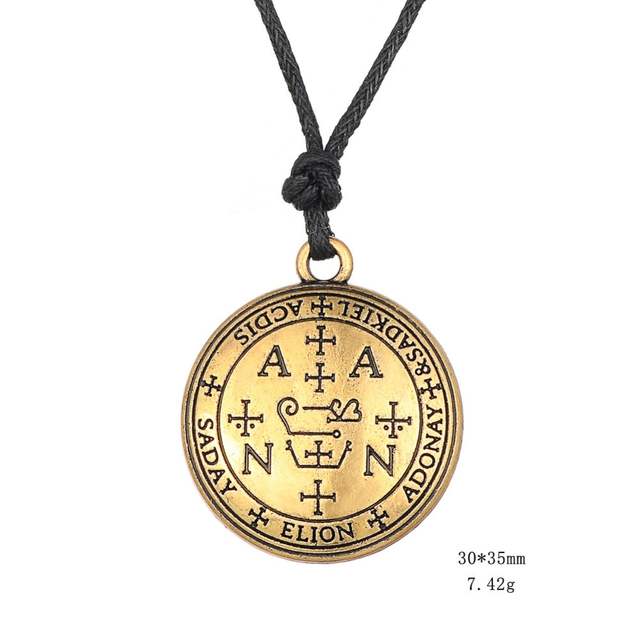 But yeah, it should be enough to get somewhat of a connection towards Helios.

@Yberion Now you claim to be Helios as well? How many branches do you have by this point.You got all the word tree already.

I share the confusion, this is a bit of a necrobump?

Also, “Scry me to see which god I really am” doesn’t tend to go down very well round here, as well you know.

Nope, it’s based on a private conversation.

She - initially in her introduction towards the forum - had asked for people to compare their expierience, or give her insight on hers.

i am currently fulfilling this request, since i’ve been called both by her and Lucifer to work with her.

But you’re right, littleshart, the Hyperion Helios connection confused me quite a bit when i discovered it.

Hyperion is the father aspect, the darkness that created the sun.
Helios is the son aspect, which later became the Sun.

i think i had it in my profile aswell…
Let me check;

Hyperion is always distinguished from Helios; the former was ascribed the characteristics of the “God of Watchfulness, Wisdom and the Light”, while the latter became the physical incarnation of the Sun.

Or as i liked to say:

What do you mean selling your Soul.

You think that’s worth anything?
Have you seen it?
No?

Well what do you expect in for “nothing”, then. xD

Make it worth something,
and you might not be such interested in giving away your soul anymore.

How many branches do you have by this point.You got all the word tree already.

^^ Funny you ask. i’ve went through chakra removal (like a couple of practicioners have at this point), and progressed forward toward Void Magick.
I’ve felt a pull towards Void Magick for quite a while,
but i can hardly say i feel comfortable there.

Since for me, it’s just started to switch over into void magick,
and i have yet a huge shitload of work in front of me,
on that end.

you could techniqually say that i am currently not working with the Qulippoth and Tree of Life at all anymore.

But that wouldn’t be completely correct,
since in conversation i still stick to that old paradigm quite a bit when explaining things.

I share the confusion, this is a bit of a necrobump?

Also, “Scry me to see which god I really am” doesn’t tend to go down very well round here, as well you know.

Indeed i do,
and i know to be respectful of the fact that for some people the concept of an incarnated spirit or permanent possession doesn’t fit into their current paradigm.

Again, i was called into this myself.

Thank you for your gentle reminder Lady Eva,
i’ll stop the “necrobump” as you suggested.

So you’re Helios’s dad and Helios? I mean because they’re not aspects of each other but father and son, with Thea as the mother. That as well as Hyperion is a titan god of heavenly light and Helios the titan god of the sun that cast from the heavens.

In elemental terms Helios would be the sun and Hyperion would be light. Neither of them are darkness.

3 Likes
How to change your beliefs from the ground up (Very powerful alchemical process that actually works)
Yberion April 27, 2020, 11:39pm #7

and to be fair,
you could say those are my patron gods,
and not exactly me.

Weren’t they just sick and having body/mental disfunction back then?

so, to sum it back together:

When i started, i had just awoken my kundalini,
and wanted to learn magick.

The Name Yberion came to me before i had done any initiations,
and i took it as my Magician name.

Aldebaran /ælˈdɛbərən/, designated α Tauri (Latinized to Alpha Tauri, abbreviated Alpha Tau, α Tau), is a red giant star about 65 light-years from the Sun in the zodiac constellation Taurus. It is the brightest star in Taurus and generally the fourteenth-brightest star in the night sky, though it varies slowly in brightness between magnitude 0.75 and 0.95. Aldebaran hosts a planet several times the mass of Jupiter, named Aldebaran b. Aldebaran is a red giant, cooler than the sun with a surface...

All i can say,
is both Oberon and Hyperion OR Helios (to me it was just one being at that time), came to me and clearly told me “i am you and you are me.” and kept insisting on it, until i started researching it and working it through.

But, i agree.
From an outside perspective,
it must have looked like i’m just bolstering or pretending.
I understand that.

And, to be fair, When Marduk told me that my skills were basically de-activated until my 25th birthday, to prevent early death, i thought “shut the fuck up, it can’t be that big of a deal.”…

Yet, i had absolutely NO CLUE how much awaited me. And still does.

Most of the really crucial work,
hasn’t even started yet.

Look,
we’ve barely just created the Devil Gene and started implementing it into the World.

There’s still a huge way to go, and little time to get it all done.

We’re yet a huge step away, from being able to function without oxygen again.
At least, by now the transmutation of this species has started.

@Lady_Eva As you suggested, i removed the bit which suggested to research on me.