Was the Goddess Hathor a prostitute to the gods?

Her stories are interesting…

Well the Gods are masters of Chaos and bestow cosmic order, so if Hathor is the goddess of love her lower nature that she would have to master in terms of consciousness you present itself as that

I’ve seen many different faces of the gods, we can learn a lot from them regarding our lower nature because they represent the ascended parts of consciousness so it would make sense that they also have a lower nature they had to master in order to guide and empower humanity with their knowledge and wisdom

I’ve personally heard many things about Hathor I’ve even heard she’s had a bloody history even though I don’t know accurate that is, it would make sense because that pantheon deals with cosmic divine order which would mean in some point in time they had their fair share of chaotic consciousness they had to master

I see those goddesses as masters of the highest and lowest of their specific archetypal energies. I’ve known super morally loose women to become completely innocent through Hathor and the mother goddess, they operate beyond duality so they hold great wisdom of the underworld dimensions of human consciousness so that we can bring divine order to our consciousness

No, she is a mother and fertility goddess, bringing abundance and is one of the goddesses generating the Easter tradition. Story in the video below from a historical perspective.

Prostitutes, in contrast don’t usually focus on creation and having children. That gets in the way of their job, and is treated as an unwanted side effect, while fertility is Hathor’s whole reason to be. 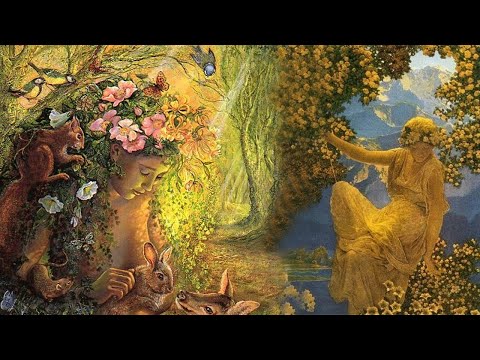 She’s also associated with nurture and to a lesser degree child rearing (there are myths about her being a mother to Pharohs prior to the Isis cult absorbing that aspect of the godess for their own goddess Isis ). You might also want to look up the associations with cattle and cows (the sacred cow) in India to get a further idea of what Hathor originally represented as it would be similar to Indias associations with cattle/cows and goddesses (and gods).

While Rome and subsequent conquerors and the weather and time have obscured a lot of the info on Hathor (though plenty has been rediscovered since the 1700s until now). India was not conquered and reconquered repeated. The closest it came was the British take over. So most of their cow lore and associations are still intact which is why I suggest looking to India to get an idea of what Hathor represented to Egyptians in ancient Egypt.

Thank you guys. I love this perspective.
I was thinking about how she flashed her own father

was thinking about how she flashed her own father