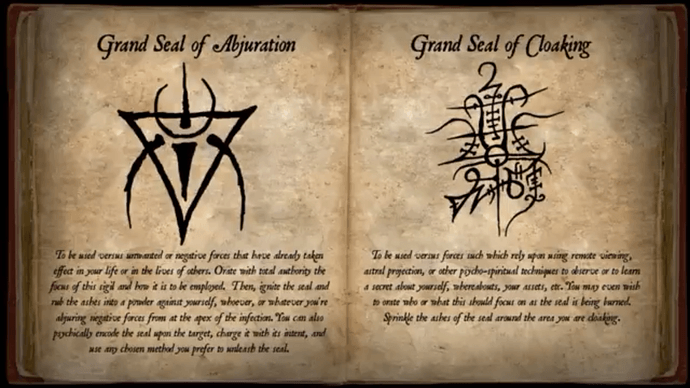 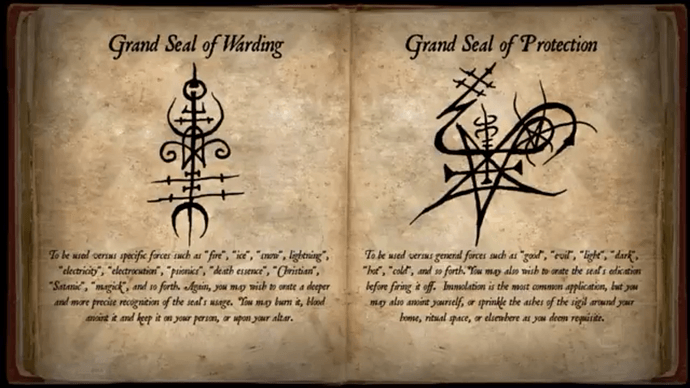 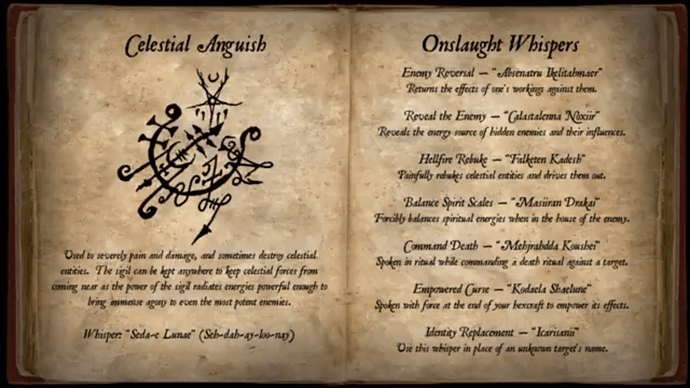 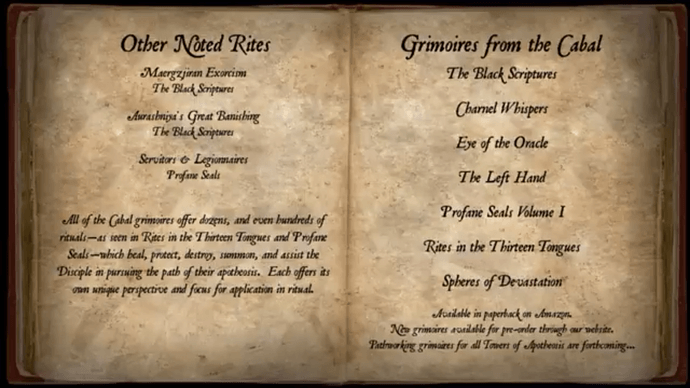 So i came acrosss these last night. Whats you guys take on it? Are they worth using?
I don’t want to use something that will push out the entetities I’m working with. Such as king paimon and others.

I simply want to keep out emergies that mean to make me and my mother harm. I went to get some groceries earlier and i had a sigil of one of the entities i work with.

I noticed a woman staring at me and it begun to feel as if i was being stabbed in my abdomen. I don’t mind being attacked as i can feel and take action but my mother is not like me and i want her protected.
I’m aware that there are entities that use other people as puppets to attack and pick apart those on the path. Does anyone recognize the sigils?

Also what is your views on the cabal?

I noticed a woman staring at me and it begun to feel as if i was being stabbed in my abdomen.

Maybe she used for no reasons the evil eye technique thing, from what I know it works. But do you think she had any reasons to want to do harm to you?

No, I’ve never met the women in my life. I simply had a sigil on me. I wasn’t even leaking ebergy towards anyone. Could it be my own negativity brought her attention towards me?

Could it be my own negativity brought her attention towards me?

I simply had a sigil on me.

Maybe the sigil cause you to feel being “stabbed”, but I don’t know, sigils also made me feel things, but I never felt attacked in any way by a sigil of an entity or a personal sigil, instead the sigil/s were bringing me confidence and were helping me to succed.

Well, its king paimons. Maybe he wanted me to feel what its like to get evil eyed. So in the future I’ll carry my self differently.

Yeah, I also observed some weird thing with King Paimon’s sigil in the past or while evoking Him. For example His sigil for no reasons was opened but I didn’t open it and I wasn’t concentrating on opening it. (I mean, I opened His sigil, but I opened it 10-15 mins ago) Then The paper with the sigil seemed to be heavy, like really heavy for no reasons, while I was having His sigil in my hands while evoking Him. Or another time while I evoked King Paimon, I felt an intense heat/warm and I got the impression that I was in the middle of an abandoned desert. Or another thing would be the way He appeared to me (at least I think it was Him) a loooong time ago… As a black hooded, extremely tall creature that reminded me of a creature from WoW and another MMORPG japanese/chinese game. When I evoke Him almost always weird things happen. I didn’t evoke Him since a long time ago, but I got impressions that He doesn’t really like me.

King Paimon doesn’t like you?
Maybe there was just some things he didn’t like. Could be he wants you to grow some aspects of your self. I don’t know.
I was already in a desset when he came to me. I have seen the entity with the black hood to me it looked like the grim reaper without its scythe. But that appeared during a bloodmon ritual for Lucifer.
I think for me its a trial of change and a way for me to become worthy of the infernal hierarchies respect.

I have seen the entity with the black hood to me it looked like the grim reaper without its scythe.

Yes, yes, yes! That’s very similar to the way I saw Him.

Maybe there was just some things he didn’t like. Could be he wants you to grow some aspects of your self.

Did they say/do anything to you?
My chakras were taken away by him. And he showed me light within.
After that things have just gotten more and more strange. Good and bad but all of them taught me something.

Did they say/do anything to you?

What do you mean when saying “they”?

I was already in a desset when he came to me.

Do you think that the desert has some significance to King Paimon?

The entity. Im thinking they are linked to Lucifer. I think the desert is of great significance actually. I think it’s part of the path to walk through it.

No, the entity (I think it was King Paimon) was just looking at me from the above, as I said, it was very tall.

It was a little scary

Then perhaps they’re watching your progress. I do know lucifer and king paimon are linked.

What are these sigils from?