I see a giant old fashion library with spiral metal steps. So many different desks. A lot of lamps and golden colors and brown. In the library is older man who reminds me of a road with thick glasses. His job to make to help you find the things you are looking for.

When I see you I see a shadow figure who is tall with long feather wings outstreatched.

In the center is fire thatoutlines veins or roots.

Hey is there any chance you can scan my eyes on eye scanning thread as I done you? Dont worry if you’d rather not, just thought id chance it

I see… a purple pimple? Some sort of protrusion with a shining purple head rising up from black slopped land. It reminds me of a volcano in a way. Behind the purple light is a pure white one. Whatever it is it is ready to pop.

Beneath that there is a set of ornate golden scales (the kind you weigh things with). On the black face of the front of the scales are green snakes or dragons facing downwards on the left and upwards on the right. They seem in a way to bear leaves.

A pair of angel hands clasped together brings the whole scene together.

Hi there! Long time no see without further ado here we go:

Not much to say really I must either or my scrying senses have become more precise we’ll see. Pretty quickly as I connected to you I saw a being surrounded by light blue fire the exact visage is difficult to explain this image comes close except for a few things: 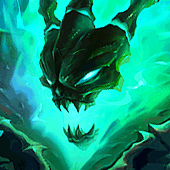 The eyes were golden yellow and not as narrow. Secondly the face had actual jaws connecting to the the cranium with skin that were stretched to it’s maximum capacity but were as brownish - black and shiny as a beetle. The face had a similat compisition except that the three spikes were instead were that of a long neckshield similar to that xenomorph but not as long and more pointy. as it had a middle line thatwet from the top extending all the way down to the eyes. However inn terms of overall shape and figure initially it looked very close to the above imagery of a computer game characters nonetheless. Then the imagery changed as it suddenly zoomed out, the fire that had surrounded he being up until this point had vanished and the being appeared to be more silvery yet it was surrounded by aquamrine colored water that were shooting crystal clear bubbles from seemingly nowhere, yet the figure i’ve just seen was surrounded by very dark almost circular hole, shaped like that of a circular saw. The water still was bubbling away but was like the hole existed and water existed part but yet was separate from the being it was dicfficult to explain. Along the elbows there were tusk like outgrowths that were pretty long and had a similar shape to that of an elephant.

And it the upperbody was an armour in the shape of a humanoid body, you could still muscle groups like that of a human, like a well defined chest and shoulders, but the size and looks wasn’t “normal”. Human muscles fibers look like threads, this were just bulks of muscles. That’s about until the vision faded.

It looked semi aquatic like that of a merman but it had humanoid features. As for general powers and abillities I’d need to dig a bit more to find those out.

Sorry for taking so long.

Anyone wanting to trade scans? I don’t have much experience with scanning but i have been receiving better than ever recently.

I see a green serpent wrapped around a sliver sward. With golden aura around it that almost looks like fire but isn’t quite.

In the background I see a lush jungle full of red wood trees and streams with a lot of predators in the water. It is like you rule over them or they highly respect you. The forest looks well taken care of and full of life.

I also see purple butterflies around the wild flowers near the water, but the flowers are mostly covered by the grass.

Can do soon I got to be social first.

I would say this an interesting turn of events. Pretty quickly a being looking very close to this emerged: 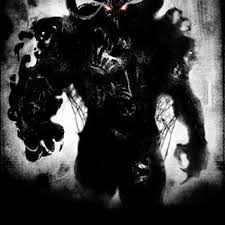 The being was made more of black smoke. The eyes were more clearly red. Than they are in the image. The color is a fiery red you can find in rockets. The being were more beast like, part man and in part a predator. At least in it’s face, the features of the face morphed from reptilian like a snake, to that of a feline like a tiger. And then back to none defined features. It was epicenter of an entire star system, absorbing red energy, from seemingly every star and constellation there was to see. Whereas it emitted a powerful bright light on it’s own. Certain black holes spin so fast while absorbing light that they appear to be like a galaxy of their own.

Two snakes, king cobras rose from his shoulders seemingly telling the being something. They appeared to be very real and dense and not astral at least not to me.

Based from the imagery, of energy being absorbed and it being red, I think you are working on the Vampyric teachings of Az Jahi and you are closing on the final workings of the Book of Ahriman. There’s of course many more secrets to unlock in the tome other than what’s written. In short I think you are undergoing very heavy and fast ascent almost to the point of it being overwhelming.

Let me know what you think. First time I haven’t seen any draconian imagery in your godform in a long time, plus there was nothing to indicate workings with tje gatekeepers at this time. Odd especially as I know you work with them on a regular basis.

If you have the time feel free to Scan me as well.

I see a beautiful queen sitting on a thrown. She has a divided family bowing before her. She is the strength and mercy that holds her family’s devotion.

What do you mean by divided?

At odds with each other or argues alot. She brings them together.

Thank you for the reading.

You are welcome. Thankyou for yours

Scan pls. I’ll give back one of my patented Weirdo Scans¤ 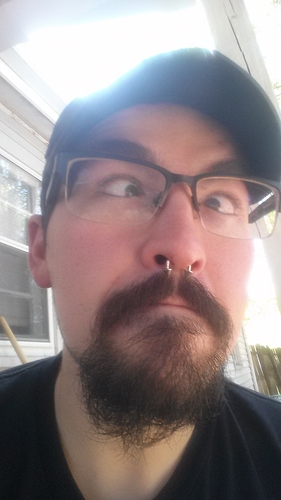