Thanks i heard before of Leviathan is really acurate I’ve been still for a long time now is like a storm it has caught with me xD in all areas need to move and start doing stuff which is what I’m starting to do , thanks a lot , Il get more into detail’s about ur stuff when i wake up need to sleep , take care

After I’ve finished up on the two others I’ve got going I’d love to trade with you. Would that be good?

@Brand_New I’d like to know about my energy, if there’s anything I need to work on

With you I see everything as black and white in perfect equality.

It jumps in the form of different pictures one I see is spiral, another a person by a lake with the top half being light and bottom being dark.

Everything is balanced like the checked squares in each of the pictures.

If you wanted to branch out you could add more gray and mix it together or aim for adding more color, but the color can be chaotic and mess up the balance. @Onion

Ok @Brand_New let’s get to it. Rumbling in the ground, which is rather dark still. I am inside a cave of some kind the ground I walk upon is dark stone. The cave walls shines a bit as torches illuminates the ground before the path before me. They’re about three meters apart, the walls shine as they appear to the moist from water or something like that casting reflection onto the walls that make them glisten. There’s moss here and suddenly there’s this dark cave opening that does seem to just suck all light from the surrounding background into itself. On the other side however I am faced with andless bank of clouds 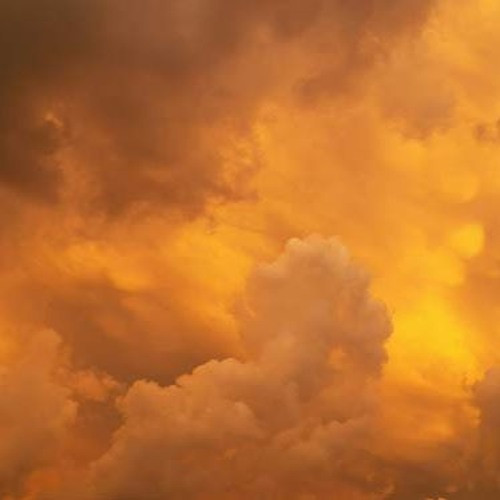 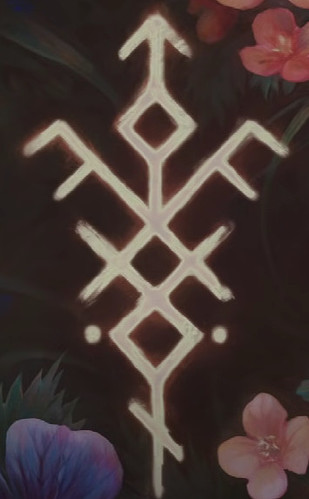 I can’t place it though, I’ll take a look later. I am from here seemingly pulled back towards the ground inside a forest clearing, thatr’s shaped like a circle with 12 different trees. It looks a bit like this: 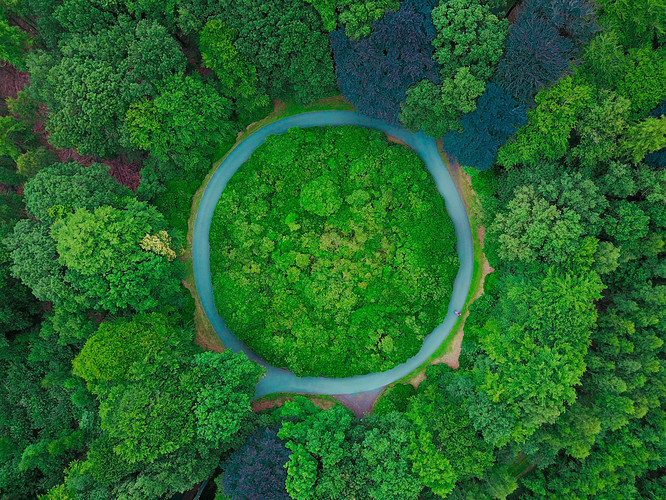 But the grass is a bit more dry, somewhat green/ golden yellow. The circular shape is an about right, minus the river. And there’s a woman there, with curly orange/red hair, tanned skin tone, with a red velvet dress, with green and white under skirt or something like that. The color of her eyes reminds me of a dark storm cloud, steel blue yet with a gray hue in them. The overall feel around her reminds me of a deep ocean. Friendly and inviting, but also stern and untamed if you’re not careful. She brings with her a basket of flowers and where she walks several species of flowers can be seen. In the distance the rumbling from the cave can be heard, and she says:

There are messengers from your former friend turned enemy that now come to do you, but don’t worry, if you stand in the circle of the land I’ll find you, whenever I go life and spring returns. You should find me as I have now found you, you’ll know that I am near when the birds of the land sings and flowers appear from the winter’s cold.

On the ground there appears to be the same strange symbol from before from the sky above. The clearing fades and all I see now is a lonely stone well inside some kind of forest. That looks a bit like this: 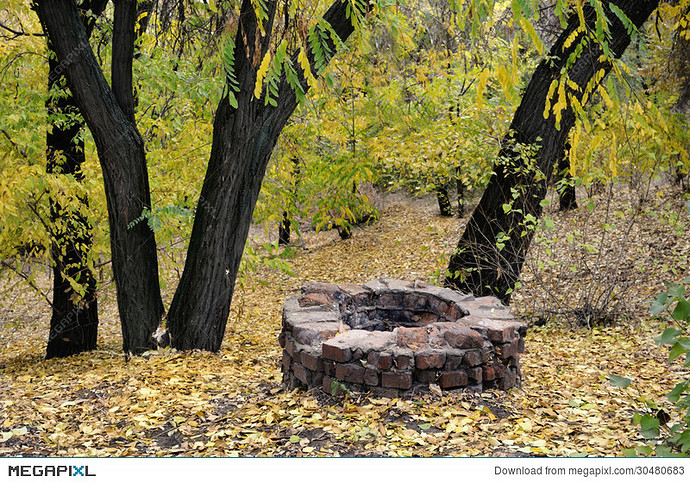 But the trees are greener and the there’s a small road that leads to it. Rowan trees mostly surrounds, although it’s not in the countryside it’s somewhere near you, it seems. And then well seems to be the last thing I see before this whole scenery fades out.

This is the weirdest set of things I’ve picked up on when scanning a person. I was expecting emotional states general spirits surrounding you, stuff like that. Sorry if this doesn’t make sense, but it feels…right, though. If it’s completely off the rails, I’ll try again.

Thanks for your patience, let me know what you think about this.

After a convo with you telling me to not look too deep and wondering who the hell it was all of a sudden connecting to you. I was seemingly allowed to take a look at your surroundings and your spiritual make up. Regarding you I just barely looked at your make spiritual at a very passing glance it seemed, as if it was humanoid shape but instead of being transluscent it looked like it and the aura was made of a light blue mist. Behind you there’s a lady that looks human in part she’s rather antrophomorphic, in terms of being a cross between a human and spider, 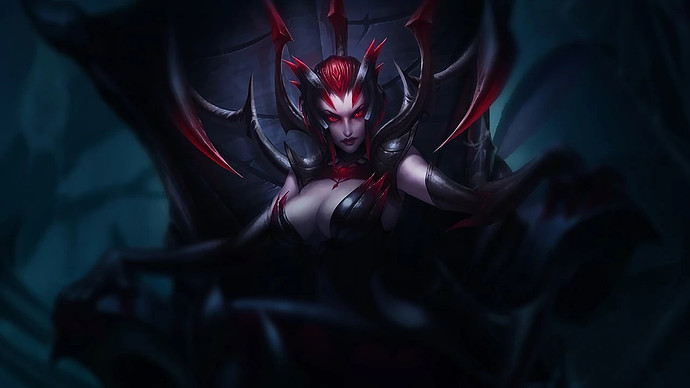 They eyes though are clearly red with no black part in them whatsoever. Rosen red lips and ashen skin. There’s no helmet or anything on he head. But the rest is about the same as the image above. She’s holding a silver chalice in in the left hand.

Its about the same but more simplistic, meaning not as ornate, with a pentacle adorning the top part. The rest is about the same. In the her right hand she’s holding a traditional scale: 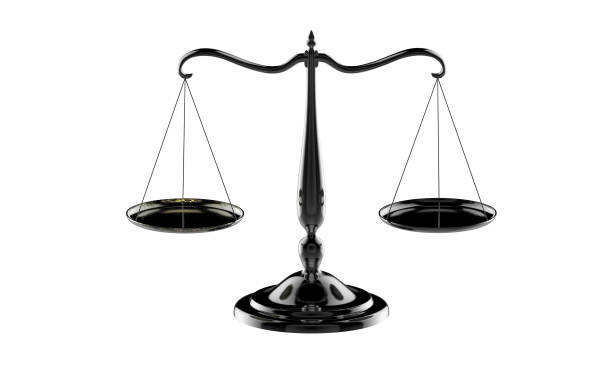 She’s measuring your heart on that scale with a piece of obsidian the size of a fist. There’s a web surrounding her and you tracing off into various planes/layer of reality. She seems to have closed eyes and being receptive to her presence, but you feel like she’s doing things behind your back, both literally and figuratively. You know she’s there but you don’t know what her plan is for you but innitiated the contact with her. Now it seems you’re uncertain if you’ve made the right choice as I can see various stone statues around you, consisting of men and women seemingly frozen in place, they have auras like living people although they’re frozen in place. For what reason, I don’t know, because that isn’t what the spider goddess usually do…

I see the spider goddess throwing the contents of the chalice into seemingly thin air, and the water seemingly as if thrown on a wall runs down from an invisible wall; reveals a septagram. That glows with a pale white color. Waiting for you to step through, to exactly where and how I can’t see or know at this time. Sorry. Hopefully this is of use. Let me know if this resonates or not.

I’m off right now, but your reading sounds right Im going too look at it deeper soon.

Nice, thank you so much!
What would you like for yours?

Spell work or whatever you see

There’s a cloaked figure sitting at a table with a book open in front of them. There’s a green fire around them and many alchemical symbols as well. I also see herbs which reminds me of hoodoo or herb magick.

I also see protection magick and shields and seals as well. It is strong but needs to be stronger.

That’s all I’m getting.

Same lol I can’t scan soul for now but do learn how to energy scan tho.

i dont know how to energy scan even. Can you guide me

. I am inside a cave of some kind the ground I walk upon is dark stone.

The cave is a common place people go when they scan a lot of people get stuck there because it can loop.

The seal is new to me, it must be new protection and why the parasites went away.

pulled back towards the ground inside a forest clearing, thatr’s shaped like a circle with 12 different trees. It looks a bit like this:

When people bring up the trees they also bring up my creation, its an area I like to go to in my head.

This “former friend” from this life or a past one?

don’t worry, if you stand in the circle of the land I’ll find you, whenever I go life and spring returns. You should find me as I have now found you, you’ll know that I am near when the birds of the land sings and flowers appear from the winter’s

That’s a message I needed to hear

This is the weirdest set of things I’ve picked up on when scanning a person. I was expecting emotional states general spirits surrounding you, stuff like that. Sorry if this doesn’t make sense, but it feels…right, though. If it’s completely off the rails, I’ll try again.

Im told Im hard to scan. I apparently have multi lifetime pacts and it’s pretty mundane on the surface

I work on protection a lot, I attract a lot of parasites.