May I get one?

You need to make an introduction Ramsay

@gordon and @MagickVigilante sure, I wanna wait for some feedback for the readings I did above so that I can apply any advice or tips and then I’ll give both of yours (and there’s somebody else too) a go either tomorow or later on today. O and if you wanna have a go at scanning me back feel free but no obligation. I’m just doing this as practice so I can get better

The clouds could definatly be somthing emotional that i’m dealing with
I dont suffer from sleep paralysis regularly, it’s only happend to me like 5 times in my life
I feel like the young person with the hospital and lolipop could be my shadow?
I do have a shadow that was very wounded from my childhood,
You are right about the feminine energy because i am a girl, i dont know what i’m a pirate though loll
Thank you so much!

Thanks for the feedback, I’m a bit curious when you say you have a “shadow” that was wounded when you were younger, what do you mean by shadow?
In a way I’m glad to hear my interpretation of a daughter or niece being ill is is wrong.

A shadow is kind of like your dark side, we all have a shadow self, i’m not exactly sure how to explain it

Before asking members for scans or readings, PLEASE CLICK ON THE IMAGE BELOW and introduce yourself. It is a rule of this forum so please tell us about yourself and any experience you may have in magick, such as what you practice, how long you have practiced, areas of interest,
etc:

Any way I could get a scan also??

For my scan I’m seeing a women with brown hair leaning against a stone wall in a village, I’m not seeing any other person then you.
I see a squirrel next to you, tail puffed out some he seems protective and a guide of some sort as well.
Your wearing a black dress with what looks to be black pearl necklace, black high heels. Hair is medium length. Dark eyes. Regal facial features.
Tan skin. You created a fire ball and are tossing it up in the air, with a smirk. Your true self seems to be quite serious at times, but can also be quite playful. Work hard, play hard. Your very down to earth as well is what I’m getting. Fierce and protective. Mama bear vibes.
I’m also seeing earth element as well.
So fire and earth elements are what you affinities for that I’ve noticed.

Hey Olenaaa, finally got round to having a go at scanning you. I’m quite new to this and honestly don’t know how accurate I am so don’t take it too seriously.
So I tried yesterday night and was really struggling to get anything but I tried again today and got a little more but it still seemed difficult. Not sure if it was because I’d been doing so many of them in the past few days. But this is what I got:

When I first tried, the only thing I got and I’m not even that confident on it was a 3 leaf clover like the one below: 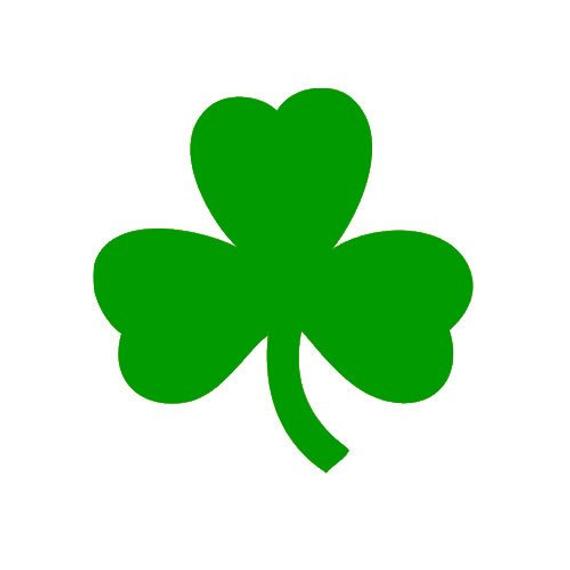 I initially thought maybe your quite a lucky individual or you’ve got some kind of a connection or ancestry to Ireland but after looking into possible meanings apparently in druidic lore it relates to the triple goddess.

When I tried today i got a few more things, the first was a red card just like the one below, I’m not too sure how to interpret it. 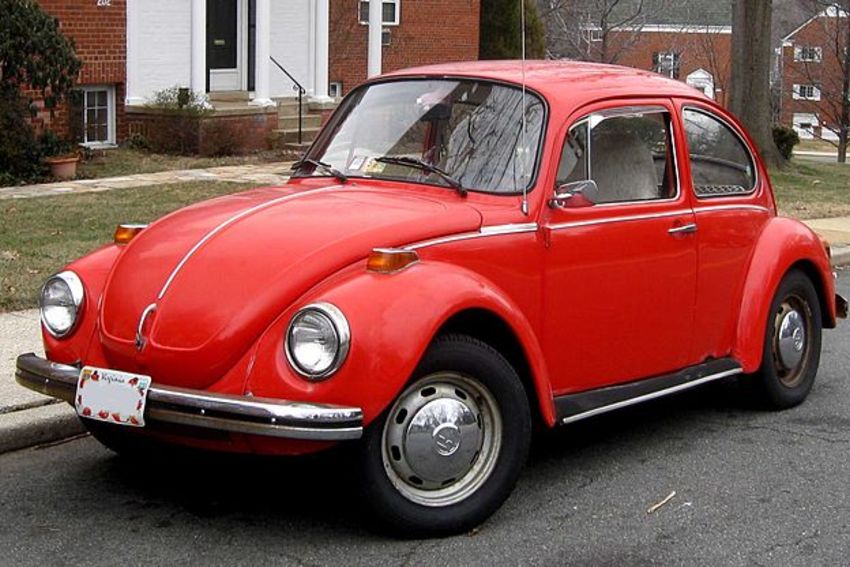 The second thing I saw was a cave but I was inside the cave looking out toward a beach/ the sea. Wasn’t too sure what it could mean but it can be interpreted as you being in a place of protection or hiding with emphasis on there’s a feeling of danger hence why you are there. Although to be honest I didn’t really got those vibes, maybe more like if you just stepped forward out your cave you would be in a really beautiful place.
Maybe you have another way of interpreting it which makes more sense to you, maybe you just like caves

. It was quite like the picture below so see if that resonates with you. 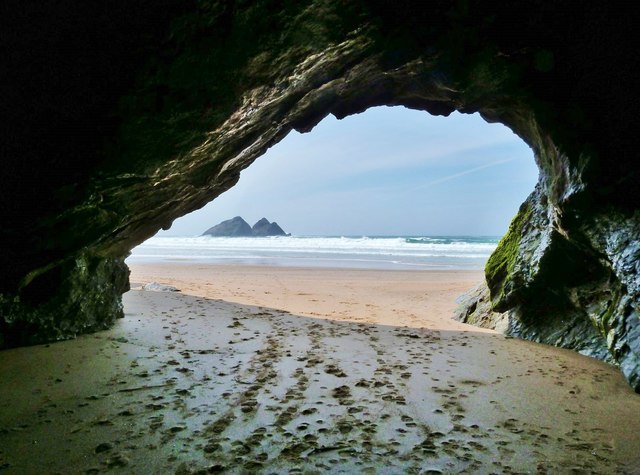 So I felt like the slightest indication of a dragon, but I’m not sure what to make of it.

So that’s all I’ve got, would love to hear any feedback.

Hey, I’m new to this so don’t take it too seriously.
The first thing I saw was a cactus in like a reddish clay pot. Wasn’t sure what to make of it but I’ve read the cactus can represent hardiness, adaptability and endurance. Could be what you are now or what you need to be to overcome some thing. Or maybe you just have a cactus like it. Was similar to the one below. 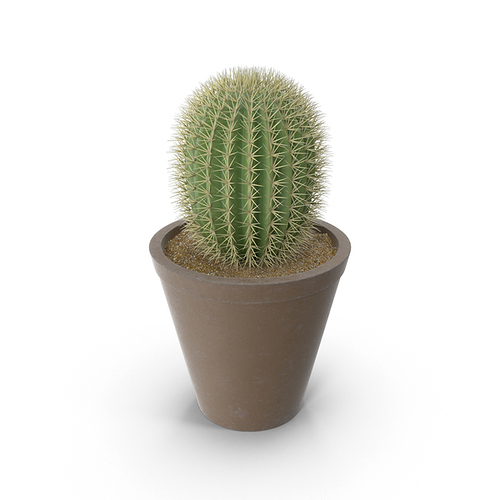 The second image that popped into my head was of a golden harp surrounded by light or a white background. My initial thought was maybe something angelic or your musically talented but I did a bit of reading into possible interpretations and the harp can represent healing. 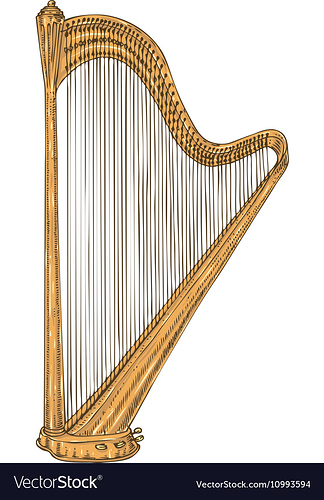 I noticed that I felt a little bit of anxiety and thought my heart was beating heavy briefly or maybe it was a heart palpation. It’s not something I normally get though, is it something you get?

There was an image of a person that I saw, it was a male maybe 30ish, Caucasian with fair/pale skin, black hair which was a little long but not unkept, blue eyes, and a good jawline. Handsome individual. Don’t know if that means anything to you. Couldn’t find any pictures which matched up with the description.

The last thing I saw and it could have been one of two things; it was either and anchor or an upside down pickaxe. 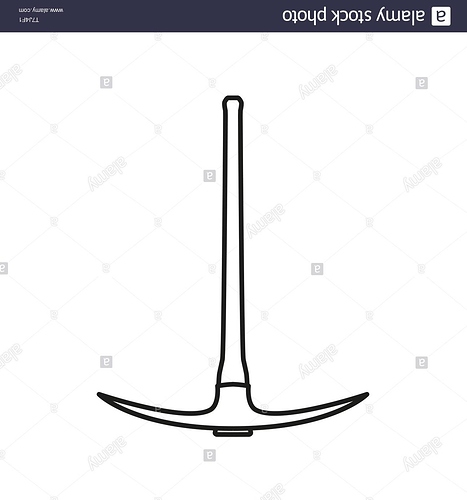 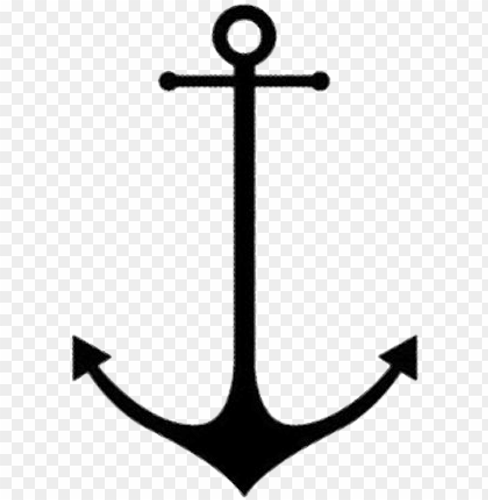 I’m not really sure which but they do both mean quite different things. I didn’t get any feelings so couldn’t say what it meant but the anchor can be seen as a sign of steadfastness or hope whilst the pickaxe is a bit more sinister where it can mean there’s an enemy trying to overthrow you but I really didn’t get that impression.

So that’s all there was, would love to have any feedback and I’m new to this so any tips on how to get better or improve my clairvoyancy would be most appreciated.

I had a go at you Gordon, I’m very new to this so don’t take it too seriously. Here we go:

So the first thing I saw was a person holding a torch that had light emanating from it. It looked remarkably similar to the statue of liberty, so I think it’s that. Wasn’t sure what to make of it at first but reading into it, and I never knew this, but the statue of liberty was first known as the statue of Isis so maybe you have a relationship with the goddess Isis. 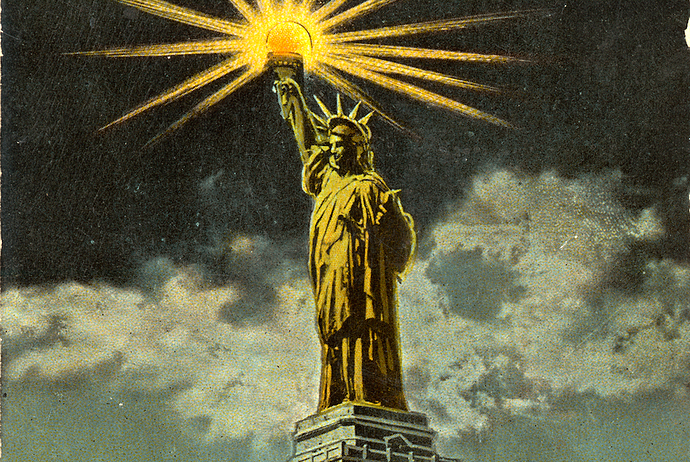 The second image I seen was a cross but like a pharmaceutical one not a religious one, not too sure how to interpret it but maybe it means something to you. 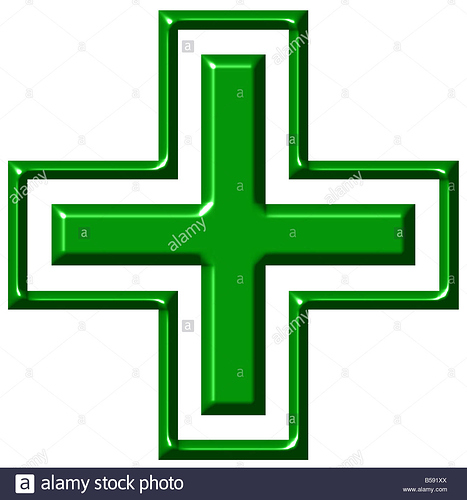 I also seen an image of a tiny brown dog and then of a slightly larger fairer one like in the images below, do they mean anything to you? Aside from them being frickin adorable, I dunno what they could mean. 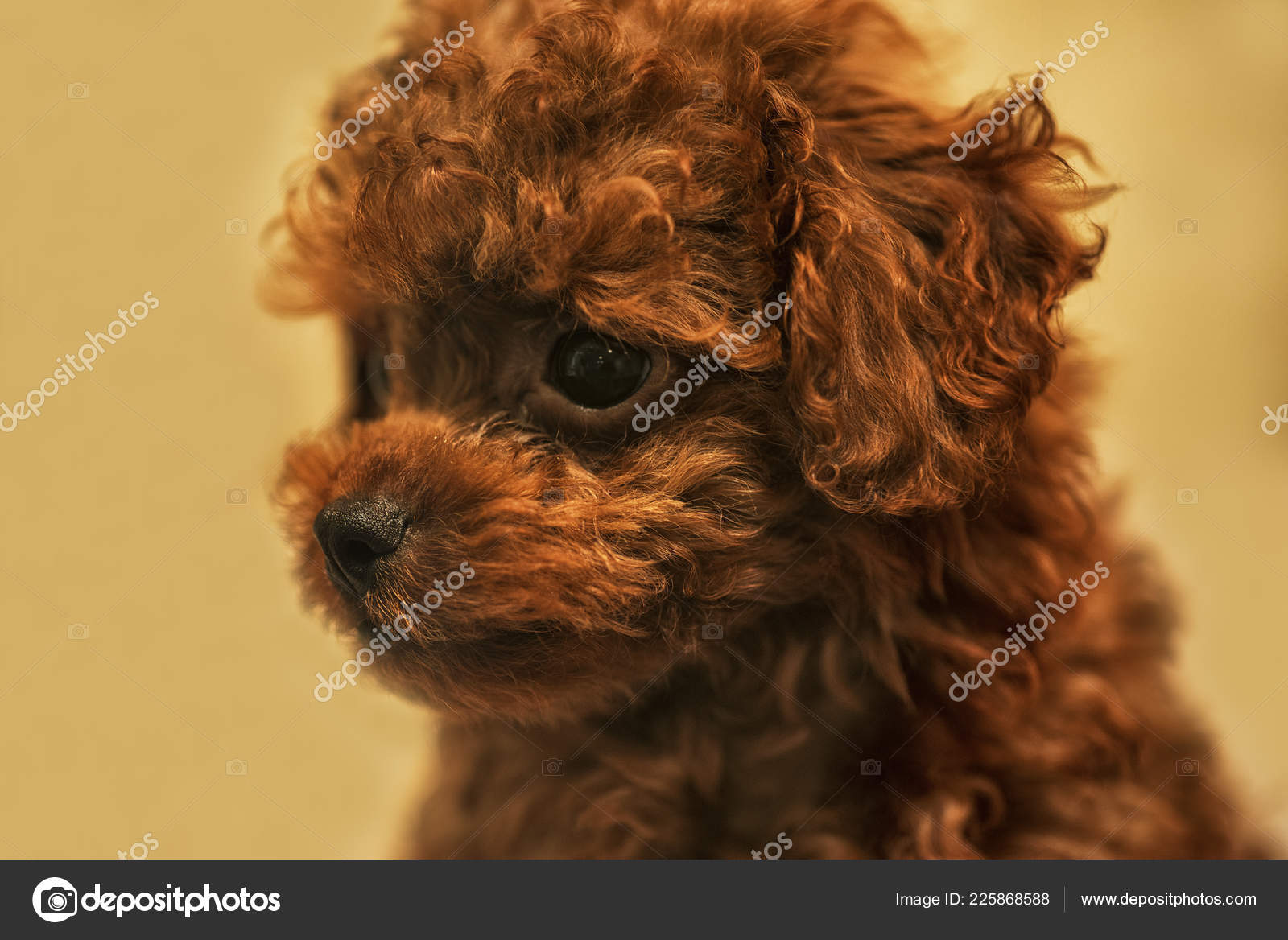 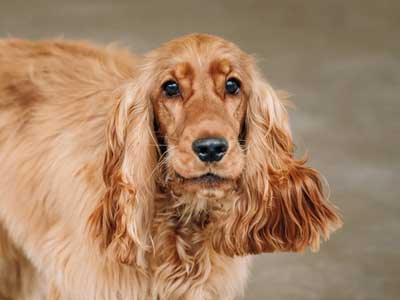 The next thing I seen was a spiders web. It was clear as in nothing was stuck on it, not even the spider was there. Was literally just the spiders web. There are so many interpretations for this but I get the feeling that it has something to do with you being stuck in a particular situation and it’s not the nicest situation to be stuck in. 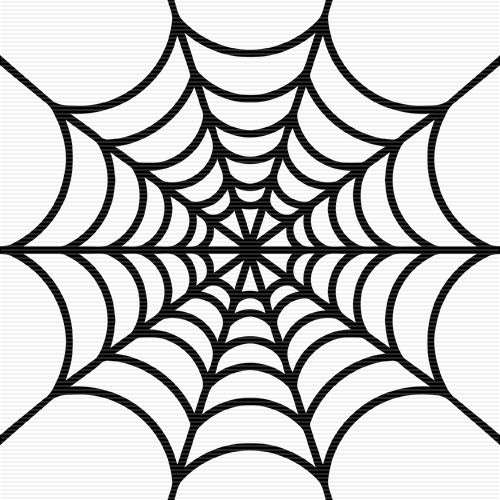 The last image I seen was of a pair of glasses with thick black frames. I can only interpret it as having something to do with your vision but it may mean something else to you like the glasses a loved one used to wear. They were quite similar to the ones shown below (not designer though). 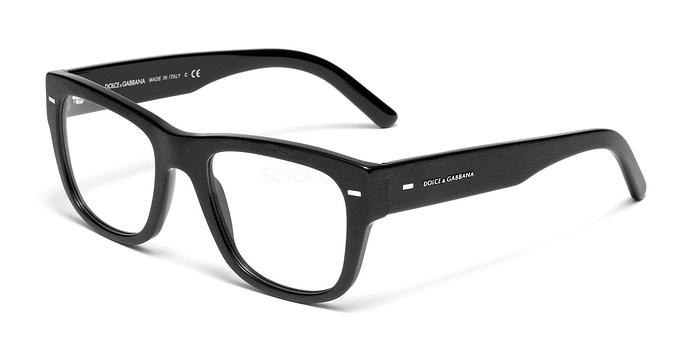 So that’s all I got. I would appreciate any feedback and I am new to this so don’t take it too seriously because I don’t know how accurate I am.

For the statue of liberty I have no idea what it could mean, the cross could be because of my religious upbringing, I did have two brown irish terriers but unfortunately because of family issues, I had to leave them. spiders web makes sense because I am indeed in a bad situation right now, and for vision im only mildly colorblind so idk.

There was an image of a person that I saw, it was a male maybe 30ish, Caucasian with fair/pale skin, black hair which was a little long but not unkept, blue eyes, and a good jawline. Handsome individual.

That actually describes me tbh

Thanks for the scan, some parts resonate with me more than others

Thanks for letting me do free scans on y’all and giving me feedback, I’m gonna get take a break from it for a while maybe a month or 2 but I will probably pop back into this thread sooner for a scan swap.

@WhiskeyJack Bro you do one for me before you take a break? I’m pretty curious a out your POV

Sure, I’ll get one done for you in the next few days

Was this my energy scan ??