I’ll scan you in a little bit. Bout to go and work out.

Hey @RyuDarkness I’m back , finished my job. So… Scanning time!
Lets see.
I sense a female presence with long black hair and a long black ritual robe. Her face can’t be seen but her lips are crimson. She is also wearing a necklace with a pink crystal in it. She is sitting under a withered tree, holding its long roots.
Hmmm that’s about it I think.

I see a robed man sitting in a half lotus position. Meditating on an isolated hill with a full moon above him. The energy is dark and the color of the moon is unknown as is the man’s face. His energy skyrockets and he transforms. That is it!

Sounds like to me of the transformation I’m going through and the sacrifices I’m making. Perhaps the syembolism of her holding the withered roots of the tree is a sign of rebirth.

Anyone wanna scan me?i cant do it yet but I would be very grateful

I have never scanned before (well I made a previous post, but feel I half-assed it - therefore deleted it). So I’m considering this time my first actual try at this.

After a moment, I got a brief image of a dude with long white hair, with black eyebrows. Ha.

However, the most vivid image I got was a man covered in nothing but dark armor, which flowed red at the crevices. At first, I seen a huge sword being given to him, nothing but his armored arm reaching out to grasp it. Then, there was an image of him on a dark rock/cliff, mounted on his horse. His horse had the same armor, and was bucking upwards. The man (or warrior), has his sword up in triumph - as if he was decreeing war, or just experienced a victory.

That’s all I got. Could be my imagination running wild, but if it rings a few bells, good on you! (And me…) lol

If anyone would like to try me out for size, that would be fuggin’ wonderful.

Thanks i really appreciate it
I don’t know I can be subjetive, maybe someone more experienced should do it
Well, I going with you Smoldoll
I thought I was going somewhere, I felt that it was going deep
Everything was black then i saw a vortex of dark green shape (cloth / cloth) with a bright white aura, it was moving slowly everywhere.
I had the sensation that it can change form or a chameleon, then like a flash it was a cute white girl wearing that fabric as a dress (she had a white aura) and then a vortex again, I think it happened twice or more

I going to do it later, maybe I will send you a pm

Black Knight? Its curious like it, if I would choose a form I would use it, like my profile pic
I was searching and I found the legend of a ashor (his personality looks like mine)
Zepar and Furcas, they are goetia demons but I dont feel a strong connection with them yet

Something interesting! That was pretty good.

Wanna know something even more interesting? Green is one of my favorite colors. In fact, my mum likes to comment on my obsession with the color. I claim that my favorite color is pink, yet it’s either that or the color green. Must be a subconcious thing. About the aura/dress color - another interesting tidbit. My first name means white/pure, and my middle name is a green gemstone.

I’m also caucasian - white as all hell. The “changing like a chameleon” bit also fascinates me, as it describes my personality fairly well. I always feel like a different person, each and every day - blending in.

Thankies! Feel free to go further into it, and pm me if you like. c:

Can I get scan on my god form please

Figured I’d try my second hand at this…

What I seen was rather peculiar. It was humanoid figure with an elongated face, but it reminded me of a goat head. Though the head came across more human than that of a goat. It’s eyes were of pitch black, and were also elongated. It was like a skull, but a skull with flesh. It also has the very skinny torso of a man (skinny arms, too). It’s skin was gray. The whole body could’ve reminded you of a corpse.

It seemed to be crouching, resting it’s arms on it’s knees, looking over a fire pit. That’s what my mind conjured up. As distorted as it was, the creature was fairly observant. Didn’t seem harmful, just to itself.

Some minutes ago something told me that your personality was like a chameleon
thanks!
I would like to know more about that black knight

I haven’t learned how to scan yet, but I would appreciate it if someone is willing to scan me.

Hope someone can help

Thank you in advance 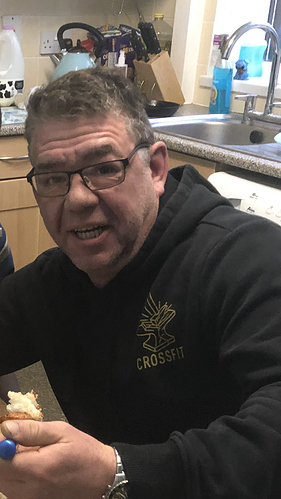 I’m not sure but I saw smoke, it was like a geyser but the smoke was silver going to dark silver then from it appears a thin knight with a silver armor
he was standing, his legs were crossed and his arms was crossed going up, I thought a statue!

Thank you so much for your scan super helpful and a very spot on reading,

. that could explained why I look more corps

Anyone want to trade?

When scanning you I see this pool of dark energy, within this dark energy there’s streams of gold sand, from the dark energy like liquid a woman rises from it, her hair a firey red and her eyes reflecting the same color. When I look at her she’s adorned in what looks like Egyptian garbs. The attire is dominantly black with white slick looking robes flowing with it.
Around her there’s this gold aura that seems to shine off her being as she walks forward, each step leaves her footprint in the darkness. Above her the moon shows in it’s crescent form. She raised her arms as if she is calling forth something and as she does it seems like this obsidian pyramid rises from the blackness as if it were attempting to touch the sky as it settles under the moon, her energy gives me a dark energy vibe with this fire undertone to it that seems to burn or cleanse away what no longer is needed by her be it energies, enemies, and so forth.

Do you want another scan or trade? It seems someone got you before me.