Visit From A Black Dog

A year ago, on Halloween evening, I was at my place chilling with a friend. I went to get the mail. Then I noticed something. From the shadows of the trees was a black dog, barking and beckoning me to come over. I got my friend to see this considering it felt spooky. Dogs, especially black dogs, were often associated with the underworld, right? We approached her and she ran away. I saw this same dog several times, always during the evening. However, it turned out to be a neighbor’s dog. Any interpretations.

Black dogs are also connected to nature and magic, not just the underworld. Several deities have the black dog connected to them.

The cù-sìth(e) (Scottish Gaelic pronunciation: [kʰuː ˈʃiː]), plural coin-sìth(e) (Scottish Gaelic pronunciation: [kʰɔɲ ˈʃiː]) is a mythological hound found in the folklore of Scotland. A similar creature exists in Irish folklore (spelled cú sídhe), and it also bears some resemblance to the Welsh Cŵn Annwn. According to Scottish folklore, the cù-sìth is said to be the size of a young bull with the appearance of a dog. Its fur is shaggy, and usually cited as being dark green though sometimes whit...

My mother saw a black dog once. She has the Sight. While she was staying in a holiday cottage in Devon, UK. She woke with a feeling of dread, and looked out of the window down into the front garden. There was a straight path running from the gate to the door, and there walking up the path was a very large black dog. It stopped at the door, turned around, walked down the path and disappeared at the gate. It terrified her and she couldn’t move until it was gone.

When she told me the story (it happened before I was born) she said she felt it was a messenger. That’s what she called it “the messenger”. It wasn’t the only one. On two other nights that week, the same thing happened, but the form was that of a nutcracker-like toy soldier, also black one night, full colour another. I forget the order, but I think the dog was first.

After the holiday, my mother found out the owner of the cottage, who was a soldier away abroad, had died the night the dog came. Hence, “messenger”.

When I encountered the dog, it didn’t feel like an omen of death. It felt more like a message from some deity to get my attention.

If that’s the case then I think for sure Hecate. 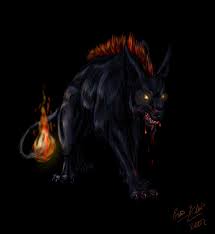 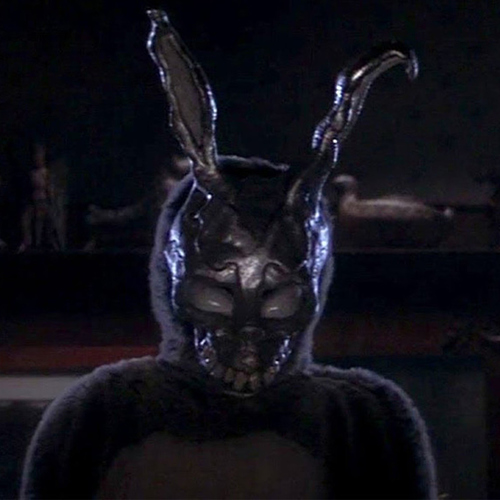 that was a great story!!!

If both your friend and you could see it , then I think it was just an ordinary dog! And just cuz it is black doesn’t mean it Is something spooky!!? Don’t be racist.

Black dogs are associated not only with Hecate but also Glasya- Labolas. Did you hear a growl?

It was the time of day and fact it was halloween that made it spooky.

Black ghost dogs are a part of the folklore of the uk anyway.

I feel like Sherlock story The Hound of the Baskervilles cashed in on this folklore, but I can’t remember why I think that so pinches of salt and all that. (The 1959 TV version [trailer here] is still my fave. Fun watch if you like Peter Cushing and/or mystery.)

A black dog is a spectral or demonic entity found primarily in the folklore of the British Isles. The black dog is essentially a nocturnal apparition, some of them shapeshifters, and are often said to be associated with the Devil or described as a ghost or hellhound. Its appearance was regarded as a portent of death. It is generally supposed to be larger than a normal dog and often has large glowing eyes. It is sometimes associated with electrical storms (such as Black Shuck's appearance at Bu Th...

Not sure where this Black Dog originated but I grew up with the story of The Grim. A very big dog similar looking to a Newfoundland but definitely couldn’t pass for a normal dog.

It was a creature that guarded graveyards. Normally a Grim stayed in one location because it was tied to that graveyard. Why is the part I don’t remember clearly anymore. It had to do with a loved ones death or even the grim’s own death but it was something that could be both evil and kind depending on what you were up to in its graveyard lol.

Not an unusual occurrence this isn’t a sign. The color black has always been considered a sign of bad luck ususlly this stereotype with animals is black cats not dogs. Black cats were considered bad luck as they were supposedly the familiars of witches. 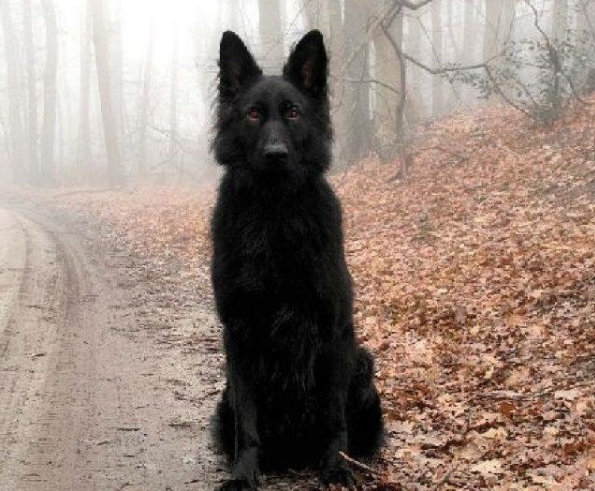