Using the same demon against each other?

This here is something to get some input on an interesting conundrum that I have thought of and get quite figure out the general answer for.
So my question is what if two rival magicians who are in relatively equal standing with the same demon and otherwise more or less equal in other ways decide to try and kill the other but they both use the same demon to get the job done?
How does that work out? This is for me just a curiosity and something that I really want some input on as obviously kinda dangerous to actually try and test and see what happens.

E.A. did something on that, can’t remember if it was a Q&A thing, video or post somewhere…

I will see if I can find it then. 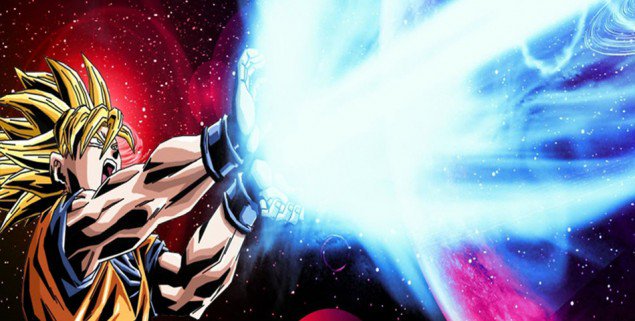 That’s like one of those games where you gotta tap the fuck out of the button at each other.

Well a magician/s used Dra’ Talon to attack me. Apparently you aren’t suppose to survive that …makes you go crazy then death yet here I stand.

My thoughts either I was more powerful than them or my will to fight it out and survive was greater than their will to take me out.

Which I feel was a blatant attempt to use Azazel against me…and well that just didn’t fly. I am the fucking princess

I swear I always asked this question but never really posted it .

It depends on the demon and the relationship between the two people. Their will power and what the magicians have up their sleeves. Also how intelligent the magician is. If the magician does his research into his opponent he can nullify nearly all magical threat.

Two stories (not mine) come to mind. The first involves a duel between two voodoo practitioners. One practitioner discovered the other’s Met Tet and gave him an offering of two goats. The other only gave his Met Tet a chicken. The man who offered goats was successful in the magickal battle and the other Bokor was found dead. The moral of the story is, always be sure your offering is better than that of the other magician. Story number two involves a magician newly initiated in the ONA. His other coven members began to hate him secretly and began to plot a nasty death curse behind his back. They sent the curse. Little did they know that a deity within the ONA current would warn this new initiate of the curse and he was able to nullify the curse in time. Lesson number two, be on good terms with ALL spirits that you work with. Never know when your manners will save your butt.

I watched the video of E.A a while ago and I didn’t feel satisfied with his answer. So I asked Belial and it says sometimes its just a simple matter of the spirit liking you. Not any kind of friendliness but someone you resonate with and can work well together in a way that’s mutually beneficial.

Related to that is the magician’s overall usefulness. Why would he harm someone that is useful to him? Especially someone very skilled in different practices and areas versus some fly by night magician with a grudge. That isn’t serious about their practice, doesn’t return favors and is only concerned with results. They want to curse someone everytime something goes wrong in their life.

He said think of a hiring manager that has two applicants for a customer service position. The master’s degree fresh out of college with little experience and poor social skills.Or the high school diploma who is very well read and has 10 years of experience and an open mind.

Are you going to end up spending more time and money training the masters degree how to deal with people? Or recommending books for the HS diploma to read in their spare time?

I said I’d pick the 2nd one. That if someone is a quick learner they can learn the material. And that might make them a good trainer in the future. The first one might know their stuff but if they are no good at communicating it over the phone then the customer will call back because their problem wasn’t resolved. Or you could lose customers all together I’ve seen it all the time at work.

Belial said that was just an example from my field of work so I could understand. But it was directed at me. Why would he pick me over someone in a magical order with degrees. He said he’s not impressed with degrees. Not that they aren’t useful but the majority are following a template. They aren’t experimenting outside of it. The words of their teacher is law.But there’s something ‘organic’ about a self taught magician that makes them ‘uniquely useful’.

They have no path but their own