So, I do have a feminine statue made from metal which I’d like to use it to make contact with/establish a link with/evoke/dedicate it to Lilith. What are your thoughts about doing that? I don’t want to bind Her in that statue that will become an idol (which denotes an immense disrespect in my opinion). How the process of evocation differs when using an idol when evoking an entity? What to expect from this? Any method of using that statue in evocation/making contact with Lilith so that She’ll solidify Her presence into that statue? Her Power will become “limited” if I try that? (I’m reffering to the fact that I’m asking if after I will do this, the communication between Her and me might be more weak)
Thank you for reading! A good day/night to the ones that read my stupid post!

A blog about spirits, spirit relationships, grimoire practice, and other misc topics of the occult variety.

Thank you for showing me this, I will read later because I’m interested.

Yes, an Italian author, Mauro D’Angelo, did contact Lilith using a little statue (hearing, mentally or phisically, a feminine laugh) and in a book instructed the reader to basically do the same.

How that book is called? Maybe I’ll put my hands on that book someday.

I did remember that he wrote two books on Lilith, but thought that the statue “thing” was only in one. Actually, in “Lilith” he talks of his ritual and in “La Dea Nera” he give operative instructions. This would be the link to D’Angelo’s ebooks: https://play.google.com/store/books/author?id=Mauro%20D’Angelo

It took me about 20 mins to read that whole article/blog and all the comments, but it was worth. The use of an object which could be related to the specific spirit in making spirit contact there it got mentioned as “image of Lilith” or something like that. That book called Liber Lilith also got mentioned, that makes me want to read it, I think I’ve heard about that book in the past. I saw that it got mentioned some things about offerings too when it comes about Lilith. Especially the use of red wine caught my attention, I myself offered to Her my own blood instead. (some might consider that the red wine is symbolic to the blood) Also the colour red it’s linked to Her, I’ve seen Her with red hair that was almost having the color of the blood and also a friend of mine saw Her in the same way. (but also there’s an exception in which Lilith took the form of a young catholic nun with black long hair and appeared to me) Besides blood I offered Her my cum and my body at some points and also sent to Her orgasms as offerings. I never thought about offering Her sweet food, but that makes sense because She’s a sweetie too !

I’ve searched and I saw on amazon that his books are just in italian… I don’t know that language.

where do you get a Lilith statue??

It’s not a Lilith statue, it’s just a feminine statue that I’d like to use as “image of Lilith”.

oh I see some ppl own statues of Lucifer or Baphomet 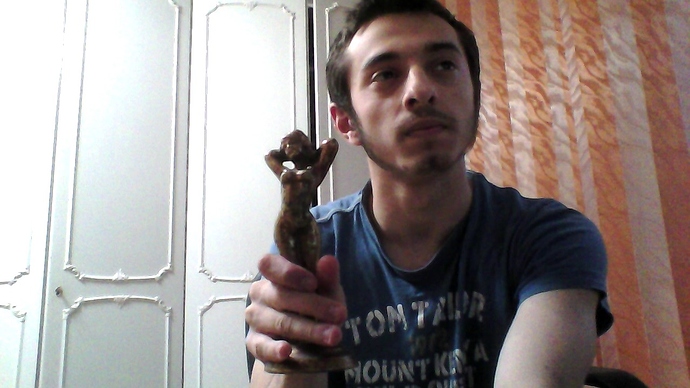 My parents would kill me if they’ll found out that their kid is having representations of demonic powers. That statue that I’m thinking about using won’t stir thoughts in their mind, at least that’s what I’m thinking.