Why does nobody take advantage of this amazing system? Ley line magick is about tapping into the Earth’s natural energy system through the use of sacred geometry and elemental forces. This energy is in fact directly responsible for the manifestation of life on Earth.

The Schuman resonance at 7.83 Hz, is the setting you want for your binaural beats. When accessing the grid you want to be in alignment with the Ley line. You can usually discover where they are by examining points on the map that are sacred or were sacred sights and just connect the dots. This is the most simple method to discover ley lines.

The harder and more non needed approach involves some calculation and required the use of navigational astronomy and keen observation of the natural world and it’s shape such as where mountains and valleys and other such natural landmarks indicate the movements of tectonic plates in the lithosphere and the weathering over the surface indicates approximately where the lines would have intersections and it’s on these intersections that ancient peoples would build their sacred sites.

Why peck at surface drops when you can open a vein and drink deep? The lines are like arteries that carry the energy across the earth through the space between the surface of the earth and the ionosphere. This of course ties into why certain sites are made of certain materials and how the energy interacts with the materials and the sacred geometrical positioning to change alter or tune the frequency of the energy towards goals.

Some of these goals can be to better contact and communicate with spirits and beings that would normally be indifferent to humans until you are in their face in their neighborhood.

Another use of the Ley line grid is to channel energy to carry ones intent into the subatomic world where random chaos becomes our observed reality.

The downside to this is one has to put more effort into construction of a temple. Initially it’s a bit more of an expensive practice because you have to construct your temple with materials that resonate with the energy. For example my altar is made of various stone tiles such as granite and marble and is properly aligned to the Ley line grid. My altar also has a vertical element to it where energy is drawn down or sent up.

This technology is not new in fact the earliest practices using this technology dates back to over 10,000 years and is evident in the temples of Gobekli Tepi. Some have theorized that this is the exact technology that is responsible for giving the ancient pre flood peoples the insights into the universe which enabled them to build Atlantis and Lemuria. It was this technology that allowed them to make contact with the inter dimensional beings that gave them advice on the sciences. I don’t know if this is true but I mentioned it because it was an interesting theory.

Tapping the artery, as I call it, is the mental process one must go through to obtain this unification with the Earth’s frequency. Now the normal range of the earth is around 7 Hz but the earth fluctuates up and down. So if you want to be spot on these guys are here for that -----> https://www.heartmath.org/research/global-coherence/gcms-live-data/

Here is a little video that goes into Ley lines. I think it’s a good video that makes some interesting points. Here ------> https://m.youtube.com/watch?v=4wlpustOL7c 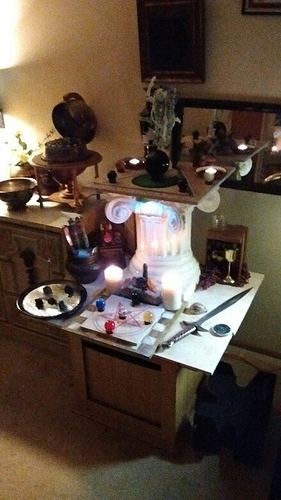 The materials involved have a purpose as for the base parts of the altar you have marble and granite tile and this works to catch the Earth’s energy and it is funneled into the stones you place on top in their arrangements. 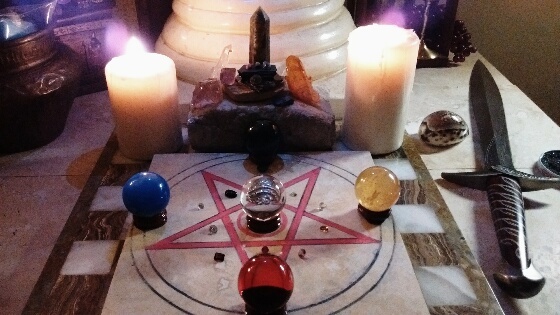 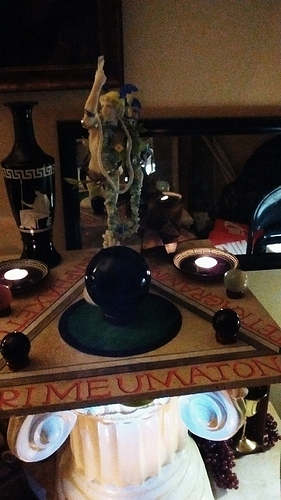 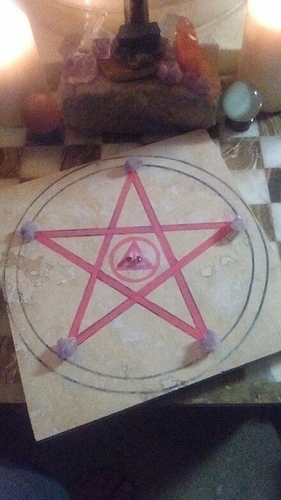 I’m bookmarking this. Great stuff Adam. I’m curious, could this be used in vampirism?

Theoretically but the earth is fairly big and this is sort of vampirising the whole planet in a way. By drawing the Earth’s own energy directly. I find this better in my opinion than getting energy after it has been converted from soil and sunlight into plants and then animals and people. It’s sort of like getting your water from the well after it has gone through the rain the earth and down into the well. Fresh rainwater is much better. Just my take on it, also the supply is enormous and damn near infinite.

Wonderful Adam. Just wonderful. We are too often chasing abstract beings, spirits and performing work with subtle amounts of energy. There are vast energy stores, waiting, practically untapped. I like the notion of 7.83Hz binaural beats. I may make one and have it sit in a field of white noise.

I believe that the more we include Earth, the elements, and other celestial bodies in our work, the more firmly we ground ourselves to physical and energetic reality.

I do recall your Ley line defensive approach.

Brilliant stuff. Thanks for sharing.

Also Washington DC and the Pentagon? and major banks, city halls, council buildings all kinds of places of authority.
I watched a program once where all kinds of these grand buildings were accurately set out on a wide network of ley lines and all facing a particular direction.