UN-fucking my life -in magical mundane and personal matters

Be the wittnesses of my improvement.

I fucked up. But i wont give up and accpet my fate.
Please be there, so one you will be like “oh you mean him? Yeah, he used to live in a cave but now he is THE MAN” or some other nonesense… 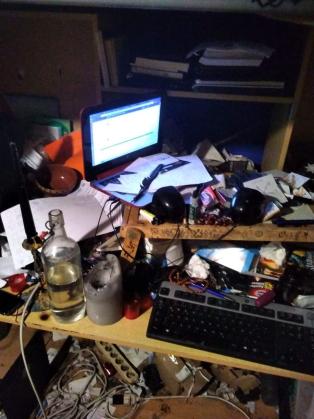 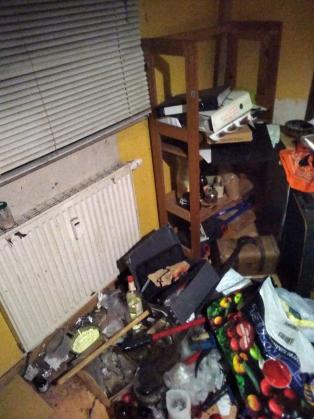 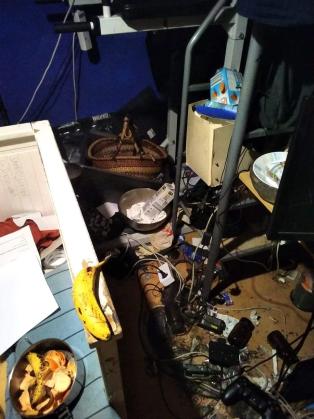 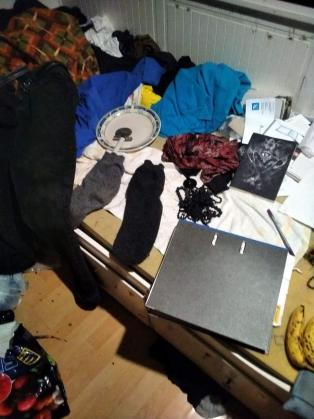 i will fix my head, my room, my life…everything…everything

Everything will come together…hang in there and keep pushing.

You’ll push through. Stay strong. Best wishes to you.

the pendulum of my life lol 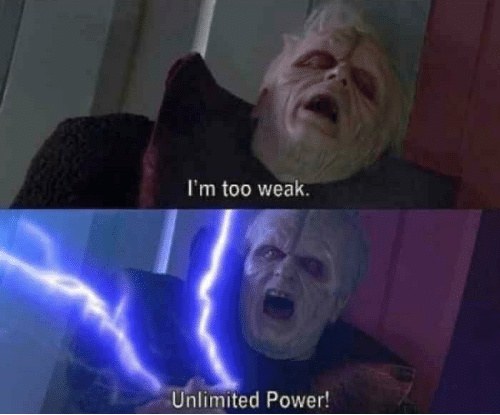 Yes… is this bipolar ?

Update: visited a office, to settle some things st8 with the loansharks.
That will hopefully clear up some of their bottomless hunger.

@Lady_Eva Sorry, but idk if this really serves a purpose.
I make myself vunerable, the more i present information, whilst also just presenting something
to support me. … I dont think this is good for my ego.

Yes i need help and support but… to get superficial aid is like junkfood for my ego.

Call me crazy or a zealot or whatever…but when it was just me and my brother against the world… ifelt more fulfilled than ever and since. There was something pure to it. No arguing, no logs, no strangers to appeal to. just my brother, who i love despite what he did to me. Especially the lasst bit i jsut realized after meditation.

Today: got lost on the way to a appointment, still had a talk with a gym manager regardless
he was itnerested in a way that felt odd. I would have expected to be thrown out after a quarter of the time we talked. And the conversaiton was oddly personal. LIKE IF,this event was staged.

And those not really job related questions, were used as a wake up call to me… idk
~~As far as cleanign jobs go, this is the best you can get.

also i felt like my belly grew a few inches LITERALLY over night, just to make me more uncompfortable being surrounded by all those healthy people, and having to explain myself in front of my potential boss.

@Lady_Eva you and the others were probably right…

things will be fine 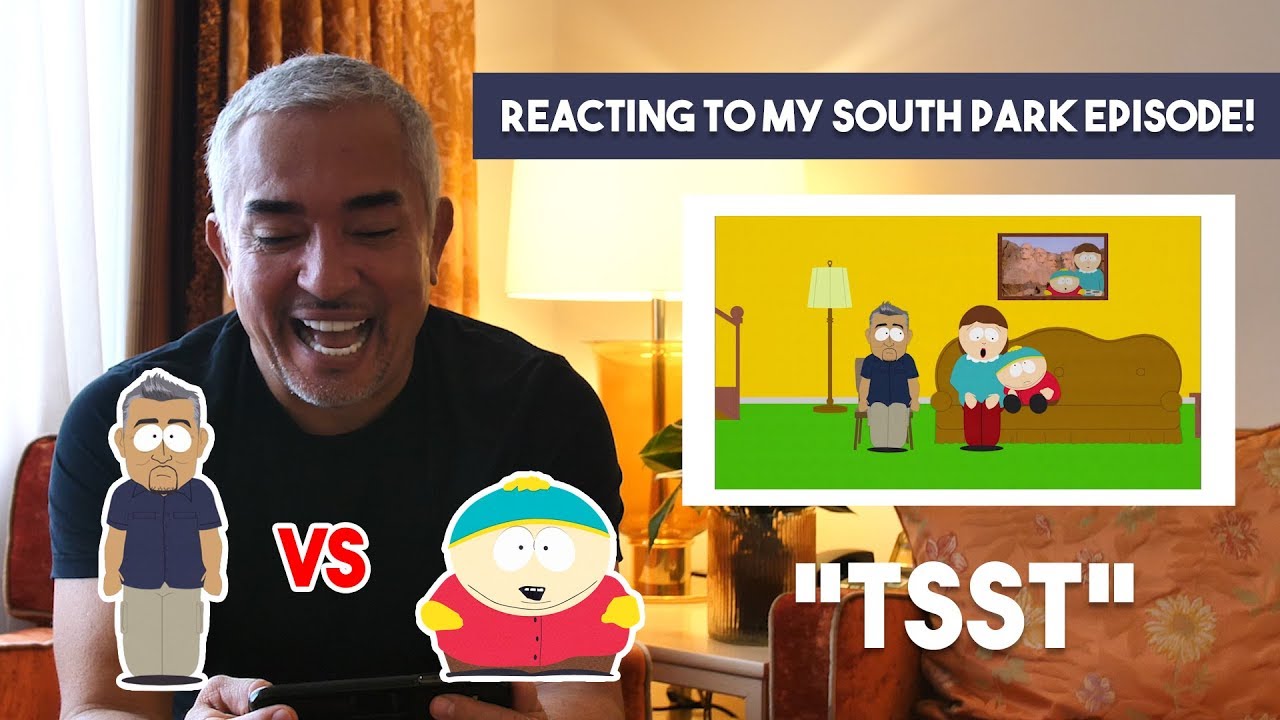 Today: another job interview, went well despite the late arrival,
but that was due to getting lost and not having the proper address.
~Surprisingly, the potential employer was chill enough to just be like
“mm’kay, how about we dont meet at the office and jsut go to the place” (where i would be working at)

Went good. Did wonders to my confidence. A few days ago, when i had gained overnight (literally) multple inches of belly fat, and had exhausting troubles riding a bicycile…now its all ok.

My body feels better, and despte me getting lost in the rain, and despite me waiting for his as to show up, and despite this guy, for some reason, showing up at the wrong side of the building IT STILL went well.

There is room for exponential growth labor and incomewise. Things are linked.

Im told to keep resting, spiritual surgery goes well. Recent invocations brought fforth interesting dreams and experiences. Dreams align with a vision a friend of a firend had years ago. Interesting how my dream lined up with parts of a vision that was seen by someone who went for suicide
… Despite that, i feel like things will be ok.

Yes i need help and support but… to get superficial aid is like junkfood for my ego.

I think you might get support here, I was about to post something to help with the stuff getting your room in order.

I also think any improvements you make here will be helpful to others.

I also think any improvements you make here will be helpful to others.

funny enough, now that oyu mention it
-i remember a screenshot from a maergzjiran facebook group, talking about how the current AGM sturggled with a imperator, who lived at his place BUT desptie teahcing discipline and churning up ambition, he lived in filth like a horder.

I think, the partially core-less nature of the current, makes it a big parasite.
No. There is something else to it.

I myslef, neglected the physical, for the sake of magic.
The current made sure i could keep casting way beyond my own comforts and limits.

I guess… the lack of disconnecting from magic, is a problem.
There has to be something else someone does in their lifes.

Its like, a artist that only draws or makes wonderful paintings about terror, suffering ,lust and beauty, yet he cant tlak to people and has nothing to do outside of his home -meaning that he has even less desire to go outside and make connections. And find acitivities other than art.

its like…magic is self expression -but if you only talk about or describe yourself,
instead of being yourself…you kind of miss the point.

Weird patterns -i hope you didnt mind my rambling.

I had a blog i started on discord but some fuckwit deleted it. I basically started it during my covid infections. I live in a hoarding situation. Hell, i live with my parents but i’m trying to support them as they are frail. I cobble my life together and have been focussing on the physical. In about 8 weeks I have went from 202 lbs to about 186. Its hard and last week it went up to 187.6. Now we don’t have hot water as the water heater died. Still, i have a roof, food, and free time. We all get gov assistance and disability. Depending on the governmrnt is basically a state of terror if one is afraid of getting cut off.

Organizing and staying organized esp physically is a damn hard thing for me. I wish i had my own space but i dont. I sleep on a cot in what is supposed to be the living room. I have a sitting space in the small dining room. I built my gym under a tree out of fallen tree limbs and tarps (btw sticky traps kill mice wonderfully… gets flies and spiders too).

Congrats on getting interviews for jobs. Cleaning jobs are great. I wish i had a forestry job to clear trails. I mostly perform the mundane and exercise is my biggest ritual. Its a battle against self and covid has utterly destroyed my stamina and taste and smell. I’m tired and weak constantly and everything tastes like bleck except the supervsalty and sweet which i’m trying to avoid (calories in and out… keep a calorie deficit and all that).

Looks like to me its a great start. A dude said to me keep a piece of paper near your bed or under your pillow saying: “i am important and powerful. I will succeed. I am success and i will be even more.” Something to that effect. Some sort of positive message. Sigil magic is similar when you create the sigil. Try it for a week and keep at it. Just keep going. The journey imho is far more interesting than my ultimate wants because i can continually shape my path during the journey. I still need work soooo my pov might be too odd. Cheers.

i wish you best of luck with your endavors.

~idk if you can hunt or trap anytihng in your region.

I personally alraedy knew a few tihngs since a while, but i was too weak to follow through.
At least in my situation, the process is simple yet time and energy consuming.

I need cabinets to put my stuff in ,but i also need to get rid of anything non-essential in matters of clothing. Since i dont have space for them and they just build up mold. But i dont have money for cabinets right now.

I also wanna get rid of my two beds some time in the future, cause both just eat away space.
A futon would be fine with me. And due to the harder surface, the muscles can relax easier since IRONICALLY soft beds make your muscles a bit tense -since you basically “fight” to stay in a certain postiion… anyway.

I think, maybe this thread wasnt such a bad idea, and that sharing these little moments of progress, a wavw for “lost souls” like us would come into motion.

I think, maybe this thread wasnt such a bad idea, and that sharing these little moments of progress, a wavw for “lost souls” like us would come into motion.

like each shared thing, being a sillible, and all the sillibles from all the lost folks, would form a song of their recovering wellbeing.

Also, that gym guy told me, that im actually able to express myself -its just a bit baffling to get so many comparisons thrown at oneself

-i remember a screenshot from a maergzjiran facebook group, talking about how the current AGM sturggled with a imperator, who lived at his place BUT desptie teahcing discipline and churning up ambition, he lived in filth like a horder.

Lots of people are scruffy and they don’t need a spiritual parasite to be like that… be careful, I mean yeah the whole experience you had, happened, but don’t just look at normal stuff other people find difficult too and assume it’s part of that, it’s almost like it carries on dominating your life, if you do.

Look at your shit that’s everywhere, pick the top three things that are a problem, like TYPES of stuff that’s making the mess, then figure out a super-simple system to stop that happening, like if it’s food wrappers, grab some old boxes or a strong bag and put them next to wherever you eat, as many as it takes (like one each for bed, computer, seat), so no food wrapper FROM TODAY goes anywhere except its box/designated bag.

Then you pick a day a week to empty the bags/boxes, that’s ALL you do, try one type of problem at a time and progress once it’s become a habit.

People who “hoard” often (more often than not) have trauma issues and you need to be kind to yourself, you’re not living like this for kicks, you’re doing it to try and protect yourself from damage. You may also have issues with extreme visual noise being easier to tolerate than relative order, “normal” tidiness which is imperfect, meaning you have a kind of all-or-nothing approach, that’s pretty common too, but we can look at that later.

For now ID to the top 3 things that keep going where they shouldn’t and then set up a workable system for just one, let it be imperfect to begin with, to stop that problem GROWING in size. Once you’ve been on that for a week or so it will make your whole life change.

You could do a big haul cleanout then institute this system but if that pains you, and keeps getting mysteriously delayed, do it this way, it’s like breaking it down into easy-to-manage pieces. You can always find that absolutely one-clean-sweep system tomorrow, or the day after, but commit to doing this step, NOW.

Or, just ignore this, but I’ve helped someone through this, I have friends who know their shit as well, and I actually do know what I’m talking about.

And PS, I’ll try and walk you through this as much as I can with the practical stuff if you’re willing to put in the time, like check on you most days and troubleshoot, and walk you through the stages, you must just promise me NOT to ask to have this deleted because I am giving you my time to also help other people, people who are too nervous to post or just don’t know where to begin on here, are you okay with that?