I had to go out to the crossroad today and gather dirt for a break up jar so I decided I’d make a thread on how I do a break up spell using a crossroad spirit.

I use a crossroad spirit in my breakup jars so that it makes my targets to there seperate ways and to make sure their paths not cross again. Also getting the aid of a spirit allows the spell to keep working even when I’m not personally working the jar.

I decided to do this spell today (Tuesday/Mars) for the martial energy, I also made a decision to use a particular crossroad than one of my normal ones as I wanted the red Georgia clay for its high iron content which relates to the Martial energies I wish to work with. When I arrived at the crossroad there was a construction cre there doing road work so I had to drive on looking for another while also not getting my car stuck on the washed out dirt roads (should have drove the truck). 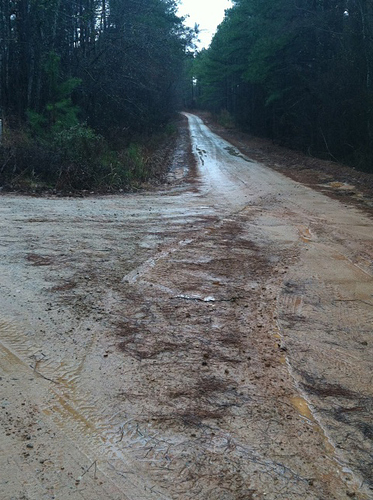 So I arrived at a Y shaped crossroad that was extremely remote and felt right to work with. I called out to the spirit and made my petition for it to assist me in my work. While doing this I made offerings of whiskey in each direction of the road. The rain was still coming down so I made a makeshift cover for my charcoal as I had brought copal and tobacco as well for offerings to the spirit. 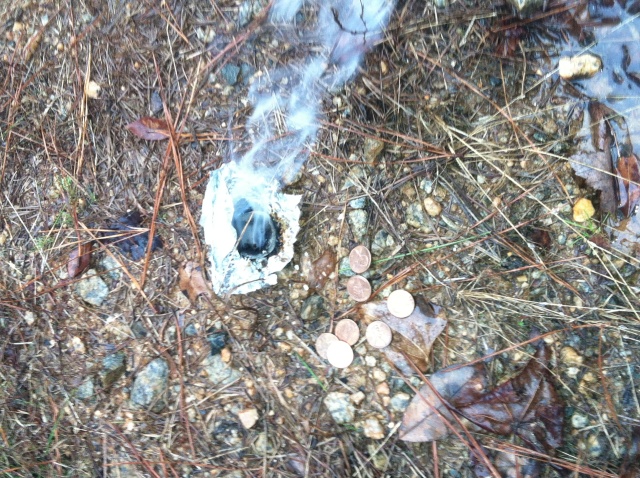 I use tobacco as it is used for calling a spirit. I filled the jar with the smoke told the spirit I would be taking it and some dirt with me. I then went and gathered the dirt and paid the spirit 7 pennies and added the last of the copal/tobacco mix to the charcoal before leaving.

Due to the weather the dirt is very wet so I’m going to let it dry out before completeing the spell. For your viewing pleasure a jar of dirt…tada. 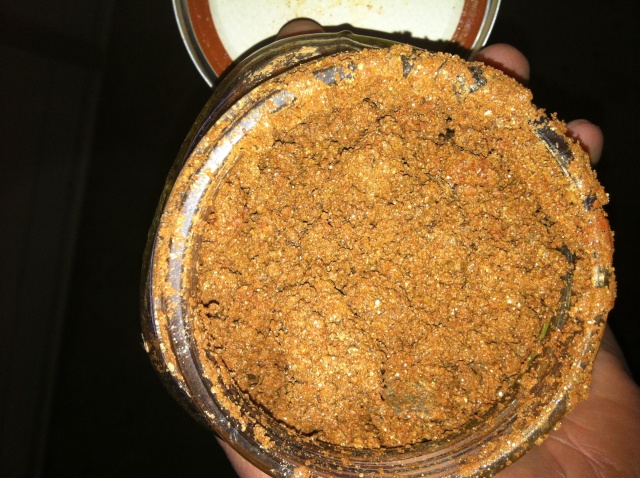 More to come so stay tuned.

So I did the spell last night I took most of the dirt from the jar and created a ritual construct which is fancy talk for a miniature crossroads. With the remaining dirt still in the jar I put in a name paper and petition for them to break up and go their seperate ways, then I added oil and vinegar to keep them separated and to sour them, hot peppers to keep them hot and angry with one another, 9 needles so that their words and actions pierce each others hearts, poppy seeds to keep them confused as well as alum to keep them from communicating. Forgot to mention I shook the holy hell out of the jar while cursing and putting all my anger into the jar before placing it into the crossroads and setting the candles.

I place a red candle at each point in the road to keep the “heat” on them as well as to keep the Mars/Conflict theme going. I also placed a black candle on top of the jar, I will burn this for the next 5 days (5 being a number of instability) and dispose of all the remanats on Saturday for the destructive aspects of Saturn. I will shatter the jar and ask that their relationship be shattered and may they scatter like the glass not to be mended. 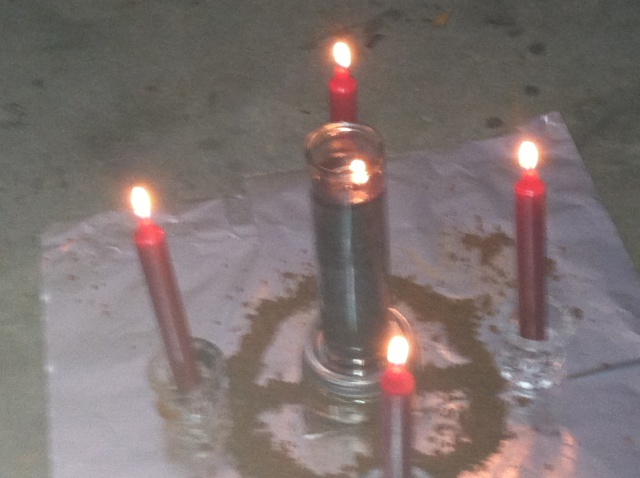 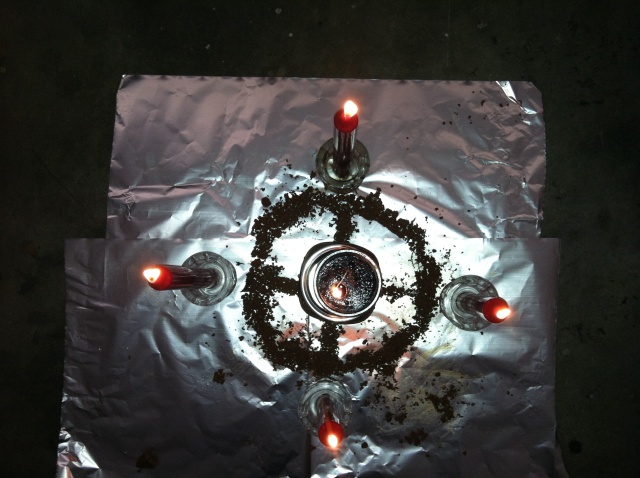 Feel free to use or modify this as you see fit. I’ll keep everyone updated on the spell as I receive news from my client.

So I got an update on this spell and was told the target and her husband are fighting badly as he is working extra late hours with his ex-model/former girlfriend he hired as his assistant. Also they’re experiencing financial trouble which is pushing the tension up as well. I won’t be able to give further results as the client found religion and fired me to “release me from the service of evil and hopefully save my soul” lol.

Apparently the spirit is hard at work so if someone else would like to try this I’d love to hear results.

Why my brake-up spells don’t work so good

Wow, yet another balg co-incidence! I was literally just typing out a pm to TWF regarding this spell- I log in seconds later and it pops ups again! lol

[quote=“Akasha, post:6, topic:2478”]Wow, yet another balg co-incidence! I was literally just typing out a pm to TWF regarding this spell- I log in seconds later and it pops ups again! lol

This isn’t Balg…this is hoodoo

Random necro-bump, I just repaired the image links in this and linked someone to it, it may be of interest to folks on here.