I read that thor is great for protection/guarding. does he have a sigil for sigil magick that i could use?

Most gods do not have a sigil per se but if you want to connect with thor you can face east and chant his name and meditate on his power.

I agree with Dinmiatus. However, you could try wearing Thor’s rune, THURISAZ, which symbolizes his enormous power and will. An amulet charged in the sunlight, or even with the water from a thunderstorm, and meditate on his name as Dinmiatus mentioned.

Is Thor the God of Lightning?

If I’m correct the mjolnir is his symbol too, you could also meditate on it.

Quite interesting. Do you care to explain? @faelix

i was at a party and at the exact moment i was kissed on the cheek by a woman i admired, it felt like i was struck by a metaphorical lightning bolt… i felt like i was zapped from above, at the time i didn’t think much of it although knew something amazing had happened and i just couldn’t explain what

but that’s a different story altogether and if you want to have an awakening within an awakening then do those three things: 1) get and stay clean and sober, 2) become a plant based warrior, 3) eliminate or limit your media exposure to as little as possible and explore life on your own terms

so basically I somehow channeled Thor at a highly energetic event whilst wearing a lightning bolt, although i don’t believe it would of been possible without the other person as she somehow made the activation possible by sealing the circuit with her kiss… twin flame was one theory, here is another:

Thor is known as the protector of mankind, and at the time I was heavily into all sorts of substance use and abuse… and as such it was in my and humanities best interest to get all soberAF and live my life without being under the influence of any drug, so he stepped in at a crucial time in my life where I needed to be put back on the straight and narrow so we don’t collectively destroy Earth (if you understand what Ghandi meant when he said ‘we must be the change we wish to see’ and how such an undertaking is the most powerful thing you can do, you will understand my comment) 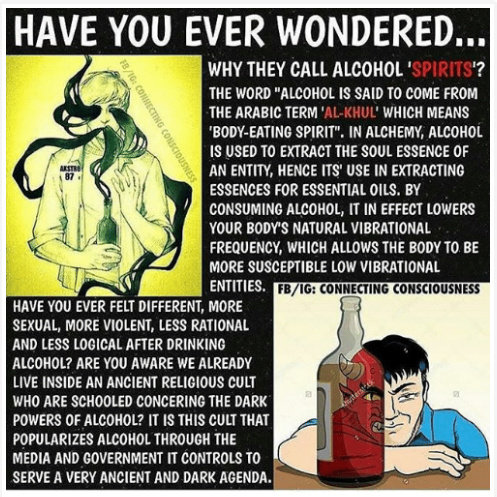 either way if there is an agenda, then it is probably malefic by nature and as such it would come as no surprise that the purported puppeteers would of attempted or did petition algol for such a cause… after all algol has been known to be the most malefic energies of all the fixed stars… could it be that alcohol (and possibly other drugs) are the secret yet mainstream and most easily accessible gateways for algol to enter our realm and do his bidding? no disrespect to algol, just an observation

this could actually be a good thing for anyone that is working with algol for defensive work, as it gives algol a clear and very efficient avenue to get the job done so to speak - very interesting indeed as what do most people do for relaxation/reward/pleasure - drink drink drink and drink lol - yet alcohol is a highly toxic and poisonous substance which does a lot of damage let alone the above mentions

so here I am on my awakening, and the algol connection was just presented to me as i was typing this message… so essentially i could take this as another way of algol trying to get my attention so he may do my bidding against those that are against my journey of sobriety, or i could just meditate on what i have just uncovered and let the bigger picture take shape before coming to a decision

but back to Thor (even though everything is related in one way or another as you can see)… this Thor baptism also happened the year that we were transitioning from the dark ages to that of light (spiritual awakening)… and as such Belial could also have a hand to play as he is known to be the dark-light mediator/connection… I feel that we all have a part to play, and I thank all the realms that have helped thus far (whether spiritual, mundane, or otherwise)

I hope that makes sense, because if it doesn’t then you will need to re-read a few times and then ask any questions if you have any, or simple meditate on what has been presented… the main message I got and continue expand upon from Thor is that we must live an unadulterated lifestyle to be our most true and authentic selves if we wish for a bright and prosperous future where we all thrive

No sigil for Tor, runes is a great way to get a sigil other as stated would be a picture of mjolnir since that is so intertwined with Tor. Besides wearing a necklace with a Tor’s hammer is symbolik for protection and the strenght of Tor so perhaps get a Tors hammer and use as both amulet and sigill.

There’s a sigil for Thor in a book called “the heathen” it’s not available in pdf tho …
U can buy it here https://www.becomealivinggod.com/asbjorntorvol/heathen

Draw his sigil inside of a nordic hammer similar to Thor. The god of thunder when meditated on should let you feel his energy. A cool tip for sunnoning odin is to place moonstone runes around you in a circle.

You can use thurisaz and meditate on the associated story. Visualize Thor’s myths, live them in your own mindscape. I call this process embodiment but idk if theres already a coined term.

Basically immerse yourself into the gods lore and visualize it and live it through your minds eye as if you were thor himself rereading his own stories.

This is the basic way of starting to build a relationship/connection to gods. I wouldnt advise worship as a form of connecting.