I tried to message a friend on here a bit ago, but the messages were being filtered or similar. No big deal, but I had the impression I should reach out to help. Went through the other day and I got some clarification.

I normally like to mull things over and see if a new idea comes to mind and it did. In the form of King Paimon coming to me.

“You are owed”, he said, repeating what he had said before. We came to an agreement right before dinner.

He wanted to give my friend some free help. Instead, I said I wanted a similar change to happen for this friend. A change that would elevate things from then on, similar to how a promotion would result in more income for me from then on. With no harm or misfortune to them, of course.

If he would do this, I would consider the debt paid in full.

After dinner, I went outside to formalized the deal.

We had a binding resolution over the deal with a handshake, but he suggested also stating it aloud over the incense. So, we did. 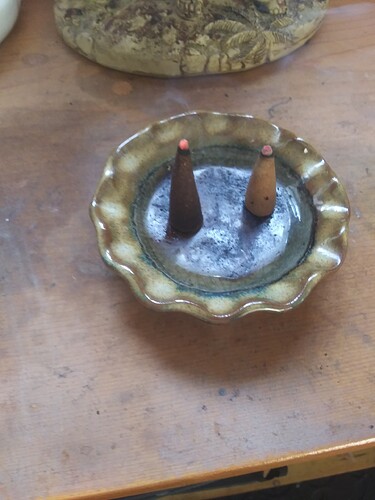 There will be a part 2, but I’m waiting for it to come to me.

I hope everyone is okay my friend

All right, between Reddit, Wizard Forums, and Balg, I think I’m taking a break from the social aspect of magick for a bit. I’m involved in a lot of background tasks here and will continue to work those. I’ll still get and answer PMs.

I’m tired of seeing “I must be right” and selective bias that goes with it and, in other places, the moral police (usually ignorant), trying to dictate terms that have been shown not to be true in my own practice. And if you believe there are other places than just this galaxy, most of it becomes meaningless, rather than something that actually matters in the longer game.

So, rather than be a jackass about things, I’m going to take a beak. I’ll continue my practice, of course, and will try to keep things sorted to update when I get back.

I really enjoy reading what you post and I am saddened to hear you leave for now. I hope your absence isn’t too long. Good luck.

“It isn’t about not having hang-ups or vices, really. It’s about breaking any chains that enslave you to them”

I realized something similar when I recently went five days without once craving either of mine, (vices) while in the hospital. I didn’t even realize until I’d been home a bit, that I hadn’t at all in days. It wasn’t the desire to that reminded me either lol… it was conversation about addictions and noisy neighbors.

I’ve always swore it wasn’t an addiction because man when it gets cold I voluntarily smoke less than a third of my norm, and when funds are low I can also easily cut back or do without for a few days…but no one believes me on it since I choose not to.

I’ve also yet to have an entity demand or request it, like I’ve seen of others. But I see people say things about being asked for that all the time and many of them appear to be real experiences in my eyes, or I’m fairly confident in the one telling me about it…

? There is a time when you will cross that hump where you aren’t just commanding spirits (different types), but ALL spirits (in this plane). Cross that threshold. You are near."

This isn’t the “I am in control” of the ritual space or regular space. It also doesn’t generically apply to humans (of course).

I don’t know his name (or hers), but it involves the Ladder reference above.