I feel it. I thought about the binding all day. It was a hard decision to reach. I had to make it and see it through before I really got the go from Belial. And, even though I knew I had done the right thing, that didn’t mean there wouldn’t be a personal fallout.

I had just done the very thing that brought us into contact. Just not a binding love or coercion or free will. I could see how those distinctions could be lost, if triggers were hit.

Don’t stress it too much in most cases right and wrong are judgement calls we make on ourselves or others based on our values morals and ethics which themselves are learnt and often situational. In other words stop thinking it’s “wrong” because the thinking makes it so for you (not for them but for you. The thinking it’s wrong makes it wrong for you. Then you start law of attraction garbage of attracting problems trouble or whatever that you can view as you ‘punishment’ for doing what you view wrong).

There are no absolutes so try or better yet do this: stop telling yourself it was wrong ok? Most of the time moral judgements we make on ourselves our actions are overly harsh if not totally erroneous because they are coming from our own constructed moral viewpoint (and in some cases if you asked someone else they wouldn’t have quite the same take on it as you.) so j just stop judging the morality or ethics of it. Done is done and if it produced beneficial results leave it at that ok?

Not saying it’s easy to do. I still tend to mentally beat myself up if I get angry at mom for something and am sharp with her. Only saying that judging something wrong after the fact is pointless. And breaks about up I’ll read your reply later.

This is why I took the chance. Not the first time, as evident by the several candles rituals above. Most don’t care, so long as they “know” you. I mean, someone wants to empower and light a candle for me? I’m thankful and honored. Really. Just let me know at some point, so I can return the goodwill, right?

I mean, we’re people of Ability and Will. Why waste it (judiciously)? Yes, Ego and Will and whatnot.

The two key points were KNOWING they needed help and having built the trust that they understood spiritually that while I was binding them without permission, I wasn’t the same jackass. When people are under the throes of darkness (I cannot elaborate for privacy), they aren’t thinking the same way.

In those dark periods, which… …they saw a Sun and the sunlight helped them. Not willing to disclose more, but that corresponded with my binding and the use of the sun breathing. They said what it fully looked liked to them and I was…it was…uncanny. There were thoughts and emotions, specific ones at specific times, things they couldn’t have known without being told. Not generic, generalized, or inferred ones.

Could’ve talked myself out of it. Glad I listened and didn’t.

On a lighter note, I stopped by a different grocery store on my way home and was drawn to some apples. Now, I like apples. The rest in the household SAY they do. But things go to waste. Similar to clementines. Bananas usually get eaten with cereal.

So my innocuous offerings of bananas and clementines go unnoticed. But when I passed the apples, my local Fae queen wanted one. There are no apple trees in the area. This was largely an Oak forest 40~ish years ago. Wasn’t about to buy a bag of apples that would go to waste. But I could buy 2- 1 for them and one for me.

I chose to slice it by hand. They loved it. 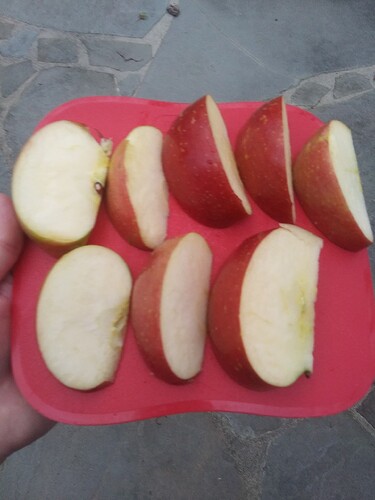 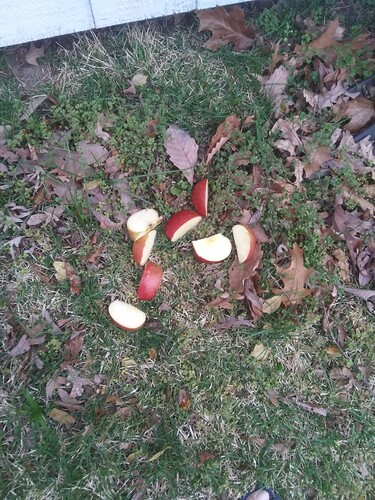 In Hawaii, I could tell there were several “classes” or similar of local land spirits. It’s partially why I refer to them as “Land Spirits”. While I don’t buy into the cute classifications of Ceremonials, I don’t need to.

The Local Fae Queen has invited them all to enjoy.

Well, Legion signalled he wanted to speak. I promised safe passage for safe conduct, limited to my ritual space. Mentioned above, we fell out because I asked that things not be exacerbated more than they would be anyhow. This was soundly rejected. I broke ties and declared open season on any shadows I found. This led to a remarkable drop in sightings, as I don’t just banish and leave it for someone else to do the actual work. No, that’s like tossing salt at something like an amateur.

I opened a gate to them and they flooded my space. That’s fine and expected. Legion is a hive. We negotiated and we both had to remind the other of the safe passage part, if being honest.

In the end, we agreed.not to exacerbate things against women and children in a specific country. Things WILL happen, but the goal was to not encourage more of it. Since this was a significant loss to them, I created an entity for them.

While this may be met with mixed opinions, it should reduce some of the more abhorrent things from being more widespread.

I can’t save everyone, but I can try to reduce the damage.

Been a busy day. I lit a few candles for a friend of mine I’ve been thinking of a lot for the past few weeks. Well, that could apply to several, but lit petitioned, charged, and lit three candles for them. I don’t have a picture that doesn’t show the spirit combination or their name, so no picture.

I was thinking of Madame Pele though and don’t know why. She is one of the entities I sing to on my commute, so it’s not like it’s been a while. Regardless, I perched a coconut half on top of a candle holder and lit a joss stick I got while there. 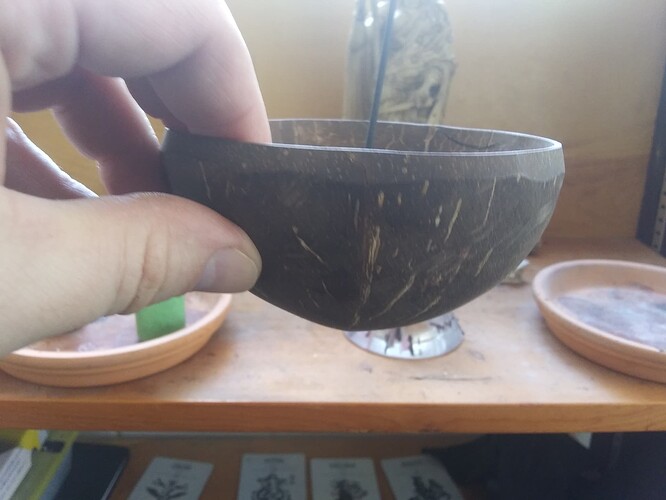 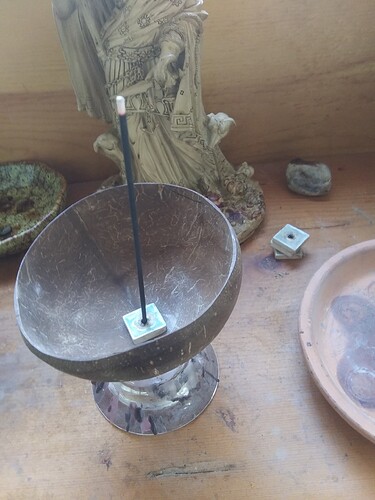 Candle for a friend. Belial said he didn’t need to direct it. Fair enough. 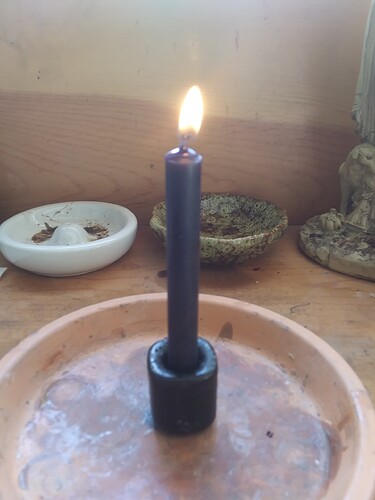 Read an unfortunate headline. I’m not big on people shelling refugees. I’m sure it’s all fun and games until magicians get involved. Must really suck to be hit by shit outside your control. Not dissimilar to tje cruise missiles where I was. 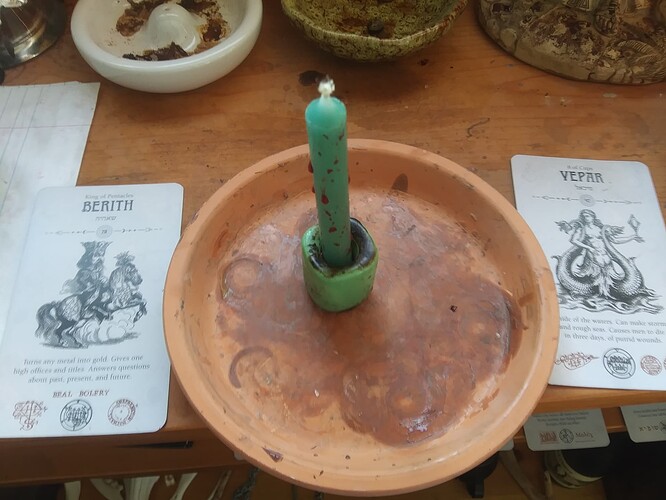 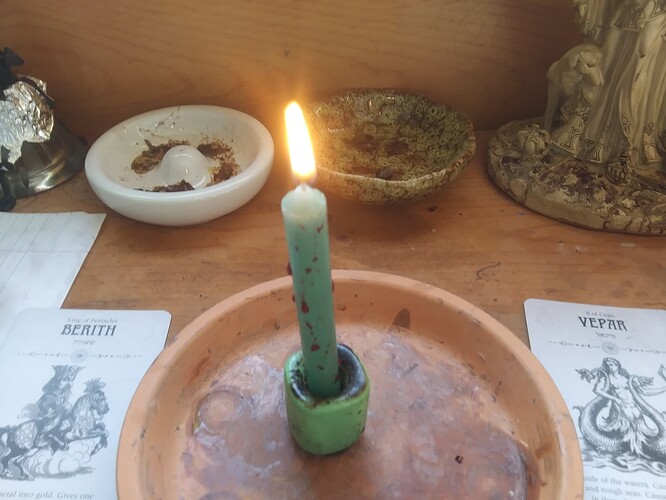 Going to be a bit off-grid for a day or so. My sister’s fiance had a seizure, aapirated his vomit, went into cardiac arrest in the ambulance. Tjey cracked his chest to revive him.and he’s not responding well, but fighting.

So, I’ve already started my workings. 7 Entities on the way. Doing direct work, too. Taking a break. 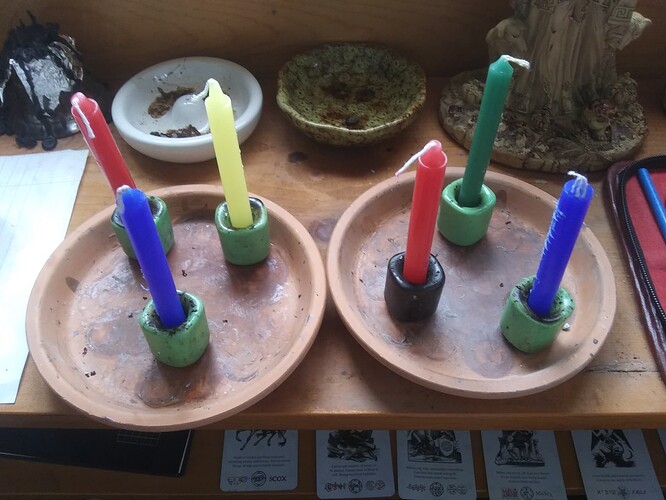 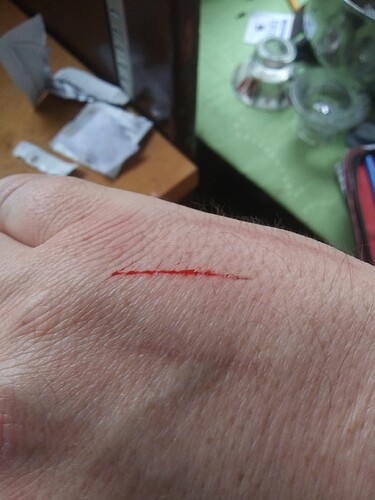 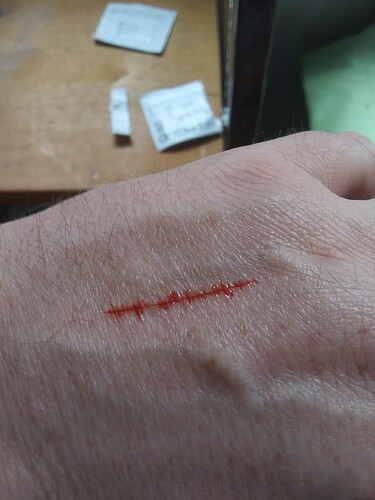 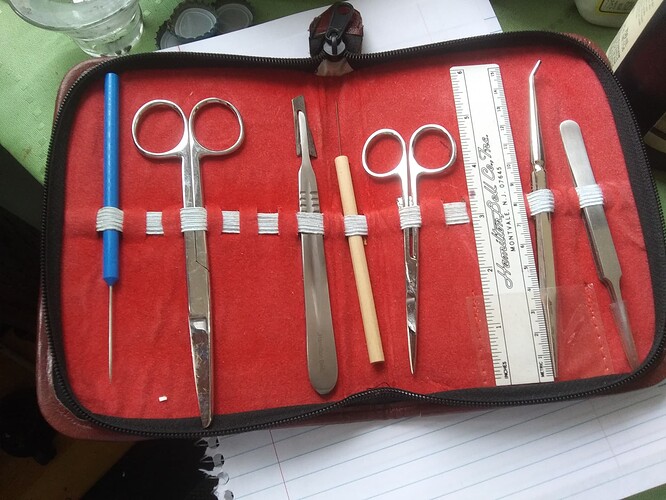 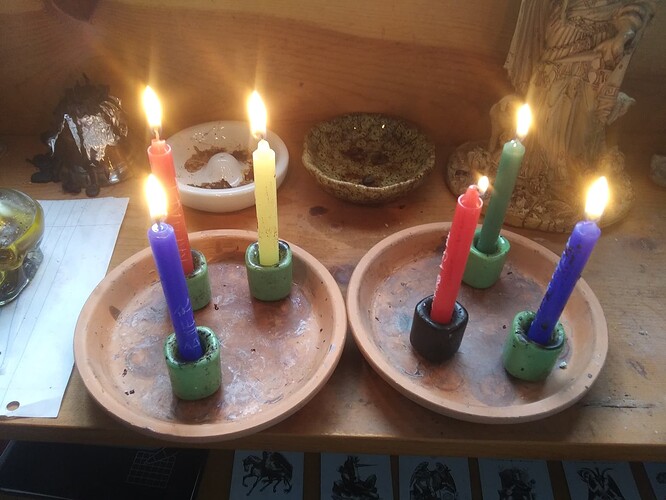 And, Baal came for his rejuvenation and renewal capabilities. 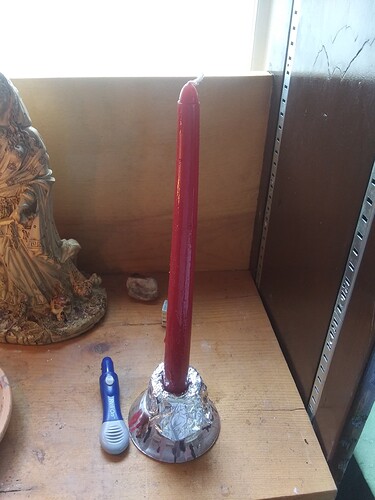 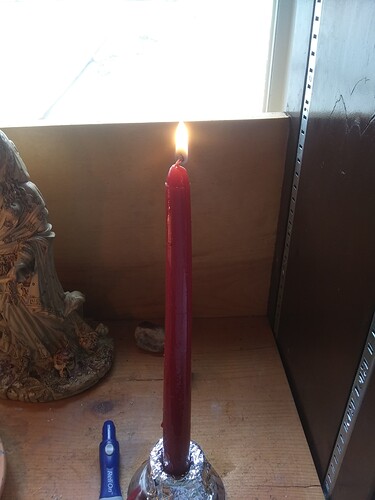 I took a page from my recent workings and bound him to me. Which is why I’m pulling in energy, converting with intent, and sending it along.

His energy profile is much more substantial at the moment, so I sent some to some friends that needed some natural healing via Nature. My work on bringing it in amd pumping it out more fluidly, whether inhaling or exhailing, seems to be paying off. If you’re going to use something numerous times, may as well try to be good at it.

There IS such a thing as too much energy at a target. You may have noticed Marbas’ name isn’t there. He said he didn’t think he was needed. Fair enough, my Lord.

But I’m connecting to the Earth and letting the energy flow. I want to keep my BIL topped off. Why waste it?

Marbas is. taking the excess energy and distributing it where needed in the hospital. Thank you, my friend. Hail Marbas.

Unfortunately, he didn’t make it. I was already going to be back in Indiana for a remembrance for my step-brother-in-law this weekend, but I’ll be with my family while my wife is with hers.

I knew that several organs had failed or were failing before doing the ritual. I was realistic, but hopeful. You can do everything right, but sometimes, it just isn’t enough. So, I made sure he wasn’t going to be stuck here. Wish I could’ve met him.

Thanks, man. I appreciate it.

Sorry to hear it man

My condolences norse. I know that losing someone you care about difficult. I’m sorry for your loss.

If you need a friendly ear to listen I’m available.

Thank you all. I appreciate the support.

Tomorrow will likely bring some conflict, so I’ll be doing some energetic work before they start arriving to try to contain it. Some of the people are just looking for it, have that personality.

I may not be in my ritual space, but that’s just a nice to have. It’ll be a nice outlet for my social anxiety.