I’ve been noticing when I’m very relaxed… During my professor’s lectures I’ll see a thin outline around people. It’s like a blur of light behind them, not sure how else to describe it. Now is this something spiritual or just some phenomena with the eyes? Any thoughts? 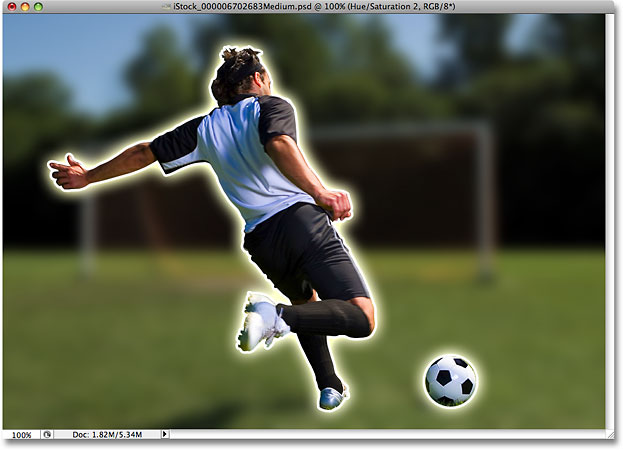 Sort of looks like that the glowing outline except it has no color just a static blur.

It can be done by defocusing, and can be done actively by the eyes.
However, it Comes more from your Astral skills when it happens without defocusing,
like from being bored for example.

It can also indicate, that you read / learn from the Athman of the Person, rather then just his words.

You’re seeing their aura, their etherif aura, if you practice trying to see beyond that static band, colors should start to bloom

Interesting. Thank you for your replies guys. I also have noticed that sometimes they have these mass auras behind them. This one guy in my class has a large outline around him. I thought that was interesting. My professor who is into meditation and spirituality, has a surprisingly unoticable aura.

You can practice this with animal and plant life. Trees make for interesting practice when observing energy flow.

Any other ways I can strengthen it? I still can’t easily communicate with spirits i pretty much have to be in tgs. I want to get to the point where I can say “X come” then they’re there. After that I want to be able to seamlessly communicate you know? Any ways I can progress this faster now that I can see auras?

Think spiritual muscles. Heavy workout with proper recovery results in better progress. If you have a system you practice i would say DIVE DEEP the work of the rituals and exercises involved will develop these skills as a result.

For me i have alot of practice with elemental energies and some with planetary so i can work with and perceive it much easier than the energies of some spirits as it is usually more complex.

I second the aura theory. I see them like that too (except I don’t have to relax my eyes).

I don’t either. I was just looking normally. This has been happening for about a month now

It gets a little freaky when you see that glow moving towards you before the person shows up. Like some sort of psychic radar. When I first saw it happen I thought I was seeing ghosts.

Very cool. I’m excited to see how this progresses.

I have seen same thing around people and objects too and yes I do believe we both are seeing the aura,though it is very light sight yet.

Any other ways I can strengthen it? I still can’t easily communicate with spirits i pretty much have to be in tgs. I want to get to the point where I can say “X come” then they’re there. After that I want to be able to seamlessly communicate you know? Any ways I can progress this faster now that I can see auras?

“Be careful what you wish for.”

After having said that,
it is indeed possible.

I wouldn’t recommend staying in that state completly,
since at a certain Point it becomes difficult to comunicate at all,
without rippling effects.

To Train it, do Tower Ritual’s (Expanding your Concious field / Astral Body, by Breathing in your enviorment, also Train your perception so you can hear into far distance. ( Through a few walls worked very good for me. a Range of 15-100 meters / miles should be well enough. Since after a certain degree, it becomes more work to get the Control back and become able to just simply sleep again. )

Hearing will then, at a certain degree, Access the Field of Thoughts.
You’ll simply KNOW, what others think, after a while of Hearing thoughts.
The knowing (intuitive) State is much more desireable, as having tons of different voices up,
all at once, becomes very difficult to stand, after a while.

Pay Special Attention, to Hearing the “collective” “WE”-Voice.
It’s a Little like a Be-hive, or the Borg from star treck.
At that Point, you Access the so called “Krishna or Christ - Conciousness”

That Point - as Long as you aren’t directly working as a professional Medium / Spirit Healer - seems to be a break Point, where you Need to gain Control back.

Edit:
[ If you Need to Access that field of conciousness again, after having developed it the first time, Invokation of Chorozon has been proven to work.]

To do that, you can use the “I am, that i am” (YHWH) Tetagrammaton.
It’s the generic base Code for re-building Conciousness / Ego.

To activate it, start speaking it, become faster until you can only think it.
When you can only think it, get faster until all letters are consumed, except one.
You end up with an I for Identity, or an A for Being.
The I is Ego, the A is Athman, also known as Soul.
( ending up with the A means directly jumping ahead to the Empty mind of Ghouls, Vessles, Horses, Bodysatvas, while ending up with I means recovery if Self. a recovered self can still be transformed into an Bodysatva A. The other way around, a Bodysatva can recover the Identity, by traveling inside of itself, into it’s acashic records.)

In the Phase of transmitting thoughts directly into other Humans, and from them,
be careful a Little bit, becouse many People consider it a huge fraud to be mentally read.
It’s one of the downsides of the skill.
People can get very frustrated, when overly predicted by an outside Person.

Oh and be careful about accessing Persons living in other countrys, aswell.
It can be very difficult and anoying to confirm Things on that scale.
Also, it can be very difficult to recover from Multiple Languages,
which on a Soul Level you do understand, but sometimes Translation into Concious,
becomes difficult.
Translating Emotions / Languages which are unfamiliar, sometimes takes tons of Energy,
as well as shitloads of time from your shedule.

! “Generic base Code perked me up a bit”, anymore info on this? Can you hone in on one person’s thoughts easily after going through this? What helped the most besides shamanic/spiritual experience?

Basically, Generic base Code means a comparising to Computer Software, since lack of better way to communicate the manner in an understandable way.
In that sense, it comes close to flashing the BIOS (Basic Operation System, which is needed to drive all other Software upon it.)

And, to say it more precisely: it becomes quite difficult to NOT hone into the surrounding Persons thoughts and emotions after the ritual / technique.

Basically, after that you still have access to what was before, but you put a new, white layor of paper ontop of the allready existing book of your personality.

By choosing to start into a completly new direction, the old stuff get’s capped out more and more, until eventually it’s gone.

The easiest way, to go through a full transition with this, is using the technique directly before, or after a big life change, as for example a change of flat, or Job, or Relationship.

However, i wouldn’t advise to repeat the technique several times.

As with every time it’s being performed, the Brain needs time to adjust to the changes.
Also, it leaves a part of unresolved matters behind, which can become an obstacle, if forgotten completly and flashing up at a undesired point of time.

After this years Rituals and Workings, i kind of had that backlash in critical area’s of my life.

Once doing the ritual is there any going back?

Not as far as i have encountered.
It is inner Alchemy.
It transforms who,
and what a Person is.

I mean, yes to a degree, you have lots of choice where you want to invest yourself and what’s importend to you and stuff, still, after the ritual.
But recovering something that you completly whiped,
rather unlikely to happen.
At least from what i’ve seen by Dante Abiel.
He considered 7 Days (a full week) of Working,
to be completly blocked out of his Memory.
I don’t know if he practised the technique,
as i haven’t looked into it.

I would say,
when the working is through,
it becomes a new Building Block,
upon Things are worked out further.

What enhancements to magick and other aspects of your life do you see after this happens? Sorry for the billions of questions