The Truth about Baphomet

“Lévi combined the images of the Tarot of Marseilles Devil card and refigured the ram Banebdjed as a he-goat, further imagined by him as “copulator in Anep and inseminator in the district of Mendes”. Baphomet (/ˈbæfoʊmɛt/;from Medieval Latin:
Baffumettuss,Baffometi; Occitan: Bafomet or Bafometz) is a deity that the Knights Templar were accused of worshipping, and that subsequently was incorporated into occult and mystical traditions. The name Baphomet appeared in trial transcripts for the Inquisition of the Knights Templar starting in 1307. It first came into popular English usage in the 19th century during debate and speculation on the reasons for the suppression of the Templars.”

Based upon this finding I’m starting to come to the conclusion that Baphomet is indeed the Egyptian deity Banebdjed combined with the Devil Tarot card. According to this source: (https://ancientegyptonline.co.uk/banebdjed/)

Banebdjed had both a feminine and a masculine depiction thus contributing to the breasts and penis found on Baphomet. The Greeks referred to him as The Goat of Mendez thus contributing to The Knight of Templar’s false idol they created. Banebdjed is actually a ram and not a goat. This polymerization of the devil tarot card and Banebdjed is very misleading and I’m so glad I came across this information. I’ve been going around saying Baphomet is my patron and now I’m not sure what to think. Baphomet is obviously an egregoric entity created through the polymerization of a deity and a symbol. I know for a fact that I couldn’t have an egregore as a patron deity but I’m also curious about whether Banebdjed could actually be my patron since he technically is the origin of the false idol Baphomet. As of right now all that I once believed about Baphomet has been shattered and I’m glad. I’d rather have a complex and hard to process truth than a simple and sugar-coated lie. I’m kinda shook lol. I think if we keep coming up with false idols and aspects of Baphomet , which is already an egregore , we will create more and more egregores. Eventually we will grow further and further from the truth. I’m going to continue researching on the information above. I would also like to apologize to Banebdjed for spreading misinformation. I know I didn’t do it intentionally but due to the fact that Baphomet is a demonized false idol and deity created from polymerization with him and a tarot card I’d like to pay him respect. If anyone could provide me with any insight , clarification , wisdom , verification etc etc I’d appreciate it. Also I’d love to be directed to some information about Banebdjed here on this forum. We as occultist need to stop taking deities and polymerizing them with tarot cards , occult symbols , animals etc etc because it causes confusion and takes us further from the truth. This is no Yu-Gi-Oh game nor is it a Pokémon laboratory. We must keep deities and occult knowledge pure. If you disagree go ahead but if you agree please like and comment. My mind is boggling with confusion right now but like I said , I’d rather have a complex truth than a simple lie 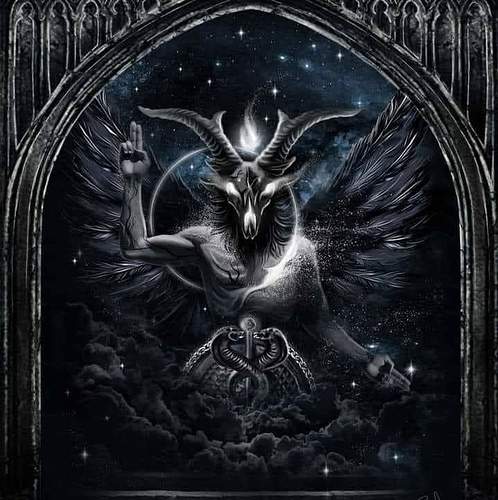 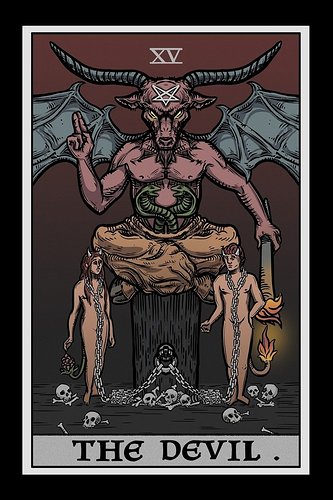 I recommend the book - Baphomet: The Temple Mystery Unveiled, the author covers pretty much every known source of where Baphomet may have come from, as well as many extrapolations on theories. Including the one written here.

Would you agree with what I’ve said above?

Honestly, I think you were right on many points but do I believe Baphomet came from Banebdjed, I don’t know. Perhaps Levi completely invented the image as a Key to the symbolism of Hermetic Occultism. Perhaps the image already existed and he was just moving it forward. As you claim, Baphomet is an egragor, because so many occultist energize that image. I always held Baphomet as being a magickal formula, not a “god” in the old sense. Aligning yourself with that formula/god is not a bad thing, it would teach you a lot, it would open up a lot of pathways in your mind and development. Most gods and spirits can be seen as magickal formula’s as opposed to conscious beings, but that doesn’t mean we can’t interact with them!

Formula as in a concept …? Correct?

And maybe more. All the hermetic principles are probably found within the image.

I’ve been going around saying Baphomet is my patron and now I’m not sure what to think. Baphomet is obviously an egregoric entity created through the polymerization of a deity and a symbol. I know for a fact that I couldn’t have an egregore as a patron deity but I’m also curious about whether Banebdjed could actually be my patron since he technically is the origin of the false idol Baphomet

Entities are not static, or one dimensional. They are just as complex and multifaceted as humans (if not more so). If their influence wanes under one name or form, whose to say they wont just take another?

Baphomet’s domains are different from Banebdjed’s though… Not only that most believe Baphomet is an egregore. Why would Banebdjed take on the form of something that doesn’t have a validated history or existance?

I personally do not believe the Egyptian God was Baphomet but then again to me Baphomet is a pagan/gnostic idol concept that came around in the 14th century. This doesn’t exactly out right say that God was Baphomet if anything it’s just speculation brought on by someone merging it into a tarot card.

This is no real difference then some people saying “yeah this entity is this entity because they both got serpent concepts about them they must be the same” it’s baseless forced connections.

So what’s the truth about Baphomet? I’m tired of being ran around in circles. What’s the truth , what is Baphomet and why isn’t there any valid sources saying that they are real?

Im just saying go with your intuition and explore it independently. If you find theyre different, than thats that. I have very little experience with Baphomet and none with the Egyptian diety so what do I know. I see no reason why a God is tied to one name or form though

is connected to Mother Earth. Is loving and loveble. Meditations are always highly filled with energy. There where Baphomet is summoned the nature grows powerfully. Even normal people, non witchery related notice the positive effects. Baphomet is a healing deity.

There will probably not be any definitive Truth of the type you are looking for. Why does it matter? Hell, entire occult groups have been formed around pantheons of egregores with tons of success. Though in my opinion an egregore and an “authentic” God are enough alike that it makes no difference regardless.

I wasn’t exactly talking to you when I made the comment, it was towards the general OP topic of Baphomet and the Egyptian God. Intuition is fine but research matters to. Just as Azazel for example has UPG gone by many names and research wise he can be traced back to sumeria with the names still in tact.

Going purely off some LHPers desire to force beings together will end in ruin in my opinion, Baphomet has no history being tied to this God but the God in question is also obscure themselves.

One minute they are an Earth deity , one minute a vampiric dark goddess , one minute a demonic deity of knowledge … What’s the truth? What you’re saying about Baphomet has no sources whatsoever nor did my previous perception of Baphomet.

Im replying to what you said because I think my response can be useful to the OP or other readers… I know we’ve talked about this much before.

THERE IS NO TRUTH, get used to it. Everything is true, nothing is forbidden.

I don’t really remember talking to you but no matter.

I believe in definite truths, however, I also believe in subjective truths.