“YOU ARE THE GREAT PENTAGRAM AND ALL THE SIGILS ARE WITHIN YOUR BEING.”

For me, Magick is a part of the wizard’s own being. Every method used to perform
Magick is nothing more than a way to achieve the True Will. 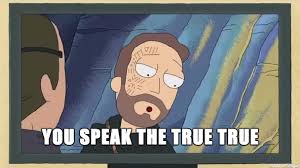 I agree with you… but what’s the false will ?

Can you give an example for that ?

It’s my will right now to have a cup of coffee … is that true will or false will ?

Ahhaa, microcosm is a good viewpoint to ask that question with. I was thinking more macro in scale. Like large groups of individuals pushing an agenda based on subservience to propaganda or nationalism, i feel is people acting on a false will that is derived from the ego of those pushing that message, and plays upon the fears of those hearing the message.

What if large group of people, let’s say hundreds of millions, with the same false will, worked together as one … would that false will become true will in this case ?

Hmmm… i think if that many banded together, the True Will itself could change?

Would having that many in unison be possible if true will werent involved?

The point is not knowing what the false will is, but knowing that even the True Will also one of the resources that the Magician uses to perform the magical act.
In the end, False Will and True Will generate one another. They do not exist independently of each other.

That’s the question. What makes a will, true or false… the strength of the will or something else? The only difference between the will of the individual and billions of people is only matter of power, the force behind the will. Not the will itself or the subject of the will. How many wars in history started based on false beliefs ? How many of them achieved their goal ?

IMO… Will is a power. We can argue about the desire behind the will, or the result we want to achieve. But the will itself… is just power, energy, and energy cannot be true or false. There is only one option for energy. It does exist or it doesn’t exist.

If this is true, then in my opinion, magick would be a system to channel that power and gives form to that energy. or cause change to occur in conformity with will.

Absolutely agree with you… except the “false-true will” part. I believe that there is only one will. And as you said, it’s one of the resources used by the magician to perform the magickal act.

I agree with you… but what’s the false will ?

Hm since there is no right and wrong,
the “false will” is like “false belief”
-> its something that should work for you,
but doesn’t

“only one will”, this is beautiful and powerful!!!

In my opinion…The desire behind the will could be based on true or false belief. But the will is just energy, a force. If we channel this force through the wrong medium, the desired result wouldn’t be achieved. Not because the will is false, but because we didn’t use the correct medium for it to manifest the desired outcome.

Some people believe spirits really exist, many others believe they’re just subconscious projection… but if both wanted to contact a spirit, and the evocation ritual is performed correctly, both will have successful connection or communication with a spirit. Regardless of their true-false, right-wrong beliefs. If the ritual was done incorrectly, the outcome wouldn’t be achieved even if the will exists and regardless of their beliefs.

In my opinion…The desire behind the will could be based on true or false belief. But the will is just energy, a force. If we channel this force through the wrong medium, the desired result wouldn’t be achieved.

Reminds me to what cosimano said about the intelligence that is life:
it has no values. Throw at it anything, and it will just do.

“the force”, to speak in star wars terms,
has no light or dark side, it just is.

The part of the ritual always messed me up a bit. When I let it flow and become one with the object of my desire, I can perform the magic act. Some people waste a lot of time on ritualism and end up becoming mechanical and theatrical. Not that this is the case with every person and every ritual, but I spent many years of my life without being interested in magick because of these excessively ritualistic people.

The truth you realized is the heart of magickal arts…the core principles that makes it all work or fail. I believe that huge parts of the ceremonial rituals were designed to hide this knowledge and keep people away from it. Until recently, practicing those traditions, religiously, for decades was the only way to learn and understand those hidden laws and principles. But modern science started to reveal the secrets behind many spiritual truths… people started to connect the dots and practice magick with completely different view. Hopefully, many will follow, and magick will become a spiritual technology that anyone can benefit from.

There are 3 main methods to magick.

The second version just forces your will upon reality. There’s no true will, just the true self which is source also called many names like Buddha. You don’t really need rituals or tools to perform magick…as magick is a natural force of the mind. All things are mind. All magick is to impose your will upon other minds for feedback within your environment. Using a ritual can be helpful if you want a greater, lasting affect. Because, you’re imprinting your will on the mind of the tools. Or, the energy of the tools. Each of those three categories I mentioned has it’s weak points. Energetics will mainly affect an area, or a group of people…but only effecting their own energies. Conscious imprinting will bring you results but you must always remain conscious of your target…this is when meditation comes in handy. And as for spirit…well most everyone here is already doing that… evocation. Best of luck in your ascent guys!

Sorry the whole, false-true will, thing was confusing me… But to put it simply… I think the true will is like when you want to workout, and the false will are the excuses not to workout…so you end up doing things straying from your true will.

I feel false will would be doing what you think other people want you to do. What you feel is expected of you. Knowing what your purpose is and going against it. Lets say you love to sing and want to be a singer but you never try to fulfill your dream and you just work a dead end job your whole life.

In magic terms I personally like sex magick and also being a wife and mother are very important to me. I could push myself hard and seek power but it doesn’t feel natural. Seeking knowledge and educating my children feel the most important. I feel the nurturing aspect is my true will.