The Thread For Single People (18+ and Over Only) Adult Language

I wish for both of you lots of happiness and the blessing of Jesus, Lemmy and our beloved Sexdictator Lucifer

Amen. The Magus of Plagues have spoken.

Alright, tinder was a piece of cake so I don’t see why I couldn’t try here.

18, student. Hobbies are learning Spanish flamenco style guitar (not despacito) and boxing, along with cracking open a Modelo after a long day.

I’m a man so women only. Milfs are more than welcome.

You must introduce yourself before posting, plus I don’t know why nowadays there is an idea that men who like other men are not men, which comes from both sides of the spectrum

Welcome @c4nelo Please do a proper introduction in the NEW MAGICIAN AND INTRODUCTIONS area, and tell us about yourself and any experience you have in magick. It is a rule of this forum.

At least this isn’t a failed group spellworking.

It would be a disaster, how many people are actually good at casting love spells? I know more people in my environment that are good at baneful magick than people around the world that are good at love magick, even in this forum there are many people asking for love spells but very few stories of success in comparison, even with the entities that are often recommended. However, the reasons of why love spells fail have been discussed in other threads, and they are very logical if you consider that love spells are a form of psychological torture. Speaking about my environment, I’ve seen more success in love magick through being so dedicated to the demons that at some point they find you a romantic partner as part of the service, but that doesn’t ensure that the relationship will be long lasting

Goose creek here Male we should hang out sometime

That would make the landscape less depressing. This is the only community I’ve been into where people care so much about that subject in a direct way, in other communities users struggled with loving themselves so, in theory, others would love and desire them as a direct and logical consecuence of their ammount of self-love that was actually desperation for being loved by others, and in other communities there were almost only married women desperate for all kind of psychic readings because their cosmic scheme of cheating went out of hand, and they were not just one or two

Want the spellcasting challenge of your life? I’ve had about a dozen marriage proposals…all from the wrong guys!

My love spells have always been successful. I have only ever done general spells though. I’ll cast to bring someone to me, and let whatever happens, happen. I’ve never targeted a specific person.

However, I haven’t cast one in over fifteen years now, as I have never felt the need to. I just go about my life, and women seem to like me anyway, for some odd reason I’ll never understand

Why won’t you let me taste your secrets?

They aren’t secrets if others know them.

General spells always are more likely to succeed in comparison to specific ones since there is more room for manifesting, however, being too general may bring something undesired. In order to keep a balance, I started doing the spells with my succubi,sometimes they brought me what I liked and they guided me, they knew that by doing all those stupid things there would be success, but during the process I often realized that I didn’t want the person enough to spend time and resources that could have been spent in a more productive way, and besides, I already had the love of my demons and sex is an abundand resource, I think the overall mistake was because in my culture there is still the idea that links sex with “love” in an obligatory way, “the magic of the conquest”, at least in the upper-middle class, so people don’t realize immediatly that hookers are cheaper and more safe than a random discoteque woman (couldn’t say the same about male hookers), less they realize that one can summon demonic waifus and husbandos that can get very physical. All those experiences prior to discovering those easy ways of getting what was actually important to me had a side effect: I got to know a lot of people in the process in an intimate way, thus over the years I started to deeply dislike the women and gay men of my country (straight men are often excellent people, but they are straight), but I love people from other countries, there is an absolute chemistry that makes sex magick wonderful with them. I see all that happened as a big lesson about my own nature.

Note: I often call the two succubi + incubus “my succubi”, since they are two girls and one guy and he likes wearing French maid dresses

It would be a disaster, how many people are actually good at casting love spells?

Exactly. Now you’re getting it.

I wonder who the lucky lady would be.

Since I don’t target specific people, it would be whomever the forces I call upon decide to drop on my doorstep 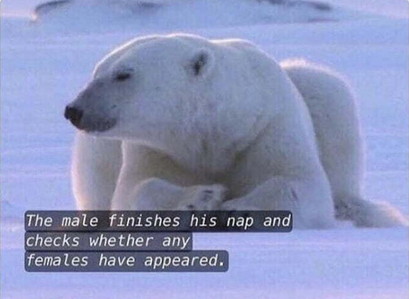