The sage or mountain Sage

Sooo … here’s the idea …
i saw someone burning a roll … after that there was no spirits around or energy or anything just something like pure light … and the session went to powerful for everyone.
after asking he said it’s a sage … i didn’t understand what is he talking about … but i want to learn more about it … how it’s made … what kind of plants that i need … more and more and prefer to be a book about it and how to make it.
any ideas , btw i’ll put a photo of it and it’s bowl if my words wouldn’t make this clear enough to understand me. 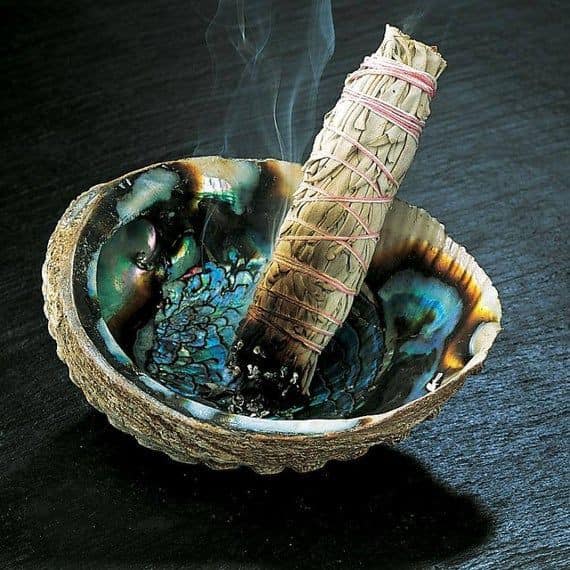 It’s also known as tea. It has lots of uses

any idea how to make it ? or a books that contain such info ?

Yes it is a plant called salvia. You need to plant it and than put it to dry when mature. After that use It as tea or sage

@Angelb1083 any lovely herbwitches around?

oh Salvia … i’ll do my research then … does it belongs to herbal books ? like witches herbs ?

also do you have any photo of it ?

have any photo of it ?

This practice is commonly known as “smudging” as of late and the picture you showed is known as a “smudge stick” or “smudge bundle”. It is essentially a cleansing ritual that was performed by some (but not necessarily all) first nation tribes in North America (I believe mainly in the Northwestern, Eastern and Great Plains regions were where it was commonly used but i am unsure). It basicakky involves burning specific plants to produce smoke used to clean the body and “spirit” of the place along with prayers. The type of plants used depended on the tribe and what was being done in particular. Other cultures outside of the Americas had similiar practices with other plant materials, such as Frankincense in the Middle East.

As far as the example you have provided, that particular kind of sage is Salvia Apinana or white sage. Not the same type of sage used in the kitchen spice rack (and I really do not recommend trying to burn that as it is not as pleasant in smell). There are youtube channels on how to make and dry a bundle. If you want to go an extra mile, try growing the white sage yourself if you can, as there is more to it than just burning the plant for results. There is a relationship between the person and the plant being used. It is okay if you cannot, but i have found it worth wild to try to cultivate the plant itself if you are able to.

As far as other plants that are often bundled like that, the ones that come to mind are cedar, pine, desert sage, and mugwort.

thanks for your informations and your time.

No problem at all. I would still do your research but hopefully some of what I said helps to point you in a helpful direction.

it did helped me alot,
i’m thinking about herbal witches books to understand more about plants and what it’s used for, it’ll be great to know that something might help that way,
cuz i’m not that new and it was hard for me to get that energy for my work.
so if herbs are helping ! so why not farm a land full of plants it has been a hobby for me but i didn’t know that much about it’s uses !

Yes, it is quite astounding when you think about it. There is a lot to be learned not by just using but by taking care of plants in general. There is quite a bit of wisdom that can be observed over time by watching how they grow, defend themselves, etc even if the plant is toxic. It is part of the reason i grow pokeroot and belladonna, which are both highly toxic. It is that relationship that can really inspire magic and gives power to the working, as well as developing respect for the plant as a living being and an ally