The other brides of Samael

Has anyone tried to evoke or invoke the other three brides of Samael; Agrat Bat Mahlet, Eisheth Zenunim and Na’amah?

If you have had any contact with them, can you share your experiences? Why did you decide to do it? How did you do it (type of ritual, type of prayer/chant/spell used)? What was it like? Whats your opinion of them? What was the result? What is your relationship with them like and how do you communicate?

I’m trying to learn more about them, so even if you have any information about them or useful tips for communication with any one of them, please share. Thank youuuu

Why haven´t you you tried that yourself. Don´t get me wrong, I´m not shitting on you, I´m just confused since as a magician you should atleast try. Besides, knowing what it feels like to be around Na´amah, I have to say that I don´t know about the other two. Don´t let uncertainty be an obsticle in these matters.

Oh I haven’t tried because I like to study and gather information about them first, so I know what to use as offerings etc and I have only really discovered that they even exist about two days ago, so I’m very new to them although I have tried to study as much as I can, i would never simply rush into something unprepared and wanted to see if any members here mentioned something I might have missed or not known. Also I was intrigued about other people’s experiences, so I could view them from another’s eyes and maybe find out aspects I have yet to learn.

Well, try to evoke them first and then communicate with them, with a pendulum. That helps usually. Well, then I can only talk on the behalf of Na´amah, she has similiar energies to lilith although less confranting than liliths. I personally don´t consentratre on the colors, incenses and such that the spirits like. Thee reason for it is simple, I make my dedication to my workings with Na´amah in a more different way. It´s enough for me to aknowledge that Na´amah doesn´t like sage at all(atleast what comes to incenses).

Thank you for the advice, I think I’ll swap using a pendulum for my tarot cards instead or gazing into a crystal ball because I’m more experienced with them. What made you first get into contact with Na’aamah? I think I just wish to evoke them to simply learn more about them, see what they can teach me and see if I strike up a good report with one of them. Thanks again for the words of wisdom 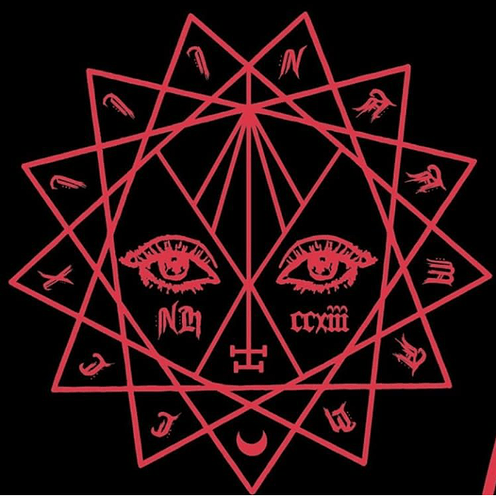 That works too I guess, personally drawing that into a pice of paper is a pain in the ass but it still works. I actually started to work with Na´amah after starting to work with lilith and I have been working with Lilith for the longest time now. Also, you can call upon Na´amah through Lilith. I´m not sure if you can call upon Na´amah through Samel, i´d guess not. Only thing to really say is that Lilith and Na´amah are on the alignment of liberation, sexuality and (sexual) vampirism. Those are the things that are appreciated and what I know of Na´amah helps with self love in addition with lilith. I don´t quite know of the other ones.

Awesome, thanks for helping me out, I’ve already got a lilith sigil drawn out so I’m gonna copy that one out now for Na’aamah so I’ve got both in frent of me when I need to focus. I’m gay so neither are my type to get me all worked up, but I’m sure I can work up the courage to show some self love as an offering. Really appreciate what you’ve told me, I’m excited to do it

I’ve always wanted/planned to evoke Lilith, but am working through my evocation needs slowly I guess. Once I read someone’s post about Na’amah and then dreamed of a zombie-like woman with dark hair rushing towards me. I’m gay too but the first time I tried reaching out to Lilith with my mind I had a pretty hot sex dream of being with a woman in the shower xD

Yeah I think Lilith has a highly sexual energy when she’s present, depending on how she wishes to appear, as I when I have worked with her I’ve asked her to come any way she wishes, whether as teacher, Queen, mother, friend, wife or lover. Once Lilith is present, the energy and atmosphere in the room goes through an instant change, she really does make her presence known! It’s quite amazing, leaves me with eyes wide in admiration for her

Maybe I’ll evoke her next then. Lucifer came really strong to me presence-wise, it was breathtaking palpable intensity.

The first time I mentioned Lilith in a prayer I felt a strong wave of sexual energy, the second time when I was consecrating a sigil of hers I felt her presence differently and she sent me visions of a muscular man with beautiful wings, who I assumed was Samael as if she wanted to introduce me to him. I want to get to know her more and hopefully her sister Na’aamah as well