The Lake Of Fire

So I’ve seen a few people have done this ritual but nothing much else has been posted here about it.

I’m looking for "what have been your results since then?

How long ago was this performed?

What where the after effects?

What is different than before?

What changed in your magick?

What has evolved in your Ascent?

Has anyone measured the Temperature of the lake of fire, is there a potion to drink before i go into the lake of fire so i dont end burning like a crisp and end up looking like a piece of charcoal, so if there was a sutch a potion ever created it would enable a human to travel to the surface of the sun and not, without blistering, well man have come up with fire retardants protects from being burnt by fire so i cant see way a fire resident can’t be invented, okay, i give a eg. Now we live on earth 90 something million kms from the sun it wont happen in my time how long into the future will the sun will start to supernova where the will start to grow scientist are to busy with there finger up there ars worrying about other things, o it lets say 100,000 years into the future the sun is not expanding The planet Mercury is gone, i myself would say from the time the sun starts expanding it would probably take 100 years i think it would be a slow process so Mercury gone, its Summer on earth todays temperature probably be 120 degrees in the shade, in winter 40 degree C in the shade, and scientist haven’t bothered about Lake of fire potions. 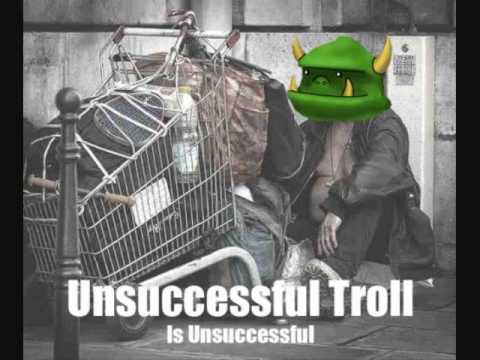 Yes you are right well done, you are a credit, yes i do say God was a unsuccessful desert troll 10 X 24 gold stars keep it up.

Hear you go Lake of fire on earth this is what the Lake of fire reminds me of i could do it standing on my head it reminds me how hot Hell get, another glorious day in Hell tha is paradise like they say beutiful day in perfect the next this is the example of what hell i will be going to in the after life i bet alot better of there heng out with Satan, get a good sun tan.

So who the unsuccessful troll.

I’m looking for "what have been your results since then?

How long ago was this performed?

What where the after effects?

What is different than before?

What changed in your magick?

What has evolved in your Ascent?

It’d be nice if someone would answer his questions instead of arguing over who’s a troll.

I believe @Eye_of_Ra has some experience with this?

My experience with the Lake of Fire…
this might be a book.

My first experience was when Azazel tied me to a cross flipped it upside and dropped me in it.
I think that time was more of a face your fears. …being raised Christian thats the main thing they hold over your head.
There were several times after that Azazel would throw me in the lake. He said it was a purifying process. I would stay in until I emerged as nothing but a bright ball of pure light.
Usually after an experience of being dropped in the lake and emerging a new. I would then move to another level. Or recieve some insight.
As for how hot …hot enough to burn everything away but your true essence. mine being light.
I never drank anything before entering the lake. I know some make an elixir of sorts.
Not sure if this helps but its my experience.

probably about six months ago was my last emersion.

Also note: I never did a ritual…I just got throw in…

From my experience it’s going through countless pain and suffering, but it’s like a self punishment as well as a stripping of weakness but it changes you on a astral alchemical level. I’m sure that @Eye_of_Ra experienced her astral body, psyche and energy completely change as if you still carry the scars of the flames that swarmed around you.

You fall in the vast suffering and painful defeat to rise as god, to take strength, to be renewed, to be empowered.

This ritual is a empowerment, a purification, a reincarnation, a initiation etc.

I was carried by the legions of Azazel and Azazel laughed as I burned, when I asked him why he explained.

Like @Eye_of_Ra said thought it also is a test of your past beliefs about hell and demons, but this ritual changes you on so many levels.

It changes your body, mind, energy, psyche, spirit you name it and it changes.

It was one of the greatest experiences I have had.

@C.Kendall, Azazel used to enjoy hearing me scream…but we also had a D/s relationship so I never thought much about it.

I know I always emerged clean and bright. Like everything had been stripped away and I was stronger, and able to move into a new phase in my ascent/and or path.

arianna about hot enough to burn everything away, the youtube clip Aftermath red giant, p4 of 5 is that a close enough to what you mean i only was showing it as a eg. Of a Lake of fire, well Lake of fire hot, so i thought it be good to share.

What has changed for you since? What is diffrent? How has your accent evolved because of it?

It gave me a better understanding of the infernal realms, i have become better at working with demons and djinns.

I may have been shoved in a few times haha occasionally when I soul travel (or try too) i end up on a cliff and I just get kicked into some lava so I dunno.

See everyone who i’ve talk to about this in depth always mention the cliff.

Iv taken it as either I need to do it

Or it’s another vision smh

But yea it was back when I was still iffy about working with demons and he said something about “is this real enough for you?” I think I only heard it the first time it was awhile ago