I didn’t want to take away from anyone’s personal thread so I thought I’d start a general thread anyone can jump on the bandwagon. So, today is an anniversary of many returns of my birth or whatever Winnie th Pooh says. 11/21/1974 and it’s my 44magnum birthday. Say, such a fine pistol was not a gift. A lot of shit has happened this year. But first off, I learned I am born on the Scorpio-Sagittarius cusp.

The Scorpio-Sagittarius Cusp: The Rebel Seer

People born on the Scorpio-Sagittarius cusp, between Nov. 18 and 24, share characteristics such as boldness, a readiness to act, and mainly, honesty.

I wasn’t aware of that. I just thought I was near the stinger end of the Scorpio tail as different years and colanders never agree. 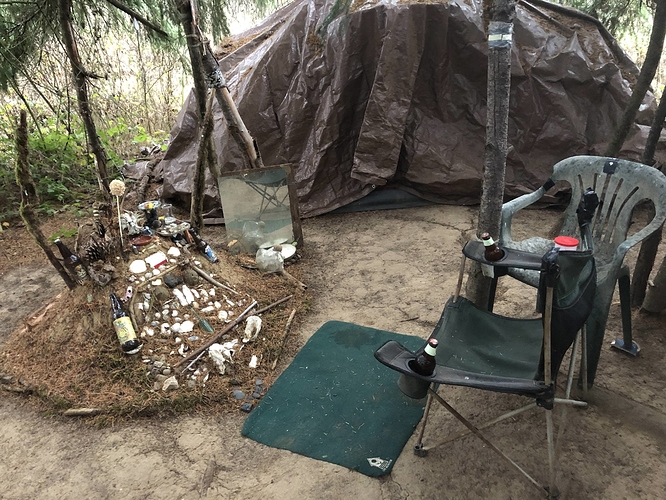 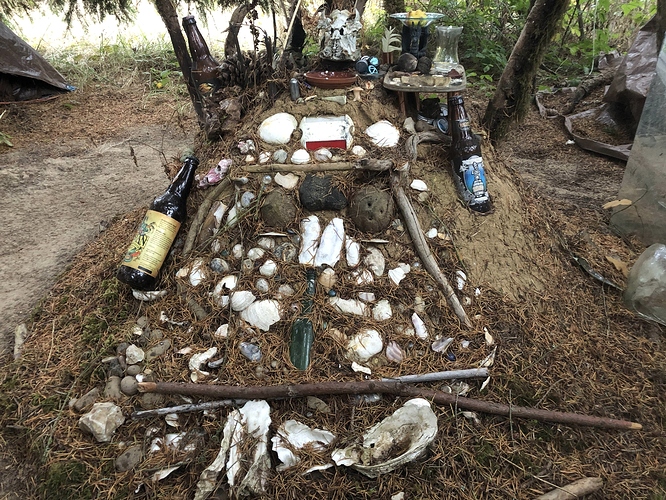 Some stuff I found and purchased in the last 10 years (found the blanket as mentioned, found the portrait, bought the glow in the dark scorpion, made the Keighn amulet in Missouri central station or w/e that huge landmark mall is called) 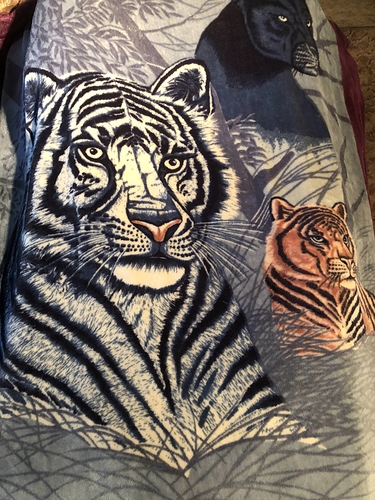 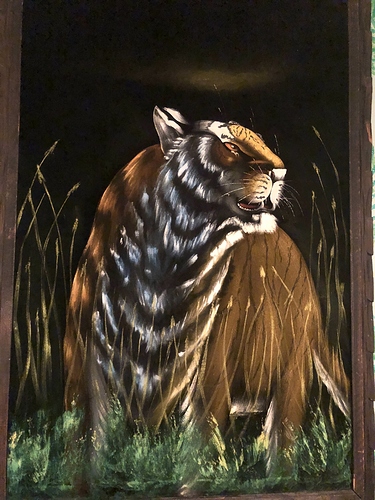 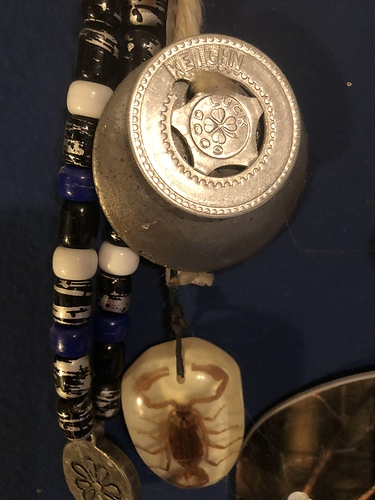 So, many instances, things and a pet family died this year: 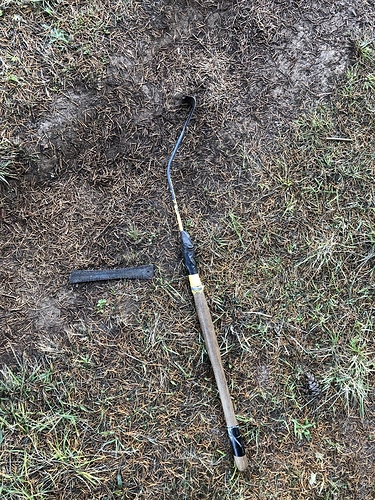 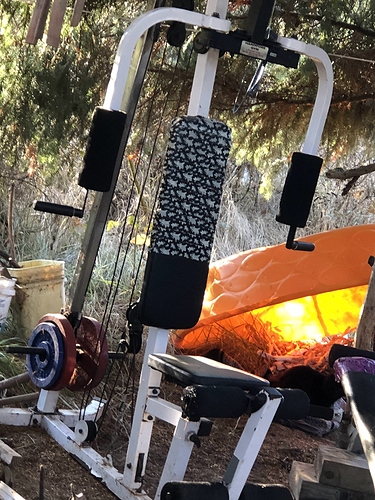 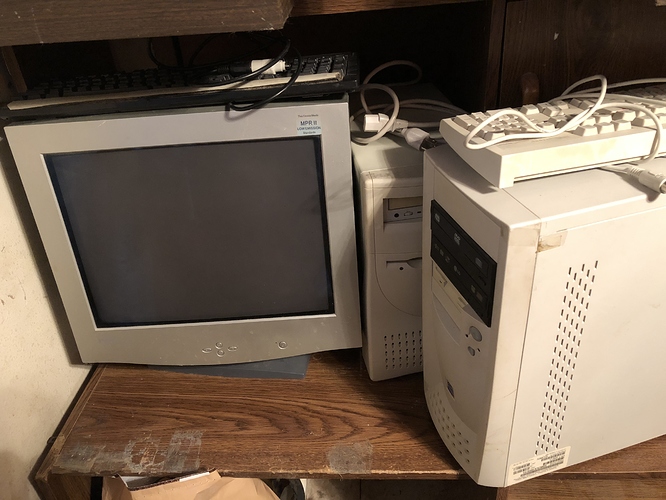 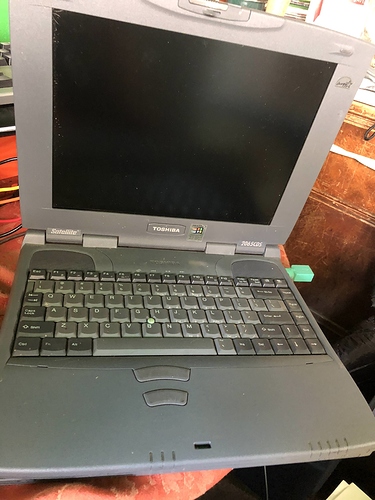 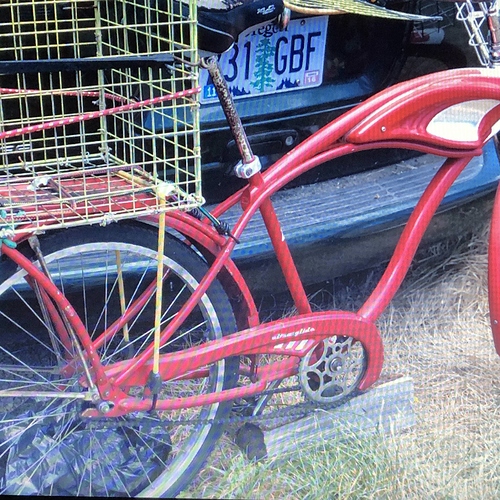 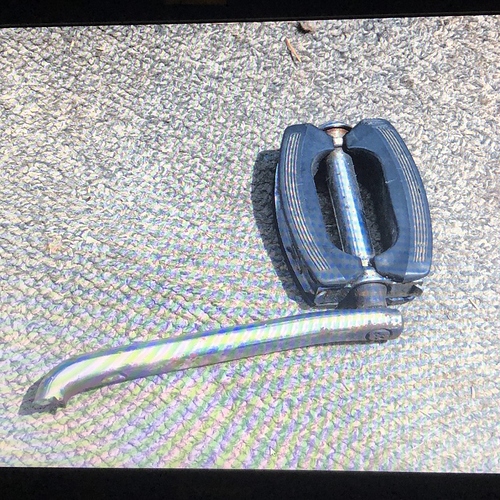 My loving cat: (passed on) 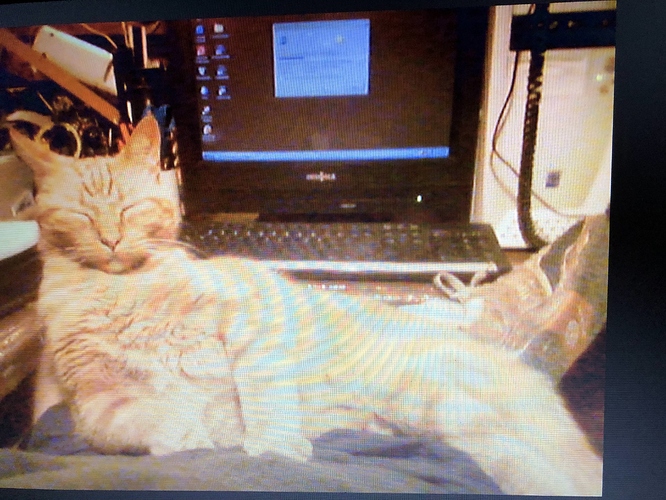 So, I’m going to actually celebrate my birth anniversary.

I did a lot of the prep on purchasing stuff to make the cake but I let my Ma make it since she wanted to. I also don’t usually drink but when I do I like heavy beer and wine. I bought my own presents. I haven’t bought the Chinese food yet or got a movie from library… I’ll remedy that soon I hope. 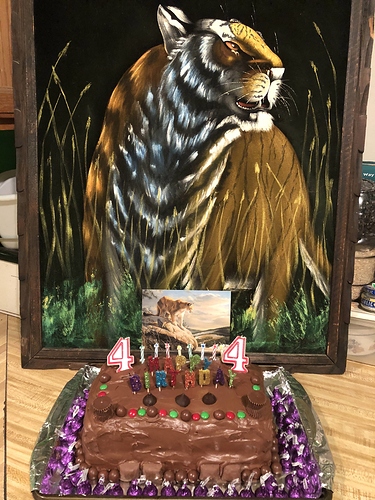 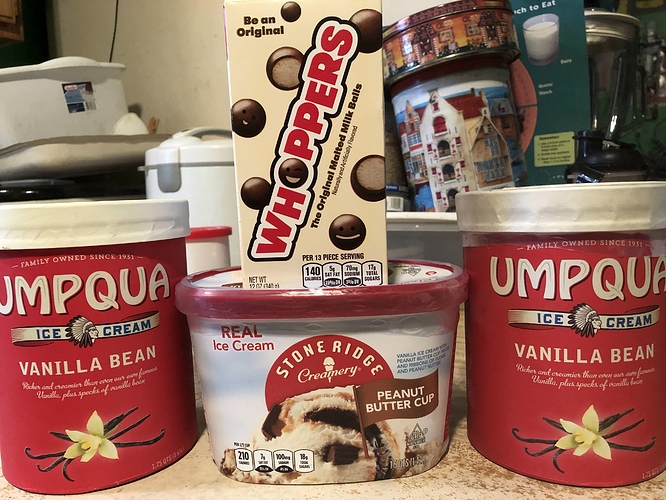 Squiddles & Clarence wished me a happy B-day too. 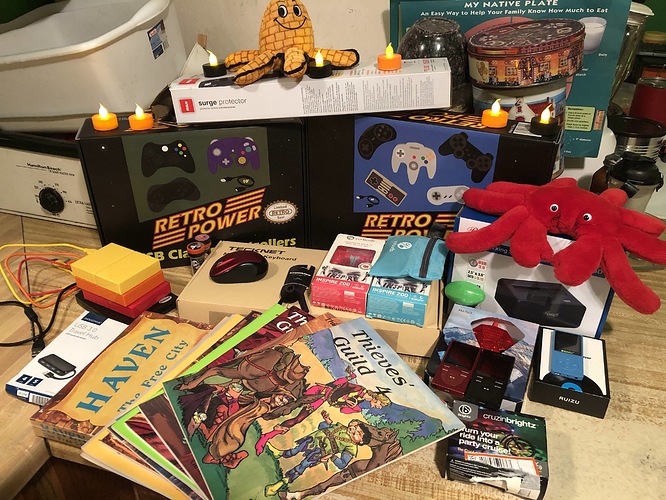 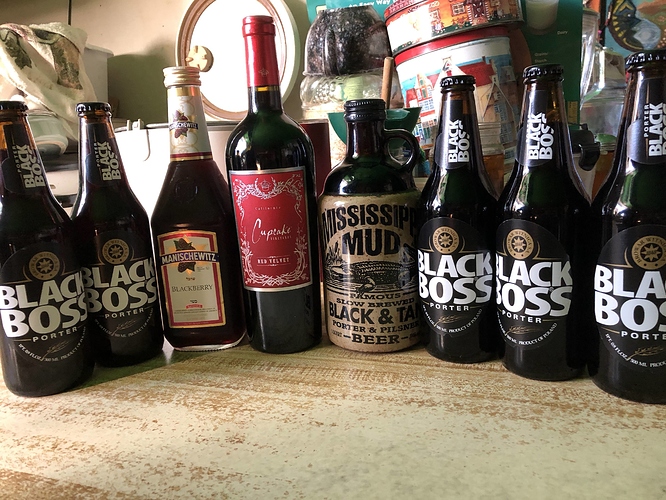 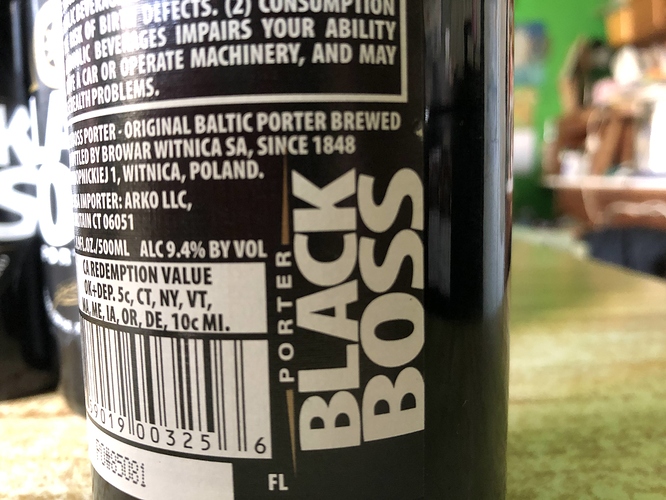 Hopefully, it’s a good porter. So not much else to say on this. Here’s hoping I look more positive at the future.

Hmmm Scorpio on the sag cusp. So was a boy I had a crush on once, felt a weird connection with him even though we never met in person. But I feel weird connections with many boys I have crushed on.

It’s because us scorpios exude or radiate sexuality or have strong focus in that directions. Ah probably why Lilith and Lucifer were my first spirits to rush towards. Sexual freedom. I still kick myself for not pre-ordering Asenaths latest book but I’m patient and have lots of other non-fun stuff I have to deal with. Taxes, taxes taxes…

Now I don’t want to jump to saying this boy was a soul mate, cause I have said that about at least two other boys. But I do wonder if me being obsessed with him for a while was a bit more than just me being insane, and knowing he was a Scorpio.

He could’ve been a soul mate. I sometimes get psychic impressions about an alternate timeline where I hadn’t spiritually advanced as much as I have. I could see myself meeting up with this guy and him not liking me, cause in this alternate world I had more obvious issues and was visibly weirder. But he could be from my soul family… when I think of his soul I imagine him younger than mine, and happy. Like a member of my soul family.

HAPPY BIRTHDAY to you.

Happy Birthday @Keighn! I am broke as hell today but wanted to do my best to offer you somekind of birthday gift.
Some of this stuff your probably fully aware of either way I wanted to provide you with this.
-Your birthdate 11 +21+19+74=125//1+2+5=8
-Your age 4+4=8
You were born on a Thursday, this being the case here is a list of spiritual entities who aren’t necessarily spirit guides, but definitely resonate with you.
Yazidi: Gibra’il, who is Sagad-Din
Sufi: Sarfya’il
Qabbalistic: Sachiel
Shemhamephorash: Ariel
Djinn King: Shamhurish
Djinn Offspring: Mismar
Olympic: Bethor
Qlippothic: Astaroth
Goetic(Runyon): Bifrons
Goetic(Connolly)(Tikaboo): Naberius (Day) Vapula (Night)
Sumerian: Enlil
Babylonian: Marduk
Egypt: Amun
Greek: Zues
Roman: Jove/Jupiter
Etruscan: Tinia/Menvra/Nethuns
Celtic: Taranus
Nordic: Thor
Slavic: Perun
Hindu: Vrishapati/Vishnu

And to further demonstrate your awesomeness you share a birthday with Björk.

Happy Birthday man I hope you have a fantastic day!

I hope this year to come brings you a fabulous change of fortunes, and that good luck flows your way.

Thank you all very much. My biggest change will be focussing on positivity. My parents finally got a new driver to take them grocery shopping once a week so that burden of biking with groceries won’t be piled on me. There might be incidentals but i bike most days of the week anyways.

My goals are focussing on the 9 gatekeepers and establishing a working relationship to gain ground on the agenda of opening the gates. I keep Buer close at hand or rather mind. And I swear I saw a guy that looked like a fancy musketeer swordsman/pirate in a red velvet old swashbuckler suit and cane. He had a classic goatee and thin mustache. Very odd as I know most the people in veneta. So perhaps Focolar as I said I envision him/her as a pirate. And it’s raining…

The food: and it was pretty rainy on the bike trip back. Good thing I can balance hanging bags on my handlebars pretty good. 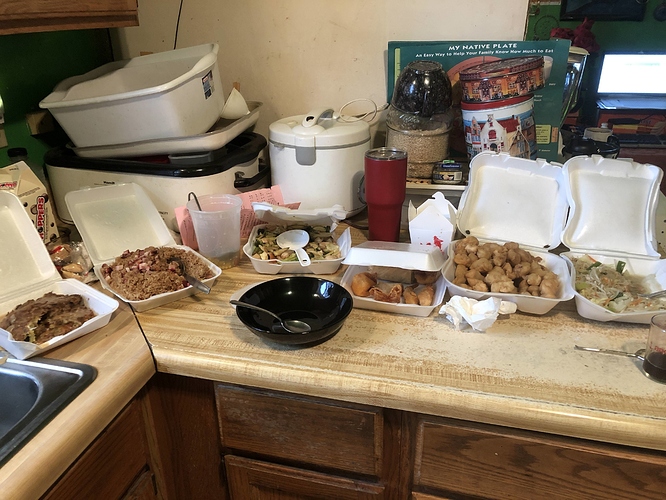 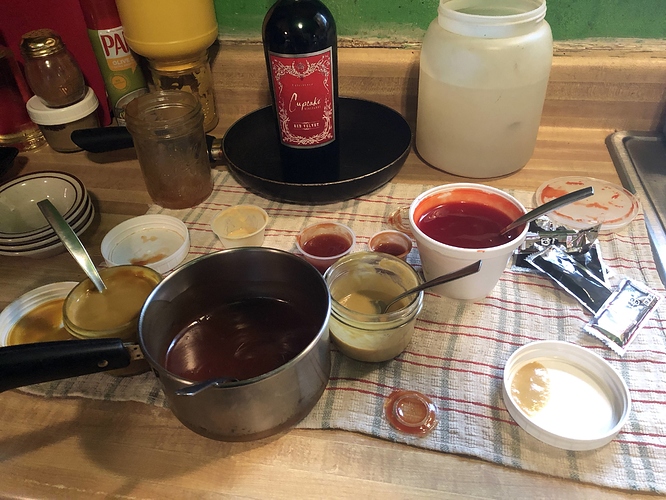 The sauce in the pan is one I made from a recipe (ketchup, pineapple based) 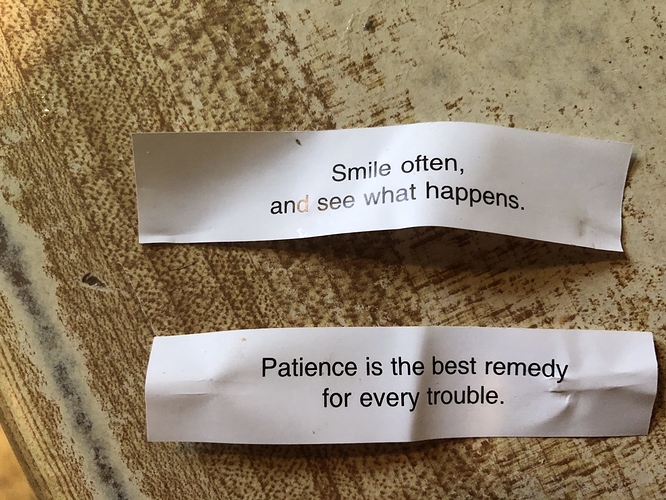 I get 2 because it’s my b-day, Ma gets next choice for birthing me, then Pa gets one.

And the movie I found: 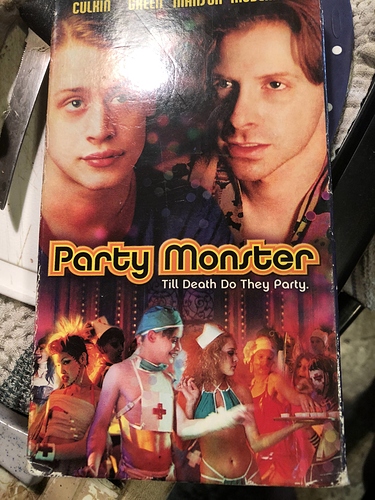 Remember, open thread for any birthday. I don’t mind.

Have a happy holidays if you celebrate them but next up for me is Winter Solstice then New Years.