So as I was laying down to go to sleep, I saw a shift in the energy and I felt Azazel around me. I was able see swirling in the energies as I heard him speak in my mind. However, I saw him with the head of a men and the body of a crow. I also saw him laying next to me as the form of a giant crow. I felt the breath of him talking in my ear. I was frightened because I never had such an experience before and he noticed that. I felt him touch my cheek and a tingling sensation on my the back of my neck. He had called me his wife and apparently we had gotten married in a past life. He made me feel safe in his presence.

My mind was filled was questions that we answered almost immediately and random thoughts until there was nothing for me to think or to question so I bid him a goodnight and fell asleep. I slept amazingly and now I’m wondering about me being Azazel’s wife.

Does he often marry or have more than one wife? Why did he choose me to be his wife? And how many times have I recantated?

Apparently, I’m a great powerful queen/ruler of legions who are apart of my kingdom, who await me to claim my kingdom and my command.

I’ve been wondering why the Goetia come to women and state they want to be their husbands. I think it may mean they want you to work closer with them than others.

Also, the energy was through the roof last night.

So I’m actually married to Azazel?

lol. I wouldn’t go that far…

i am way new here, but i have read some post about others having similar experiences, i believe there is to be a lot more discussion and clearing things, before you are married.
i mean this is what i have read. so i would suggest you should read those post, and maybe ask the people who have experienced it first hand.

I mean it is possible, but I wouldn’t go that far.
I’ve noticed that a lot of these spirits have another goal they’re trying to help you see.

I’m just trying to understand why he would call me his wife and tell me that we married in a previous life.

Weirder things have happened, perhaps he’s trying to get you to remember it.

It is entirely possible that remembering that life with Azazel will trigger something that will give you a massive leap in your Evolution or your ascent.

Interesting and probably. He definitely wants me to face my fears.

It could be that you were married to him in a past life. However, that in no way means you are married to him in this one. You have to make that choice, it cannot be made for you. This life is yours and belongs to no one but you. The choices made by a previous incarnation are not your choices, and mean nothing unless you decide they do. That is how free will works.

Azazel has had many lovers, and many wives. All of the Big Names have and do. Lucifer, Azazel, Belial, they all get around. Even King Paimon, who I was told is very selective about his wives, now has 4 that I personally know of. I agree with @VoodooWalk and think it serves a purpose beyond the usual way we look at marriage.

Hmm that is interesting and I’ll definitely put thought into it. This is definitely something to look into.

Spirit marriage definitely has some perks beyond spiritual advancement. I’m told the sex is incredible 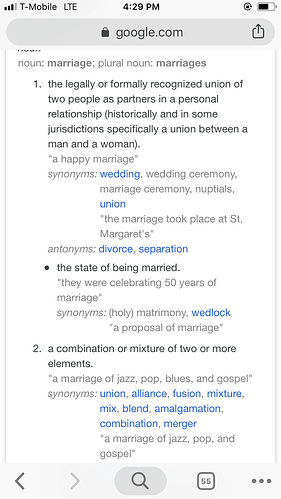