For Walpurgisnacht, I decided to evoke Belial. It seemed appropriate given “witch’s night” and Beltane. Also, this pink moon is all about new beginnings, entering a new phase, etc. Not mention the work that E.A. and company are doing at the same time. 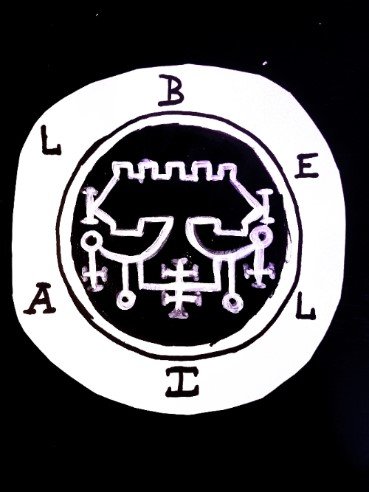 I cobbled together this sigil. It was rather effective. Once I began the work, the lines took almost no time at all to not only flash but to blur out and evaporate into smoke. That was pretty trippy.

His answers to my questions were fairly brief. When I asked him “what is your true nature”, his response was “I am Nature. As such, I am the literal God of the World.” By that, I’m guessing he’s referring to his earth element and essentially saying that he’s “god” of the “world”, as in, nature itself.
I’m guessing there’s already a known Cernunnos connection?

I also have a note that just says “Egyptian”. I seem to recall thinking that was enough to jog my memory later but, uh…nope. XD
Anyone aware of a verified Egyptian connection?

I asked if there was anything I could do to better my life. His answer was “Let go”. I kind of like that.

He gave me some very interesting hints regarding The River. I need to process it a bit and do some research but…it could be pretty awesome.

He was in support of my idea of turning magick into a full-time gig, on a few fronts. He seemed amenable to helping make that happen.

One really wild revelation, and he could be fucking with me…I was thinking about his description, the one about twin angels riding a chariot. And I muttered “The chariot is the merkaba. The twins are Gemini”. And then felt one of those oh-holy-shit moments, with the conviction that he is the thing that created the concept of Twin Flames. Which, for me, would be kind of a big deal. And it would explain a lot.
Fwiw, I distinctly felt Belial smile with this one.

In general, his tone was respectful and he never seemed condescending or irritated or anything like that.

He gave me a familiar that manifested as a weird, winged, leopard-serpent. I asked for a name and there was a pause before I heard “Isama”.
Isama is Armenian for “name”. It’s like he was saying “I don’t know. I just popped this thing out. You name it.” Lol.
I did a bit of research and there is a winged leopard thing in Daniel, in the bible. So there’s some sort of precedent, I guess. I have no idea what to do with it but ok.

This is fun…I have this hippy-dippy “crystal grid”. As it turns out, I designed Belial’s sigil to fit on it perfectly. This was not intentional. Not with my conscious mind, anyway. 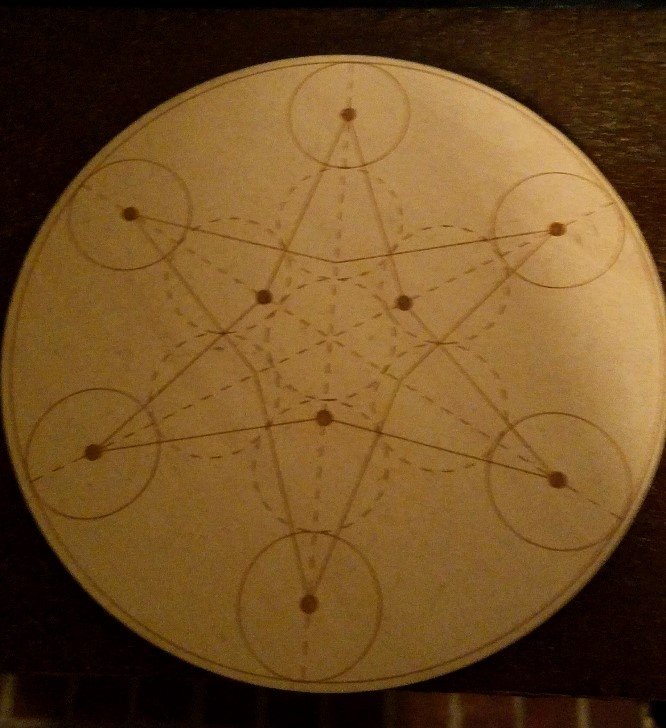 Here it is with his sigil laid on it: 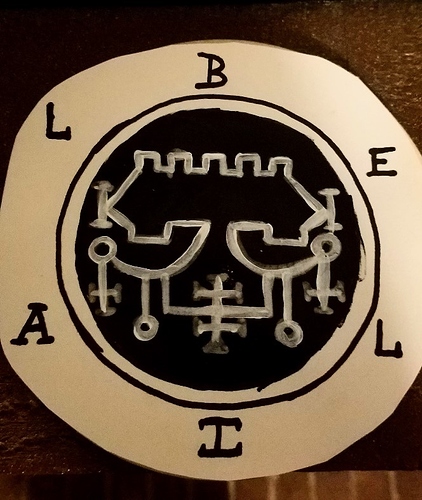 So, I have an “abundance crystal” that I’ve been charging and whatnot for the past 6 months or so. I also have a rose quartz orb that I got when I was told to create an object for channeling spirit guides. Over time, its purpose has morphed.

I put them both on the sigil and grid, as those energies would serve toward the aforementioned life goals.
After a couple hours of sitting on the sigil-grid, some weird shit started to happen to the crystal… 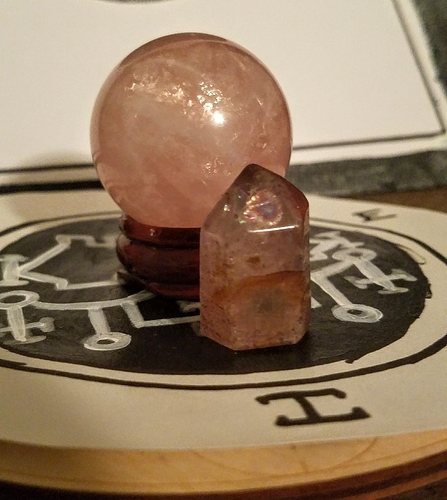 The maroon tint is from wine, from an earlier ritual. But the multicolored glow in the triangle bit at the top is new, as is the dark hue in the bottom. I took it off of the grid and verified that it’s not the reflection of the orb and sigil. That stuff is in the crystal. Something is happening to it.

As always, thoughts/opinions on all this are certainly welcome and appreciated.

Oh man. I almost forgot the best part. When calling him, I knew he was present when “Two Princes” by the Spin Doctors started playing in my head. I fucking hate that song but it was hilarious.

Belial has been dropping me a lot of brain bombs lately. This adds to the pile. Apparently I have a lot of searching to do.

The river could be the river of styx

One other thing. There was this odd moment where I froze, and felt energetic prodding at various points on my aetheric body. It was like an esoteric medical checkup or something.

That sound familiar to any of you Belial workers?

The last time I had evoked him, he corrected issues with my energy flow, fine-tuning it. So it wasn’t too surprising, other than I haven’t really heard of that entity being the physician type. Although I guess it’s more like a spiritual mechanic…

I’m not going to lie I did not read your post I was just interested in the title of the post and why you choose it. “That Lordless Lord” reminds me of Lorde the singer! Her song Push(from South Park) and how I was just thinking a minute ago how I want two things but can only have it one way but thought to myself “I don’t care I want it both ways so I’m going to find a way to get those two things I want!”

But what about the title “That Lordless Lord” mean?

Belial is “without a master”.

Yet you can only say that if you’re the master of all.

There is so much ‘reading’ I can do until I get bored or lose focus!

I felt a distinct energy from this post, and suddenly felt like running around telling people “You can’t tell me what to do!”.

What he said to you about “The chariot is the merkaba. The twins are Gemini” has me intrigued for some reason. And now I’m off to go read about the Twin Flames, 'cause I have no idea what that is.

read about the Twin Flames

Be prepared to wade through a sea of bullshit. It’s difficult to find information that isn’t over-saturated with new age agendas.

…So it’s not actually about soulmates?

But what about twin souls? And twins that are even higher in vibration/frequency/whatever than even that?

not actually about soulmates?

It’s a bit different than that, although that is what people initially tend to think. It’s more purposeful. Allegedly.
There are people who wish they could find their twin flame…and then there are the people who have, who say “don’t ever wish that on yourself”. XD

what about twin souls? 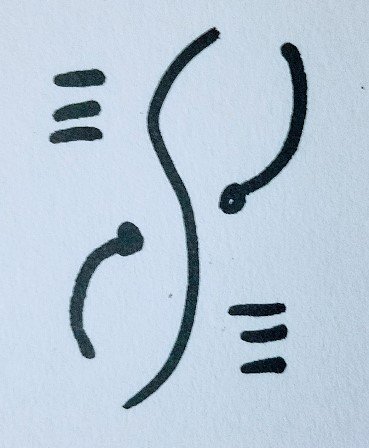 The River.
This is what got me going on the RNA kick.

Isn’t belial the lord of lies?

No, I think you mean Beelzebub.