Test of The Irregular Trapzoid

I’m gonna give a set of instructions…Noted some really interesting things and needed to see if its just me as a sort of odd case or if there is something real here. Im revealing what I have set up and noticed in hopes that someone elese willing to experiment will try it and ping back to me “bro, ur nuts , theres nothing there” or “holyshit ur onto something” …For now I suspect the former.

Draw a sigil that means (in ur own way) open a gate…the intention on it should be one of opening a portal. I wont give u a sigil because it has to come from u. Charge the thing and take a picture of it (or scan, ur preference). The original can go on the alter, and 3 copies of it tapped on the walls in such a manner as to produce an irregular trapezoid . Ideally u could set something up around ur bed, maybe arrange the four pieces of paper around ur bed to be a giant irregular trapezoid.

Note- if u dont want to plaster things on the wall, leave it on the ground…or maybe tape it to an object like a water bottle or some other object

My altar faces my bed…literally feet apart. I have noted more difficulty sleeping with no real understanding why. At night there will be figures, lights, and often presences that seem visible to the naked eye when the room is pitch black.

To explore the idea of the usefullness of trapezoids in magick, in pening portals, and as use as a tensor .

The trapezoid seems to cause dissonance in the operator, and that dissonance can be used to alter the consciousness of the operator to bring forth some interesting phenomenon such as hauntings. The first place I saw mention of it was in the Satanic Bible, and it intrigued me. I noted something similar in Smokeless Fire. Seeing data about something in two places be not enough to convince me, but it is enough to get me to experiment.

I have started to seal any sigils i use in a circle which crosses into itself 2 times, and the third times makes an incomplete 8…or a broken circle. This would be surrounded by a trapezoid. I tend to use IRREGULAR TRAPEZOIDS, rather than normal ones. I place as many little trapezoids within the trapezoidal space around the sigil. I noticed when looking at the sigils there would appear something that spins in all directions , like its very charged before the formal ritual of casting sigils for personal use.

I came to realize ,whatever conscious energy I be projecting towards the page be concentrated, packed, spinning, and it could be the effect of the irregular trapezoid on my mind. More or less its a hypothesis, I dunno why it happens, just that it does and I want to invite some of u to test it. Because if I’m full of shit, and there’s nothing here, I want to know. 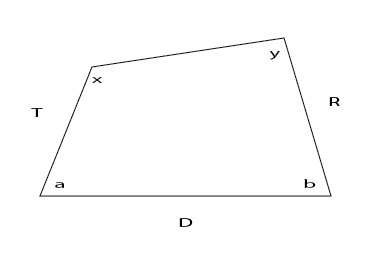