Tarot cards suggested I look for a new solution to an old problem, this problem being clairvoyance

Any ideas, anyone? My first thought is scrying.

Also, didn’t matter anyways!! (although it was a pleasant experience)

The problem above is why.

Look into power meditation techniques. I scry as well but I will be so much more affluent after doing the practices I’m currently doing.

Everything you’ll need to know in a proficiency tiered setup.

Lol JOS?? You sure about that? I mean i wouldn’t trust these guys

Well do you know of a better way?

Not to be rude or discredit your opinion because I do not have one on jos, I have to ask is that not … something for each to decide?

I guess what I’m saying is … your opinion is Great because it is yours but please, elaborate on what experiences you have when making this sort of statement. A simple one or two sentence reasoning w/e it is would certainly enlighten me, and perhaps others.

My first thought is scrying.

I agree. I would practice scrying daily, and work with Sastan, a spirit of the higher faculties from EA’s grimoire, Kingdoms of Flame. I believe his seal is available on the forum.

EA uses Sastan and Mepsitahl in both the Mastering Evocation course, and his book Works of Darkness, to develop the Vision and and the Voice.

You don’t need to practice meditation or chakra work to develop the faculties (though they can help). The Western magicians of old didn’t know a chakra from a hole in the ground, and developed the abilities by actively using them in ritual.

What I meant to say was that it never worked for me. I have tried many meditations on there and it just doesn’t stick 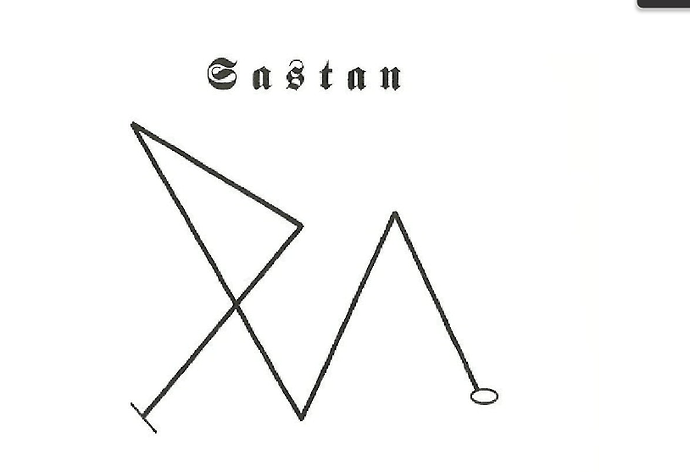 Thanks I can appreciate that answer. I think we all have probably tried something that simply didn’t work for us. We could get into the whys and discuss lust for results, doubt, indecisiveness, free will, strength of magician and a whole score of reasons something didn’t work.

My only comment based on your experience thing truly is, what works for me might not for you. What works for him might not for me and so on. I don’t know if any ritual or practice or magician claiming ( or that I believe ) 100% success.

Lol sorry Sir…Didn’t mean any offence. But It just never worked for me…And you’re right. Shouldn’t have added my opinion here…If it didn’t work for me doesn’t mean it won’t work for someone else. My bad

I wasn’t saying that. It’s quite alright to have an opinion based on experience. I was just wondering what the opinion was based on. It could have been something you read or heard at which I would have dismissed and been like, well try it at least before you say that.

Lol its ok. Were all on the same side here.

Lol I see that. A collection of opinions does help a person make decisions. Consider it like book reviews. Some of us read them, some of us don’t and some of us only read the 2/3/4 stars because anything there can be an opinion there is someone that says it was awful, someone who loved it and someone who says what they are supposed.

My experience with the meditations so far have been a somewhat uphill battle to gain any ground.

I did though had a breakthrough with the beginner tiers of meditations by asking Lucifer for assistance and I actually posted my experience with it on this forum.

But after that experience though, I’ve only been able to just partially recreate the feeling I got from that time.

So, pretty much what I learned from it is that I know the feeling that I need to achieve to open my 3rd eye and to proceed with astral travel.
Lucifer showed me the door, so to speak, now I just have to walk through it.

I have also had success with scrying as well. Mainly because when I stumbled upon the mirror that I use, I felt an instant connection with it and a little voice in my head saying “Get that! You need that!”

I have visually seen Lucifers face twice in the mirror along with other images, but its not fine tuned like I would like it to be.